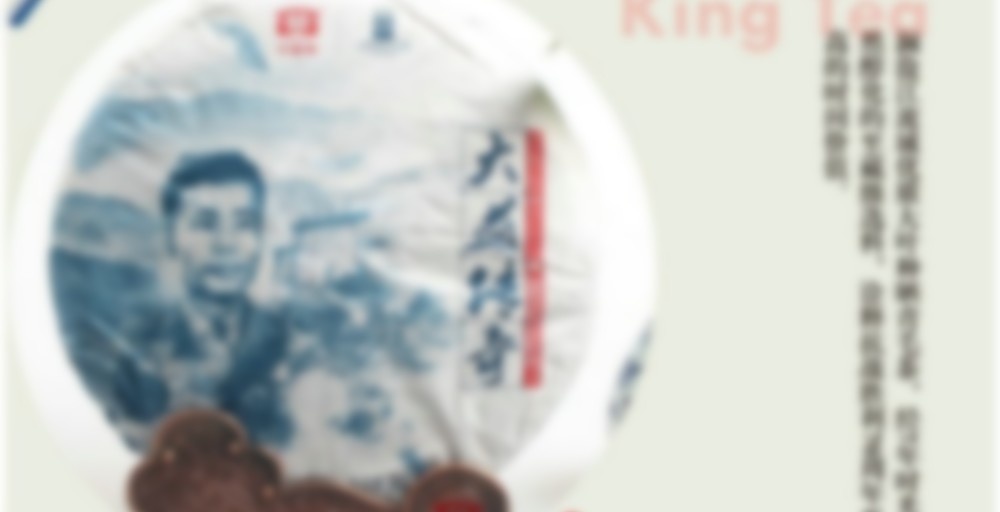 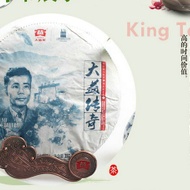 2015 Menghai Dayi ‘Legend of TaeTea’ Raw 357g
Currently available from King Tea on Aliexpress
Legend of Dayi Cake is a commemorative tea for the 70th Anniversary of the Victory of China’s Anti-Japanese War. It is blended with 2009~2015 high grade tea leaves. The cake is marked by fat tips and stretched lines, it brews a bright a golden yellow broth, mellow and full-bodied flavor and varied but balanced tastes with lasting sweet aftertaste and pure delicate aroma.

I just updated this one after some research. It has older tea leaf in this cake. Stored as MaoCha and then they were pressed into cakes.

I pulled 9 grams off the cake to start with and gave a 5 second rinse. There is color in the rinse that would support the older material.
I started steeping at 5 second increments. The color on th e brews is a nice golden. The aroma has the camphor humid type note to it. This is confirmed upon drinking the tea. You can taste the humidity and the camphor notes along with some mineral in there. The leaf was pretty tightly pressed and there is some bitterness in there as well. This thing is very similar in profile to EoT’s Baotang. It has good storage without being too wet. It gives some tongue tingle and it exudes mintiness breathing it in and out for a minute or so. This thing feels almost like a supercharged ‘7542’ hits all the good notes for me.
This was loads better than the Menghai ’Old Tree Round" I had a while back. Maybe Menghai is something that can be drank without a 5 year or so aging process. I have a couple of more in this same style production to try as well from Menghai.

There are something like four versions of this in the catalog.

I like the comparison to the EoT tea, although I’ve not tried it. It shows you have pinned it down to something specific.

@tea123 it is very close. I think an initial tasting would be close. The Baotang has a touch more depth to it.

@Cwyn, I think this has had some emphasis put on it. It is very much different from the 2012 that I have. It is still chop and goes maybe 9 steeps before I tossed it but the age of the leaf is evident with the taste and color.

That Baotang is superb. I’ll have to look into this.

^I second Haveteawilltravel’s comment. mrmopar thank you for directing me onto Baotang a few months ago, so I’ll have to look into this tea too.

Is “Baotang” an alternative spelling of Bo He Tang? “Bohe” is mandarin for peppermint. Stuff from this terrior is extremely rare and pricey.

@mrmopar where did you buy this? King Tea?

Sqt, I did in fact get it from King Tea. I bought it on a whim for historical aspect but it turned out well so I grabbed another.

@mrmopar thank you, threw in a cake with my last order :)