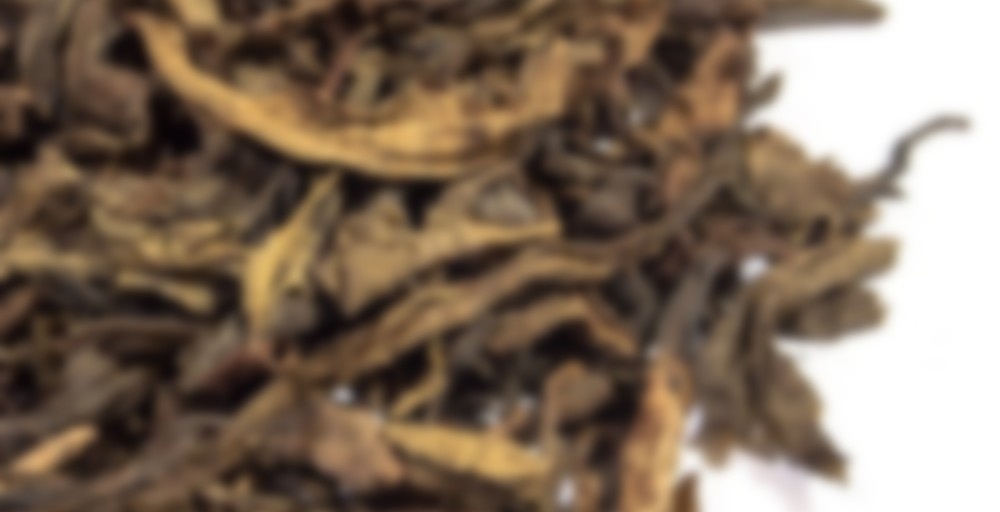 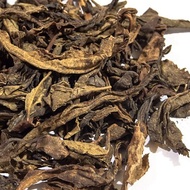 by New Mexico Tea Company
--
You

This rare, 1995, green (aka uncooked or sheng) puerh tea from Yunnan is aging perfectly and is phenomenal to drink right now, or to age further. The infused cup of tea has a very clear, bright, green, slightly sweet flavor, with just a hint of a toasty note. While the infusion is light in color, there is tons of flavor in the cup. Good for multiple infusions. This is a fabulous green puerh tea, that will just get better as it ages.
EXTRA INFO:

After picking appropriate tender leaves, the first step in making raw pu’er is converting the leaf to maocha (“light green rough tea” ). The leaves are then dry pan-fried using a large wok in a process, which stops enzyme activity in the leaf and prevents further oxidation. The leaves can then be rolled, rubbed, and shaped through several steps into strands. The shaped leaves are then ideally dried in the sun and then manually picked through to remove bad leaves. Once dry, maocha can be sent directly to the factory to be pressed into raw pu’er, or like this one aged uncompressed and sold at its maturity as aged loose-leaf raw pu’er.
INGREDIENTS:

So far, I’m not having any luck with sheng puerhs. Only once did I ever have an aged sheng that I really liked. Young sheng has been too bitter and heavy on the mineral notes for me. This aged one is not bitter at all and the flavor is best described as earthy, but still not quite to my liking. The one aged sheng that I liked was only a couple of years older than this one and I got it from the Bana Tea Co. as a free sample with another purchase. I don’t know exactly which one it was or if it was aged in loose or compressed form, but maybe that makes the difference?

As I’ve been doing a lot lately, I brewed tea to share with my parents and sister. My father wanted coffee, but he sampled some of this from my mother’s cup and said it was a superb tea but that he didn’t think that my mother was going to like it. My mother tries it and immediately associates it with “tea brewed in the environment of diesel trucks and manly stuff,” not as an insult to the tea so much as an affirmation that it is definitely my father’s kind of tea more-so than hers. Nevertheless, she finished her cup, asking only that I provide her with a couple of tea cookies to help it go down :)

My little sister claims to love every tea I have ever given her with the exception of Lapsang Souchong. She gave the thumbs up to this one too, but she traded with my father for his coffee half way through her cup.

I gave the rest of the bag of tea to my father, where it will be much better appreciated.

I love that your tea tasting was a family affair. How fun!

Yes, lots of fun! But not for much longer because they will be moving soon. :(