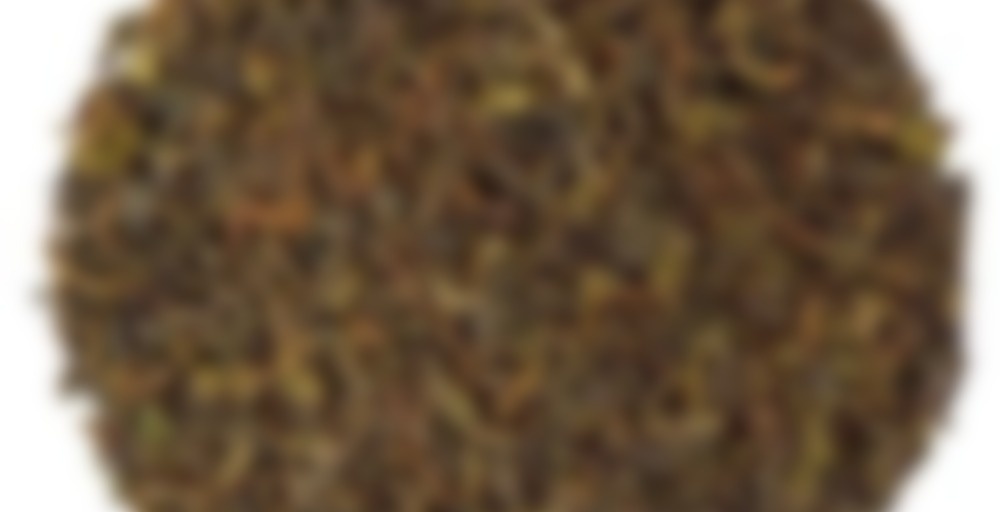 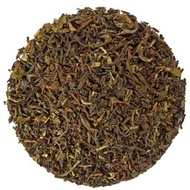 This tea is picked in the Second Flush which occurs during June/July time and comes from the Margerets Hope Tea Estate., which is located at 2,000 meters in Southern Darjeeling. The estate was founded over a hundered years ago and was renamed in the 1930’s when its owner visited the estate with his daughter Margaret. Margaret adored the estate, sadly on her return to England she fell ill and passed away. As atribute to his daughter the owner renamed the Estate Margaret’s Hope.

This tea has a bright liquor and a fine muscatel character.

This morning we’ve got another not-random choice. I had the first flush from this estate yesterday evening and thought I ought to do this one while I had that one in fresh memory. Then we’ll see if I can tell a difference.

At least these leaves don’t smell of curry. The aroma after steeping isn’t that much different from the first flush. Perhaps a little darker in the grass note, but that’s all. It smells a little more like what I tend to connect with Darjeelings, which I guess makes sense, doesn’t it. If the first flush is all swallowed up by prestige.

Taste is a bit more what I normally associate with Darjeelings, but it still seems very familiar to the first flush. I seriously doubt I could tell them apart if you gave me a blind test or something. Again, a little harsher on the grass-y note. It’s difficult to explain, it just tastes rougher and darker.

It doesn’t have as much of that astringent bitterness on the swallow that the first flush had, but I think that can be explained away by water temperature. I’m pretty certain the water was a little cooler today than it was yesterday. It’s coming out more as the cup cools a bit, though. I don’t think it’s something you can get rid of completely, I think it’s supposed to be there. But you can control the amount to a degree.

The grape-that-I-don’t-recognise-as-grapes doesn’t seem to have put in an appearance, though.

When it comes to the first and second flush, I don’t really think I’ve got a preference here.