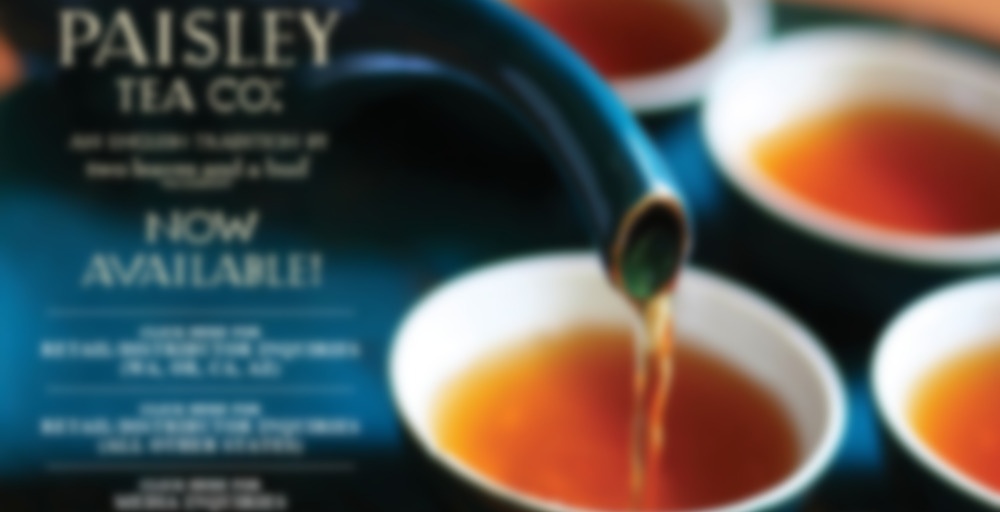 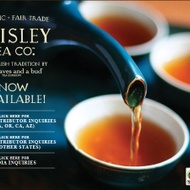 by Paisley Tea Co
79
You

ORGANIC DOUBLE EARL GREY
The legendary Earl Grey flavour
made possible with citrus bergamot
oil gets the royal treatment in this
cup of tea with twice the zest.
It’s the Bergamost!

Today was my last day at work. 31 years 6 months then laid off. Actually today was pretty unemotional. I made a conscious decision earlier in the week to shake the dust off my feet as I left the place. Life is too long to hold on to hate and anger. Onward and upward.

Anyway I took all my tea home Wednesday with the intention of taking a few tea bags… but I forgot them. So, I borrowed this from a coworker. I gave him this one a while back in an attempt to expand his horizons beyond Lipton. Got me through the morning. Glad he hadn’t finished them all off yet.

all the very best for the future KS

If not this, something better, as my dad always says. I wish you the best of luck and fortune in finding something new.

Happy Independence Day. May the change bring nothing but unexpected blessings.

Here is to new beginnings!

Independence Day… I love it. My wife seems pretty at peace with it today as well.

K S we all wish you the best!

You DO have the alarm clock turned off so you can sleep in tomorrow, yes?

K S: celebrate tomorrow with some great tea. Praying….and BELIEVING…that great things are coming because of all this, enabled by all this!

Thanks all. I slept sound last night and awoke refreshed at 7:30. Good start to the day. I had to run all morning to get some things lined out. Still going to have a lot of running come Monday, for this afternoon though I am going to sit and read a book.

“Be still and know that I am God”

Paisley Tea Co is a NEW Tea Company and a sister company of Tea Leaves And A Bud! These are English Style Tea Bags. They come in a somewhat ‘normal’ looking box (as far as tea bags are concerned) but when you open it the bags are sealed in a PAISLEY Decorated Plastic Baggy. The Tea Bags are pretty standard looking. Once opening the plastic the Bergamot is highly smellable!

This ‘brews’ quite dark. It has a nice Bergamot Flavor but it’s not overpowering or stale-tasting like some other bagged EG’s I have tried. The Earl Grey-ness isn’t overly astringent, either. It has a nice, yet, unexpected woodsy-ness to it…but just a touch of the taste pops thru…it’s a neat addition. Towards the end of the sip it seems like it’s going to smooth out a bit but then there is a peppery kick that surprises you!

This is a solid bagged EG! Not only that but it’s neat to have a surprise or two along the way your sip of Earl! Thumbs up!

Sheldon: What kind of tea would you like? (Proceeds to open a lovely little glass-and-wood “TEA” display case full of bagged teas.)
Amy: I think I’m gonna try…green tea mixed with lemon zinger.
Sheldon: Two tea bags in one cup…We’re not at a rave!
…
Sheldon: Now, imagine this…You and I, entering Stuart’s party, and all eyes turn to see America’s most beloved and glamourous couple…
Amy: Yeeeeaaah…?
Sheldon: R2-D2 and C-3PO. Dibs on 3PO.
Amy: Sheldon, when I said “couples costume,” I meant, like, Romeo & Juliet, or Cinderella & Prince Charming, not two robots from some silly movie I don’t even like!
Sheldon: Ohhhhhhh-kay! I’m gonna let that slide because I know you’re hopped up on tea bags!

Yesterday, I dropped an orange Airborne tablet into a second steep of an H&S organic rooibos teabag. It worked out well enough that I’d like to try it with a first steep at some point. Today, I tried the same experiment with one of these teabags, except that it’s a first steep, not a second steep. When I tried this tea for the first time, yesterday, I wasn’t impressed by the boldness (or lack thereof, rather) of the bergamot. I thought maybe the orange Airborne would go well with it.

Unfortunately (and also, shockingly), I don’t think this tea is strong enough for this experiment. Shockingly because surely a black tea would do better in the experiment than a second-steep rooibos, yes? Apparently not. =)

Oh well, it was worth a shot. I still think this is a good idea, so I’ll just try again with a different tea. =)

I love Big Bang Theory too. My favorite sitcom.

… hopped up on tea bags.
Bwhahaha! Just remembering it cracks me up all over again.

I’m tempted to say I’ve never met an earl grey I didn’t like, but that would be a lie. I’ve come across some earl grey that wouldn’t even save in a fire. However this grey is a keeper. Really sharp, coppery when overstepped and unexpectedly floral. A really nice mouth feel when in the mood for as loud black tea. It helps that everyone else hates it, because that means it get to have it all to myself. Hmm