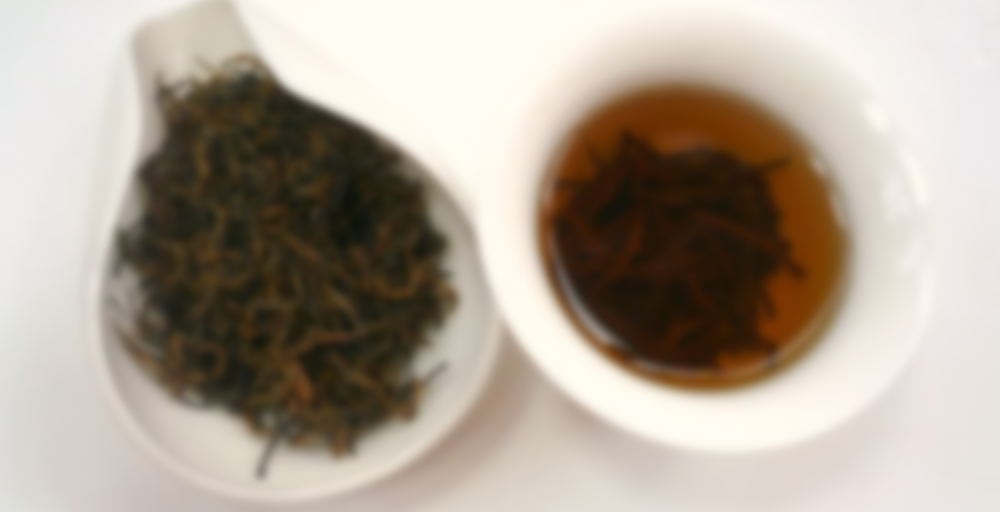 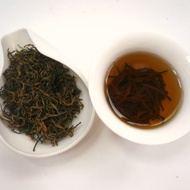 From Pot In Pot (eBay)

Tanyang has a spring-like climate all the year round and the beautiful and varied landscape of mountains. The water here is as clean as a mirror, as sweet as bees honey. The tanyang Kungfu black tea developed during years of Xianfeng and Tongzhi in Qing dynasty has an excellent quality with a history of about 100 years. Linong black tea with a slender and even shape is a continuation of tan yang black teas spirit. It is of golden bristle and bright black color. The color of brewed tea is bright golden yellow. The bottom of brewed tea leaves show a smoothly redness, and you will never forgot the refreshing sweet taste.

Oh my goshy-wosh! Look here what I found in the sample basket coming from the big box of tea that Dax Pamela Dean sent me! I was looking through the basket earlier to see what was in there and oh look I still had some Tan Yang! Okay, so it’s not the Tan Yang, the Perfect one, but it’s close enough just for being called ‘Tan Yang.’

It seems to be a bit thinner and weaker than the Tan Yang I’m used to, but I’m not holding that against these leaves for two reasons. 1, they may have faded some in transport and wrapping and 2, there were less leaf than I think I would have used for a pot other wise. Having just dumped the whole lot in the pot I can’t know for exactly certain, but it seemed like a smaller amount. Probably should have given it a longer steeping time.

It is, however, still Tan Yang, and you can’t go wrong with Tan Yang. You can’t do it, it’s undoable. It just is. You may as well accept this as fact sooner or later. So I’ll just try to ignore the weakness and see what’s underneath while trying to imagine in my head the way it would have been if I’d had enough leaf for a customary brewing.

Gosh, it’s properly Tan Yang-y in the flavour though. All smooth and grainy and with a great big generous dash of cocoa in it as well. Yes, if this had been a customary brewing it would totally have held up to the Perfect Tan Yang Te Ji. Easily.

Say, have I ever mentioned what my favourite black tea is?

In other news, have a look at this picture. It’s not finished yet but it will be our Tea Making Station. Once we get some shelves up anyway (shelves have been shelved until further notice though. See what I did there? wink nudge ) https://picasaweb.google.com/lh/photo/CQFw1eqXqcjlz5MH4bh3VunJOfe6_LFJWQwI2FsYNwU?feat=directlink

I have tea making station envy!

I read that this is also called Panyang Congou, which, if that’s the case, then I included a sample in the package I sent you! :) It’s a lovely tea station, too.

ooooh, I second the envy of having a tea making station. It’s own dedicated area!!!

love the description…look forward to trying something similiar….also had a chance to look at the pic of the tea area, just a observation, but if that is indeed a window to the right (where the ledge is), if you get much light from there or you keep the window open much, sunlight works to degrade tea and the incoming moisture can also cause tea to break down. Most of your teas looked like they were in sealed containers, so that will help. I try to keep my kettle also separate from my tea station, so that moisture and steam doesn’t settle on my teas and potential spills don’t leak into the non-tin sealed teas. Its great that you have a dedicated area for tea though and good luck with your brewing!

Thanks everybody! To those of you interested in the tea type, I can only recommend tracking it down and trying it out because it’s om-nom-nommy.

Kashyap, the ledge to the right isn’t a window. The kitchen and the dining area is technically one room, but they are separated by a step and a sort of half wall with an opening. The ledge you can see is the half wall on one side of the opening. :) If you look closely, you can see something grey behind the roll of kitchen paper. That would be the fridge.