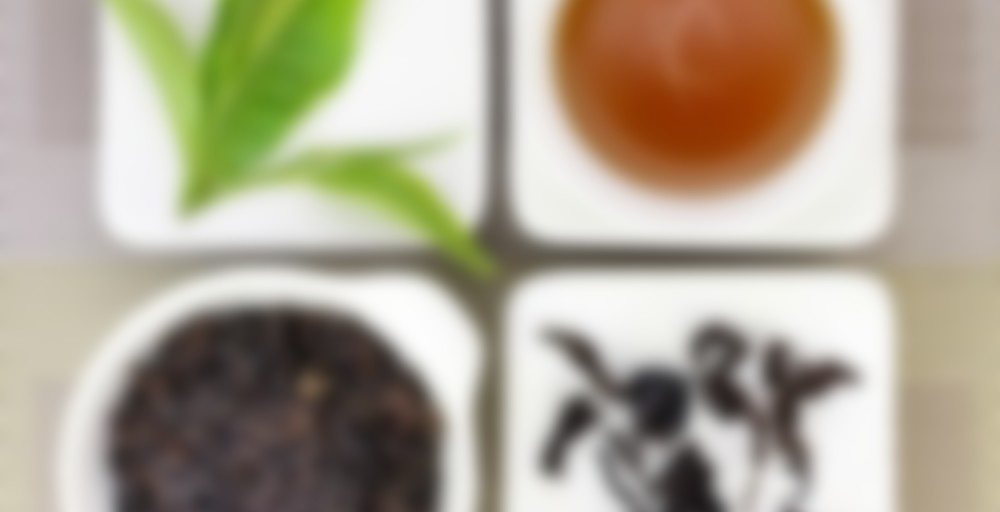 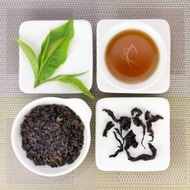 by Taiwan Tea Crafts
64
You

This is the last tea review from my April backlog. I figured I would go ahead and post it while I was still sitting at my computer. It seems that the number of aged Qing Xin oolongs offered by vendors of Taiwanese tea has been growing in recent years. Aside from this tea, I have seen quite a few others on the market with production dates ranging from the early 1990s to the mid-late 2000s. Buying aged oolongs is always a crapshoot for me. I’m not huge on them, and quite frankly, quality is often variable. I was not expecting much out of this one, largely because the previous reviewers were not enamored with it, but I have to say that it pleasantly surprised me. As aged Taiwanese oolongs go, this was actually quite pleasant and drinkable.

Prior to the rinse, the dry tea leaves produced aromas of cedar, pine, plum, peach, and raisin. After the rinse, I detected aromas of roasted almond, orchid, pear, and straw. The first infusion brought out aromas of coconut, pineapple, and vanilla. In the mouth, the tea liquor offered notes of cedar, pine, coconut, vanilla, pineapple, straw, roasted almond, orchid, and peach that were backed by hints of mango, papaya, caramel, and some sort of melon. The subsequent infusions introduced olive, mango, leather, nutmeg, cherry, papaya, caramel, apple, white grape, and cantaloupe aromas. Impressions of minerals, nutmeg, leather, fennel, cinnamon, olive, cherry, apple, and white grape emerged in the mouth alongside belatedly emerging notes of pear and plum and more immediate and prevalent impressions of mango, papaya, and caramel. The melon notes also took shape as I noted a distinct cantaloupe impression in the mouth. As the tea faded, I began to primarily note mineral, mango, peach, pear, roasted almond, plum, cherry, and vanilla impressions that were underscored by hints of nutmeg, fennel, leather, papaya, cedar, pine, apple, and cantaloupe.

Honestly, this struck me as being a very nice tea. I’m not sure what other reviewers found to be objectionable about it. I was especially impressed by the vibrancy of its aromas and flavors. One does not generally find aged oolongs that are so fruity and sweet. My only real quibble was that the texture of the tea liquor was a bit grainy for my tastes, but other than that, this was a very nice aged oolong.

Beware, tastes nothing like the 1993 Family Reserve the website compares it to (and which I very much liked).

Went through about 6 gongfu infusions. Quite a lot of bitterness. A nice buttery scent with hints of same in the taste. Otherwise very little here. Definitely none of the interesting aged flavours in the older versions of this from the vendor. Would not recommend at this point (will update after trying it a few more times and playing around with brewing parameters).

Grandpa brewed: This is much better. I would adjust my rating up to about 65 this way. Some hints of the cooling/menthol aged feeling as well as more interest in the flavour. Still a little bitter, buttery scent completely absent. Suggests that a longer ageing time might actually help here (will have to get a vacuum sealer…)

I keep trying to like this tea, and underneath the bitterness I can just about detect something nice. But the bitterness is just crazy strong and ruins it. I’m putting most of what I have into storage in the hope that it might turn into something good in 10 or 20 years, but for the price you could buy tea that is that old now, or just much better younger oolong.

Dry leaf reminded me of raisins which were presumably covered in dust. As the leaf gets the water, there is an added note of “spiced raisins,” but that seems to be the only thing I had written about the aroma of the leaf.

I noted that the tea was very stale, drying, bitter, and had a very subtle note of raisin. This tea might’ve been quite nice in 2001, but it has definitely lost all of the potential of those once quality, tasty flavors. I had to stop a few times during the session to drink a glass of water due to the high astringency throughout the session.