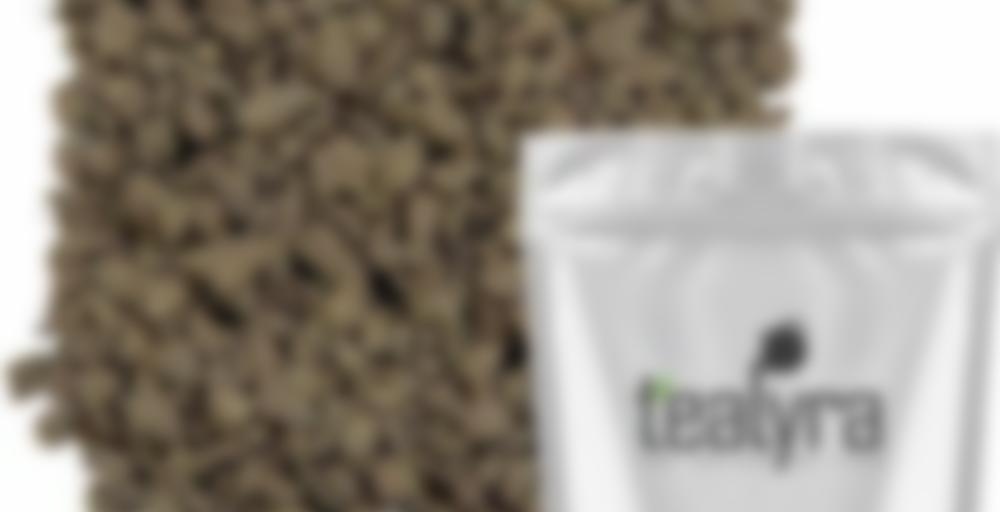 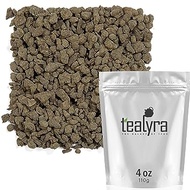 Imperial Ren Shen Ginseng Oolong is composed of oxidised oolong enveloped in ginseng and Chinese vanilla, the rich, crisp Oolong taste of this tea offers a refreshing velvety taste that segues into a predominant nuttiness after a few infusions.

Ginseng Oolong tea (also known as Ren Shen, or Lady Orchid) is an invigorating blend of high quality oolong and ginseng. This energetic, strong drink keeps you active and on your feet all day long naturally boosting your energy. Renowned for its orchid-like aroma, Imperial Ren Sheng Ginseng leaves a lingering, sweet aftertaste of Chinese vanilla to soften the light bitterness of raw ginseng.
Studies on ginseng indicate that people who drink ginseng tea have a lower risk of developing cancer. Medical experts highly recommend drinking herbal ginseng teas in order to eliminate the risk of cancerous cell growth in the body.

I is for… Imperial Ren Shen Ginseng Oolong!

I didn’t have a lot of I teas to choose from, so I was excited to see I did have something that would be a good for to brew Gongfu! I had thought about doing a Ginseng Oolong on “G Day” but never got around to it, so this was an especially good option for that reason as well!

Steeped this one up outside – I’m really enjoying that it’s been warm enough to do that consistently lately! It’s so smooth w/ an array of coating ginseng and licorice notes and a strong woody flavour with a green edge. These beautiful leaves, with their mossy pebble appearance, seem right at home outside – one could easily mistake them as a part of the environment.

Honestly, I’m just still not over the fact I can sit outside an enjoy a full tea session at seven at night while still enjoying decently good natural lighting and not freezing my ass off! Cannot wait for summer!

Hey all, I know I have been out of action for a couple days. Sorry about that. I have been dealing with a lot of job stress (I have finally fully realized that the position I transferred into in November is not for me and I’m trying to find a way out into something that suits me better). So, needless to say, I have not been nearly as productive on the tea reviewing front. As a matter of fact, this oolong is the only thing I have been drinking for the past couple of days, which is unfortunate because this is not my thing at all.

For this review session, I prepared this tea gongfu style. I gave this one an extended rinse (10-12 seconds) in the hope of rousing the tea a little. I had tried this tea prior to this and my first impression was that there wasn’t much to it, so I figured I could get a stronger flavor right off the bat if I drew out the rinse and then started with a longer-than-average first infusion. Normally, I start off with either a 5 or 10 second infusion with most oolongs. I started with 15 seconds here. I followed this infusion up with 14 subsequent infusions. Steep times for these infusions were as follows: 18 seconds, 20 seconds, 30 seconds, 40 seconds, 50 seconds, 1 minute, 1 minute 15 seconds, 1 minute 30 seconds, 2 minutes, 2 minutes 30 seconds, 3 minutes, 4 minutes, 5 minutes, and 7 minutes. Can you tell I had no clue what I was doing or where I was going with this one?

Prior to the rinse, the dry leaves (which are basically entombed in a sarcophagus of ginseng and Xiang Cao) give off a light musty odor. After the rinse, I could only detect hints of vanilla, ginseng, and grass. The first infusion produced an almost identical aroma. In the mouth, I was just barely able to detect notes of sweetgrass, cream, butter, cucumber, watercress, Chinese vanilla, and ginseng. The next two infusions were virtually identical in every aspect. Subsequent infusions gradually grew smoother and sweeter. The aromas and flavors of Chinese vanilla and ginseng grew more pronounced. Later infusions saw the Xiang Cao merge with the underlying cream note as the sweet, herbal ginseng notes started to fade. The liquor grew slightly more buttery, while a subtle mineral presence began to emerge.

Considering that I do not know what to make of this, it could have been far worse. I think the mistake I made initially was not fully committing to a lengthy first infusion. I should have started around 20 seconds because it takes this one awhile to open up. Once it did open up, however, I did not find there to be all that much to it. The tea, itself, did not have much character, serving as a relatively neutral base from which the Chinese vanilla and ginseng sprung. I guess that was the idea, but I kept looking for additional points of interest and did not find any. It was a very uncluttered drinking experience, but unfortunately, that also means it was a little boring for me. I also have to note that I found the mouthfeel of the tea liquor unappealing. It was very slick, limp, and thin, the liquid equivalent of a dead fish handshake complete with that odd ginseng grittiness on the back of the throat. I am beginning to get the idea that some of these ginseng oolongs just may not be for me.

Oh no, that’s too bad that your position isn’t a good fit. I really hope you can find something better soon.

Me too. I transferred into this position after my vocational rehab position became unbearable. I not only had my full caseload, but was responsible for training new instructors, and covering other people’s caseloads every time they missed work. On top of that, I had to handle anywhere from 45-75% of the horticulture (it was a horticultural program), had to constantly assist with site maintenance, work with case managers, facilitate meetings, and report incidents, all while being paid 16K less than the fair market value of my credentials and experience with no hope of a raise or a promotion. When I was required to assist one of our clients one-on-one with toileting and I discovered that a plan was in the works to have me administer medications, I took the first transfer I could get. Unfortunately, my new job is not up my alley. I was under the impression that I would be going to schools and leading anti-bullying presentations and workshops, but really what I’m expected to do is sell a specific prevention and intervention curriculum within my program. I haven’t been trained and have virtually no contact with my supervisor. I feel like I’ve been set up to fail. I don’t fit in with my coworkers (I’m the only guy) either.

The only ginseng oolong I like is the one from Teavivre. Maybe that one will win you over!

Alhambra, I would certainly be open to trying that one. Now that I think about it, I do recall there being one from Tealyra that I liked. It was the Ginseng Premium Oolong. It used a Taiwanese rather than a Chinese tea base and it was very sweet.

There was also another of these Ren Shen oolongs I had way back when that I greatly enjoyed. I can’t remember where I got it, but I do recall buying this one with the hope that it would be similar to that one. Unfortunately, that was not the case.