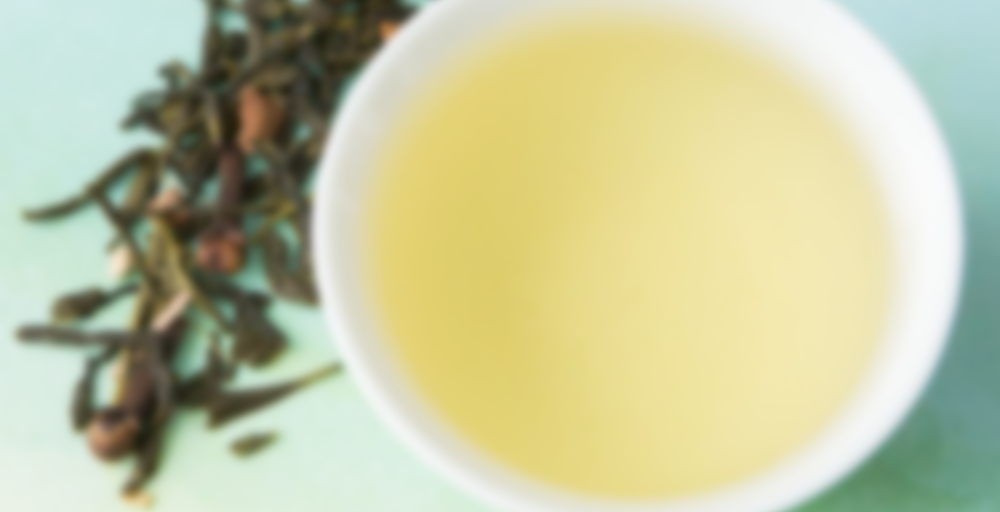 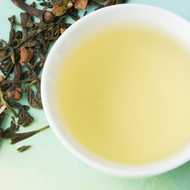 I used this tea in my Salted Caramel smoothie yesterday to add an apple component (I don’t like actual blended apples because apple sauce is one of many foods that gives me texture issues), and it smelled so nice as the hot tea was steeping before I put it in the fridge to chill that I decided I wanted to make a cup of it as my take-to-work tea today.

The tea has a strong green apple aroma that is lovely. Sadly, it falls flat in the actual cup. I am getting a bit of an appley note, but the spices are very dominant and sort of washing out the flavoring, making it come off too subtle or as a background note. I need moar apple! Mostly I’m tasting a heavy cinnamon and clove note that isn’t spicy, but feels sort of chalky/drying as it settles over the tongue. It’s hard to notice the apple until the spices have faded off the tongue a bit. And I don’t really taste the green tea base at all… perhaps a very subtle warm hay note, but that could just as easily be coming from the lemongrass, I suppose.

It’s drinkable, but far from a favorite when it comes to spiced apple blends. I have two ounces to work through, so I’ll probably try playing around with it in a few different preparation methods (iced, latte) to see if any are a clear winner.

This tea smells so amazing, both dry and after steeping.

Unfortunately, it just doesn’t deliver on the scent. It’s not bad per se, it’s just a bit bland. There’s some mild spicing, maybe cinnamon and ginger, perhaps some clove. But the apple isn’t really there at all, and the base tea nonexistent.

Tastes like fake green apple flavoring, strongly reminiscent of those tiny spherical lollipops that teachers, doctors, and hairdressers use to bribe children to behave, or a Jolly Rancher, or whatever other kind of cheap green-apple-flavored hard candy you prefer. The chai spice is hardly noticeable by comparison. Couldn’t they just have used apple pieces? Sure, that won’t make the tea taste very appley, but there must be a better way than using very artificial-tasting artificial flavoring. I mean, I knew it was flavored, of course, but most fruit teas are and it’s not usually that candy-like.