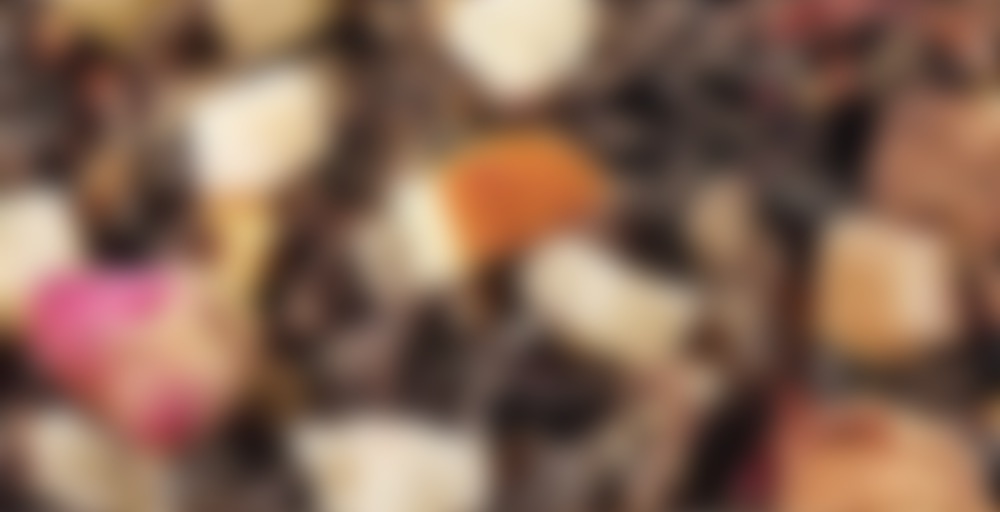 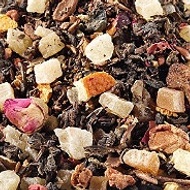 Inspired by the sun-kissed beaches and tropical breezes of Hawaii, this fruity, tart, creation features sweet guilt-free papaya pieces, candied pineapple and golden delicious apple. Get carried far away across sand and sea with an oolong tea that drifts in spicy hints of orange, cinnamon and a dash of pear all converging into a rosy flavorful sunset. SUPERFRUIT ENHANCED

Rich papaya, pineapple, and apple are followed by subtle and sweet cinnamon

The Republic of Tea 72

Dry: it’s kind of perfumy-fruity…not something I’d probably usually go for, but I seem to recall really liking it last spring. We’ll see…

Steeped: not so perfumy, more of a cinnamon & pears aroma, & although it’s not bad, the flavor is kind of bland, lacking a any real ‘tea’ substance to it. Pleasant, but not memorable…a drop of stevia helps it out a little.

Now that I think of it, I believe this is a blend that I brewed extra strong & poured over ice. It seems like that’s what I do with most of Teavana’s teas. The flavored ones seem to all have too many ingredients, & rarely appeal to me hot (except for zingeber ginger & thai tea, those are both pretty good).

Love sent out to Emilie for sending me this tea for a tea trade!

OBSERVATIONS: Why is there pictures of cantaloupe in the background of this tea on Teavana’s page? Theres no cantaloupe in this. At least I think it’s cantaloupe (or maybe over exposed watermelon?), seems too light for papaya and it would be easy to identify with papaya + seeds.

DRY: Fruity. I’m trying so hard to smell out some candy papaya but not smelling it. Darn. Very tight and chunky tea. The oolong is in rolled ball form and lots of chunks of fruit and rosebuds.

STEEPED: Light cinnamony and sweet smelling. This tea would be impressive to steep into a glass travel mug with all the colourful chunks, leaves opening and rose bits. Steeps up to a pale yellow. I was crazy and dug into the steeped leftovers and ate chunks of apple and pineapple, yum!

COMMENTS: Too much going on in this tea! I do like lots of fun flavors going on but I think there’s something throwing it off. I blame the cinnamon or maybe the floral. Take one of those out and this might be pretty nice tea.

That or maybe this cup just had way too much cinnamon. Teavana says “subtle and sweet cinnamon”. This was not subtle cinnamon. I was hoping for a more stronger fruit taste.

Overall, okay. Maybe I’ll have better cups from this batch – sometimes I find big chunky tea gives you various results. I probably won’t buy any myself once I polish this tea off.

I had to go look at the page myself after seeing this! I’m thinking it’s under-ripe papaya with no seeds. Or maybe Teavana just wanted to mess with everyone, who knows :P

When I tried this, I didn’t get much oolong flavor, everything else drowned it out. If you’re looking for more fruit, I think I iced this one and had more fruit flavor come out. I would say cold brew it, but that could make the cinnamon super strong.

I had to look too, hahaha. I’d say papaya too, but nobody presents papaya like that, at least from what I’ve seen! Ah well.

Wow, a month sense my last note! I’ve been drinking tea, but too busy to write anything.

Anyway, I thought I wrote a note about this a while back, but I don’t see it any more. :(

Well, I wasn’t very impressed when I first had this. I decided to make this iced today. Based on just the taste, I really like this. However, I KNOW that this is supposed to be oolong. I really can’t taste any tea in this. I wish this was just some sort of herbal tea. Then it could be cheaper and I would be happy with it. If that was the case, this would have a nice high rating. Unfortunately, it’s not holding up to what it claims to be. So it has to get a lower rating.

I will enjoy the rest of this as iced tea, but until it becomes an herbal blend, I doubt I will buy it again.

Another sample!! Thank you random steepster! I cold brewed this one. I like it cold brewed :3 it has a nice floral\fruity flavor to it without being overpowering. There is a weird melon flavor going on but I actually really enjoy it. Very refreshing.

This is less jarring than Teavana’s Sweet Oolong Revolution. Although similar, this is more tropical, with less odd pumpkin quirks. This is also a less dark tea.

When you have a better focus to what your intended flavor is, this works. This feels like an early to late afternoon tea on the beach, with a bit of spice and rosebuds for romantic effect.

It is nice, and a bit harmless. Maybe this could be brighter, less rosebuds perhaps? Despite, it is still nice.

I found the flavors in this oolong the ones I like the least (i.e., cinnamon, pineapple.) I mixed the few teaspoons I had left with a few teaspoons I had of Sweet Fruit Garden, an herbal blend. I was hoping to cut down on the flavors I don’t like so much and increase the ones I like more such as berries. And this is a recommended blend by the company. But now it just tastes like Christmas in my mouth. Would be spectacular after some wassailing but not exactly what I’m looking for on a morning in August.

I picked this up at Teavana the other day because a) I work in a mall with a Teavana instead of a DavidsTea and b) it was on sale. I was intrigued by the scent and I love love love iced tea. I have to say though – this 50g rule that Teavana has is super lame. I only wanted 25 to see if I would like it.

What I liked about the tea was that I could taste the oolong throughout the sip – often the base is hidden in other iced teas. It also had a strange cinnamon note that I really like. However, I find the tea to be a bit too perfume-y for my liking.

Often when I have an iced tea at Teavana, it tastes like crayon. Not that I eat crayons… but y’know, it’s waxy! Luckily this tea doesn’t have that quality.

This tea tasted more like chai instead of an oolong. I still enjoyed this tea, but would be willing to swap.

From the Cooks TTB. This is a very nice floral, fruity oolong. The oolong base isn’t too noticeable, and there’s a really pleasing rose and some other flower note that I can’t quite identify. The fruit is sweet and a bit tart. I’m liking this quite a bit, particularly once it’s cooled off.

Ew yep rose. No thank you. Should have read the description instead of grab blind I guess.

I really dislike all the teas from Teavana. I had their Japanese Sencha and it was bitter and it gave me a bad headache.