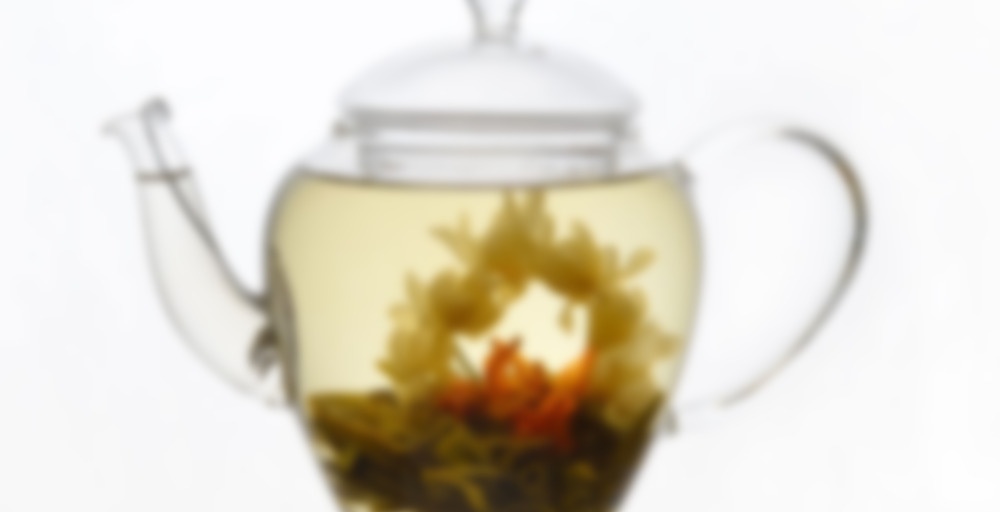 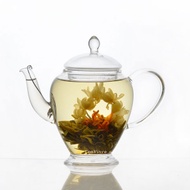 Family Happiness Flower tea, using lily and jasmine as material, is manually made by tea workers. The base made by carefully selected Silver Needle Green Tea supports lily and jasmine. Brewed with 100℃ water, green leaves and red flower slowly blooms in water under the affection of heat, like parents open their arms; while jasmine gradually stretches out from the base, just like a baby growing up under his parents’ care.

Finished this one Gong Fu last week as part of my weekly Gong Fu session resolution that is still on going; I’m very pleased that I’ve been able to maintain the ‘1/week’ goal I set but I’d like to increase that to two a week eventually. Working towards that…

These are my notes from the session (stream of consciousness style):

5 Sec rinse, though it appeared to do nothing so I followed up with another 5 Sec rinse which did start to open up the bloom…

5 Sec
- Very light
- Has a super delicate peachyness to it

15 Sec
- The same but more vegetal/jasmine

20 Sec
- Mostly nectarines and jasmine at this point
- Still getting that odd, new note; and I greatly dislike the taste of it

30 Sec
- A little sour in the top notes but otherwise the same
- Whatever the new note I dislike is, it’s only getting stronger
- And so even though there’s still life in the leaf I’m ending the session here

Also, I took a picture or two of the tea (before and during session):

This was originally meant to be a food pairing, hence the veggie hotdog. However I actually ended up finishing the hot dog before my water had boiled for the tea and so the pairing never really ended up happening. It was a good hot dog, though. You can kind of see the bloom in the second picture though; it was really pretty even if I didn’t end up loving the tea.