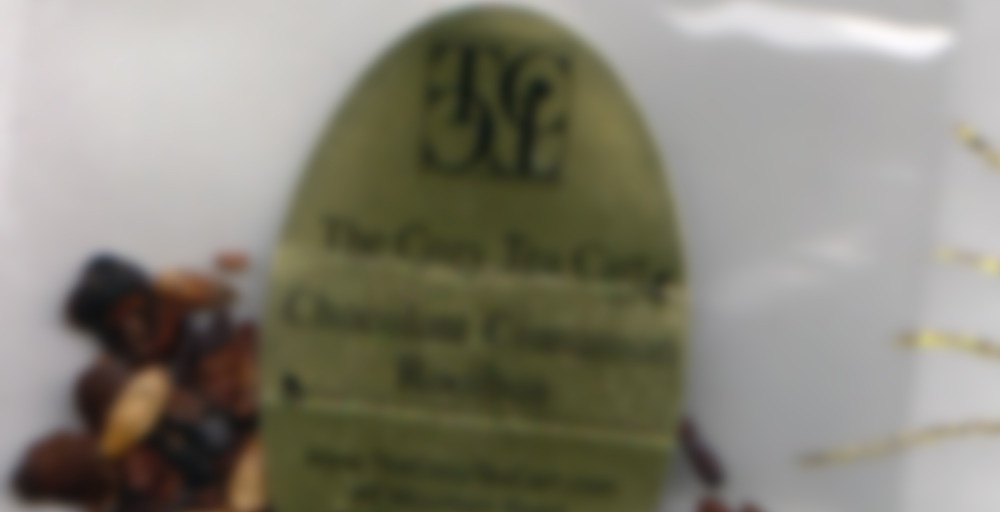 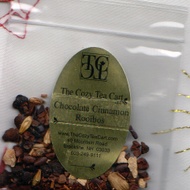 From The Cozy Tea Cart, LLC

For those who prefer an herbal blend, this intense tisane offers a spicy twist for the chocolate lover.
Instruction: bring water to full boil, approximately 212 Fahrenheit. Measure one level tsp. of loose tea into the infuser for each cup. Pour prepared water over tea and steep for 5-7 minutes.

This sampler from the TCTC shop fits nicely as an after dinner dessert drink or when one is need of something sweet and chocolatey.

The headiness in the chocolate is through and through while the cinnamon lingers sweetly on. It is not a cup of chocolate drink but close enough for a rooibos mixture.

The dry leaf has aesthetically pleasing large chunks of cinnamon bark, entire cardamom pods, and cacao pieces. It smells sweet and roasted, with cinnamon and cardamom notes dominating.
The liquor steeps up a dark brown with a tinge of red from the rooibos. The ginger and chocolate dominate on the sip, with the cinnamon and black pepper adding a nice kick in the aftertaste. The woodsy-earthiness of the rooibos complements the spice notes beautifully.
This is a great wintertime dessert tea!