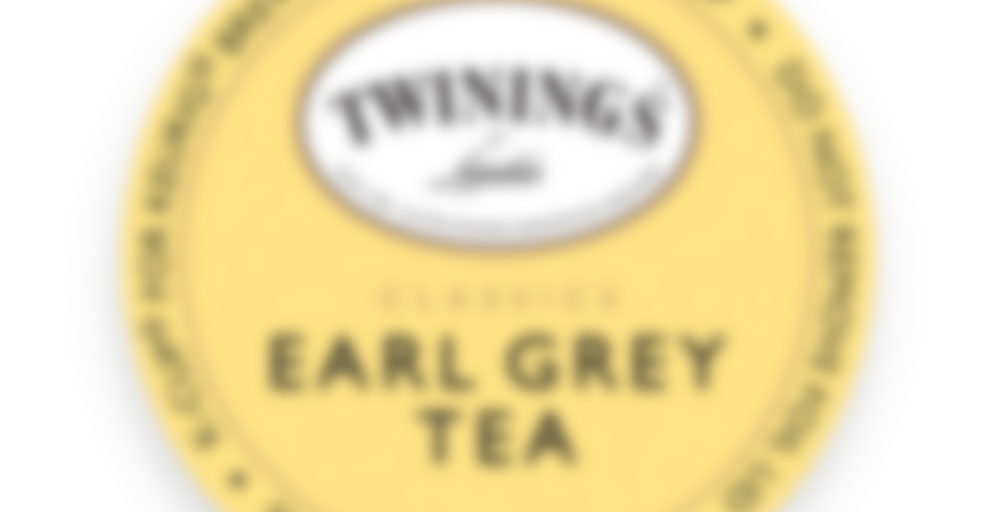 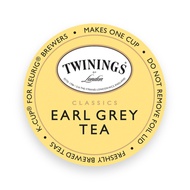 A light & aromatic blend of fine black tea, scented with bergamot, a citrus fruit. For use in Keurig machines.

This. This was my first cup of tea as a married woman. No, it wasn’t actually, but it was the first cup of tea that I knew what was. The other was pre-brewed at the restaurant and didn’t come with any identification. It was nice though.

But this? This was had in our hotel suite while we had a bit of a break before moving on to the next restaurant.

I’m not going to go into a deep analysis of it, other than to say that it, and the last half of the cup especially, was pretty dire. The now Mr Ang, who has the regular teabag version everyday, also felt that this… stuff was sub-par.

The wedding in general, though, went swimmingly, and you can see a picture here https://picasaweb.google.com/lh/photo/b5FCJK6KIyQ0doQ8zn5eCr_V8Y8A_9IgxTPLskMdTM0?feat=directlink
We had a good time at both the actual celebration with buffet lunch at the first restaurant and with the travelling guests in the second restaurant for dinner (where the owner presented us with a bonus present in the shape of a nice painting)

This is definitely not a brewing system that will catch on in our house.

Sniff. Sniff. I wasn’t even there, yet I cried at your wedding! Lovely photo, beautiful bride, I love how happy the groom looks, as well he should! Many blessed years together, Ang and Mr. Ang!

Awwww… look at you two! Congratulations, you look like a very cute couple :)

Aww, congrats! What a lovely couple you make!

Love both of your smiles and your dress is gorgeous! Glad you two are off having fun and getting that much needed time away. Congrats :)

Congratulations! You look gorgeous and I’m glad you had a wonderful day.

Congratulations! Thank you so much for sharing the pic because I know how much you value your privacy. Blessings on your new life together!

Congratulations! I wish you and your husband the best of luck!

Thanks for sharing the picture. Be happy!

Congratulations! Much happiness to you both.

Congrats!! You look stunning! Love the dress!!! Also, you guys make a great couple! I wish happiness to you two forever! :)

Congrats! Absolutely all the best, you both look so happy – and can I say that you are 100% gorgeous, thank you so much for sharing!!! <3

Ooooh—you two look wonderful, and you look like you’re having a good time too! Congratulations (and my condolences on the k-cup tea)!

Congratulations! Best of luck to you two. :D

You look stunning! I love the dress. Congratulations you two! =) Beautiful couple!

Congratulations! Nice dress, and tuxedo! I hope you guys have a wonderful marriage together!

I missed your wedding! What a great photo — thanks for linking to it.

Yay!! I’m so happy for you both!! Great pic, great dress, great hair, great beau! (Even great car in the background). ;) Live long and prosper!!

Thank you everybody! :D

How did I miss this…oh wait that was about the same time my son was born. Congratulations six months belated. Many years of happiness and many cups of tea shared between you both.

Okay yeah. Definitely not the biggest fan of bagged teas, or the ones in the k-cups.
They’re just much harder to manage because I’m very picky with how I like my tea.
It’s good like every once in a while, but I just can’t wait to go back to my flat so I can have my loose leaf :)

As Earl Grey’s go, this is pretty far down on my list of preffered options…although ANY tea is preferrable to NO tea…well, unless its roobios (blech!). Brews strong on a “normal” cup, you can easily get two from the K-cup. I usually brew a 12oz run followed immediately by an espresso cycle to top off the mug.

Earl Grey is the first tea I can remember falling in love with. I’ve never found a brew of it I didn’t enjoy. In terms of K-Cups, this one really is the best I’ve found. It’s consistent, fairly priced and always hits the spot.

Well, I wanted to try this, but I didn’t want to commit to a full box. Luckily I found sample packs of this at a local discount store. I want to draw attention to that- I bought this at a discount store. The date reads 8/20 but I still am not sure as to the quality of the K-Cup. It could be iffy. Then again, I bought coffee (gasp) K-Cups at the same time and they were remarkably good, so there’s that.

As far as the quality of THIS K-Cup goes, I’m not sold. It tastes like tea dust. It’s very bitter and tannic, even with two Splenda’s added. The bergamot, if not artificial flavored, is forced. It just doesn’t flow as a tea. To be honest, it tastes similar to the loose-leaf Twinings Earl Grey, just less pleasant. I can’t say I’d recommend this at all. Seriously, if you are going to make tea, at the very least commit to a teabag. I have found K-Cups to be abysmal for non-instant tea. Those chai lattes are still tasty, but anything other than those seem to be just bad.

I’ll continue to experiment, but don’t hold out much hope for a tasty “T-Cup”

Ah yes this. I have some fond memories of this. Granted it tastes awful, but I had it on my wedding day, so… :) <3

My issue is that the water from a Keurig always tastes a bit like coffee, no matter what the “tea” K-cup is in it. Or even if I stick a cup with a teabag under it. That’s why I stopped using our Keurig at work for tea altogether.

That was our impression as well.But it would, really. Whether your make tea or coffee, so far as I can tell, it comes out of the same spout or a spout very physically close to it, so it would get contaminated. Bit like if you put tea in a thermos always used for tea, but then put the lid from a thermos used for coffee on it.

Yeah, I noticed this too. These days, the only tea I make from my Keurig is those Chai Latte K-Cups. I’ve got a couple of types of those but I’ve found that the cross-contamination doesn’t affect them too too much. They still taste like Chai.

Any actual tea I make is via bag or basket now. I’m done experimenting with the Keurig. Save it for coffee. (It does make really good coffee. Not bad for 20 bucks at Wally World)

Making tea its very hard when you are drunk and Stepopster doesnot come with spellcheck. THank you. Wait, there it is, I can fix things now. I wanted to put liquor in tea but tea is hard so I made a k-cup! Which is also hard because buttons and levers and things. But! I put in the cup thing and pushed the middle button and I got earl grey and then I put 2 of whipped cream vodka in and it was tasty. No hate for Twinings. Standard but good. Even at DEATH HOT from the Kuerig.

I’m not sure what it says about the quality of Twining’s teas, but I can’t detect much, if any, difference between the K-cup and bagged versions of their Earl Grey. Lovely mild citrusy aroma and a smooth taste, Twining’s EG is one of my favourite morning and afternoon teas. Given that the K-Cup version is even easier than the bagged version, I might stick with this form, at least until I burn my way through my two boxes of it.