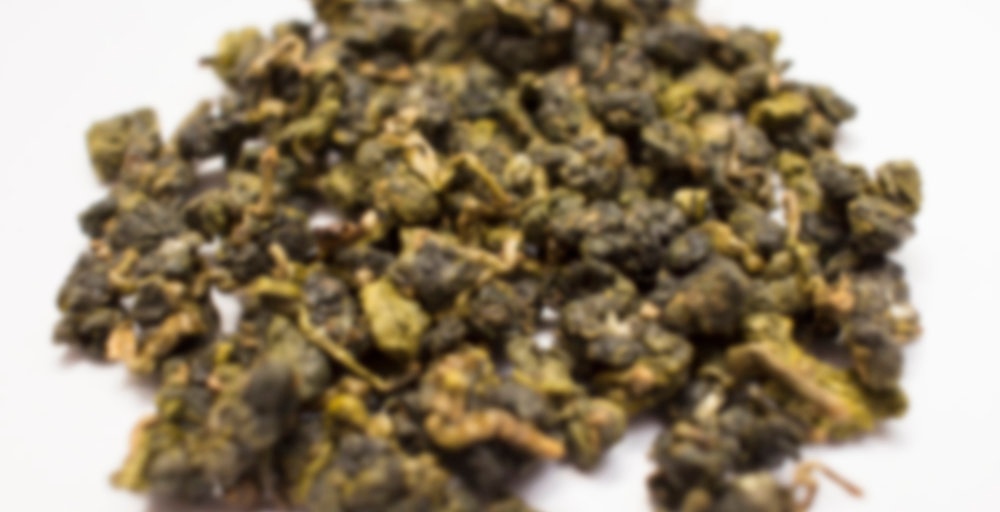 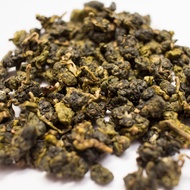 This tea come from a small farm that has been producing tea for over 100 years the Chen garden is located at an altitude of 800m. These teas are enchanting and unique and are sure to give you many pleasurable cups of tea throughout many steeps. Alishan has a very buttery, clean taste with a sweet aftertaste. Alishan is one of my comfort teas for sure.

2018 sample- I brewed this tea 5 gs to 70ml which is a very low ratio for me. I kept my steeps short. I found this tea to have a very skinny body. The tastes I got were grassy, specifically wild grass. Sort of an early somertime kind of thing. This tea has a serious hui gan. It took me by surprise. There was very little aroma to the dry leaf. I think this would be a great tea for grandpa style.

Time to start making a serious effort to clear my seemingly endless backlog. I drank a sample of this tea late last week. I had heard good things about it and had meant to get to it sooner, but after finally getting off my lazy butt and trying it, I realized that I should have gone out of my way to make time for this tea. I found it to be an excellent Alishan oolong.

Prior to the rinse, the dry tea leaves produced gentle floral, grassy aromas. After the rinse, I detected defined scents of hyacinth, honeysuckle, magnolia, violet, sweetgrass, cream, and butter. The first infusion brought out subtle scents of coriander, vanilla, custard, and parsley. In the mouth, the liquor initially offered mild notes of cream and butter which promptly gave way to notes of sweetgrass, coriander, and parsley. A subtle touch of vanilla popped up briefly on the finish. Oddly, I could not detect any real floral character in the mouth at this point. Subsequent infusions offered the notes of hyacinth, honeysuckle, magnolia, and violet that I had missed earlier. The vanilla presence grew stronger in the mouth and the custard also emerged, though it lingered in the background. New aromas and flavors of Asian pear, lilac, green apple, honeydew, cucumber, leaf lettuce, cinnamon, rice milk, watercress, minerals, and sugarcane appeared as well. The later infusions were very mild. I mostly found subtle mineral and vegetal notes balanced by faint impressions of orchard fruits, flowers, and sugarcane.

Subtle and refined, but with tremendous depth and complexity, this was the type of Alishan oolong I had been attempting to find for some time. I greatly enjoyed this tea and actively wish I had bought more when I had the resources. If I get the opportunity to pick up more of this tea, I will most likely do so. For those who are considering giving this one a shot, it really is worth it. I recommend it highly.

It’s a little expensive, but I regret not getting an ounce or two of it when I first had it. It has been one of my favorite Ali Shan’s thus far.

Hey ya’ll I’m back!! (I was a little busy…had a baby last year, quit my job, raising baby, and just started my own business…whew)

Anyway, I recently learned about Unytea (they are sort of local to me). So I jumped in and bought one of their gaiwan/sampler sets. And this was the tea that was included. I’ve had a lot of oolongs in the past, but wow! This one was awesome. So buttery and vegetal. So good that I ordered another 100g and that might be why it’s sold out now…sorry not sorry!

Unexpected – the first taste immediately reminded me of the sweet milkyness of milk leftover after eating a bowl of cereal. Specifically after some cinnamon flavored cereal.

Loosened pretty quickly to a nice full gaiwan of beautiful green leaf, and brews up to a bright clear yellow/green.
Retains a clear bright flavor throughout multiple steeps, transitioning more towards floral and away from milky light spice flavor of earlier steeps, and some light astringency.
Very nostalgic flavor for me at least, and considering I don’t eat cereal anymore I’ll probably keep coming back to this one.

A perfect cup of tea is held within my palm,
When you drink a cup or two,
the tea will sing a song….

Alishan is something I’ve been wanting to try for a while now. I’ve heard about it several times; however, I was too into puerh at the time to give it any thought. I must say this would’ve been the tea that’d’ve turned me into the oolong-head moreso than the pu-head that I am…..And it has done almost that.

I’ve decided that 2017 is to increase my palate on oolong. I want to discover the right or wrong types of oolong and really know what’s out there. Alishan is highly rated thus far on the spectrum. I’ve always had good oolong in the past; although I’ve also had really bad oolong as well…..So now it’s time to allow myself to see the better half of the oolong world.

Notes: A sweet floral honeydew combo is dancing around on the tongue. It’s fresh, refreshing, sweet, smooth, etc. I want to keep drinking it. I can’t stop drinking it. I want more….

I had a sample of the Alishan GABA from Unytea that was quite nice. I think I may have a sample of this one too. If I do, I’m bumping it up in rotation. It sounds incredible.

Crap! The profile of this tea was basically what I was looking for. Flower creamer sweetened with honey is how I’d describe it. The tea actually opened really quickly compared to other Alishans I’ve had, yet the sweet honey notes developed slower. I brewed this for longer steeping parameters at first, with 35 being my first, 20 my second, and 40 my third, a minute and a half, then three minutes. Despite my overly playful parameters, I got the notes I wanted.

I really enjoyed this tea, and a part of me wishes that I purchased an ounce of this instead of the Chou Shi because it is so much closer to want I wanted. However, I still need to play around with that green oolong. My only complaint with this one might be its longevity. That is not too much of a problem for me, however. It definitely appeals to the tea snob and might not be a bad tea to introduce someone to oolong.

First of all Daylon, I really appreciate your well though out reviews of these teas. Your very honest which is most important when reading tea reviews. Alishan is where my heart is I drink Alishan more than any other tea. Alishan was one of those “tea epiphany” teas for me. A good Alishan can bring me up in my darkest days.

Same, and thank you :) For me, the fun thing about them is that any gaoshan does not taste exactly the same, though I’ve had some Lishans and Alishans that were really close to each other in taste by having the same lilac florals and little bits of a honey note.

I taste honeydew when drinking this. I can see the sweetness of honey, and definitely get the floral notes on the palate. Quite an astounding tea.