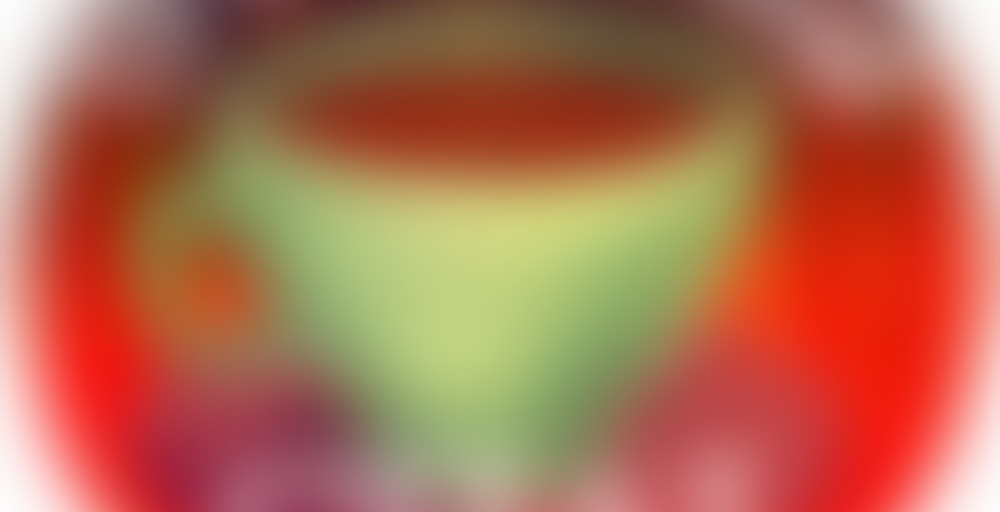 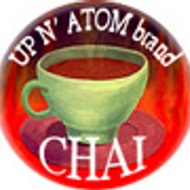 From UP N' ATOM brand Chai

A Traditional blend of Spices with Organic Teas

Our Chai Masala (Sanskrit words meaning “tea spice”) is made from the finest whole spices imported from around the world. We chop and blend them in our kitchen just before packing so you can brew a traditional chai with the most aromatic, flavorful and exotic spices available.

This is a note on the caffeine-free version, which is in fact tea-free. There’s another caffeine free version with rooibus. I’ve just brewed up 2 quarts of this on the stove top. It has whole spices and big stringy pieces of ginger. The flavour is dominated by ginger, and it is hot!!! There’s something lacking though, oh yes, tea!

I read somewhere that you make this then heat it up and use it instead of water for black tea, avoiding the stewed tea effect of boiling tea leaves. I’ve just used Darjeeling that had already been steeped 3 times, and it’s obviously not robust enough to handle this heat. It needs a strong tea. But there are only so many hours in the day to drink caffeine. What to do? I may try this with a vanilla honeybush. That might be lovely.

Actually I’ve tried and prefer the black tea version of this. The spices are very forceful and easily mask the stewed black tea flavour, but the black tea gives body, which this lacks.

My favourite caffeine-free chai is Numi’s Ruby Chai, which is not as firey but has more nuances of flavour. When you want hot, hot, hot, this is great though! I’ve haven’t added milk or sugar, which would tame it somewhat.

Edited to add: now I’m drinking this with Teavana’s honeybush vanilla and it’s really good. Plus, the spiciness seems to have given me a big endorphin boost!