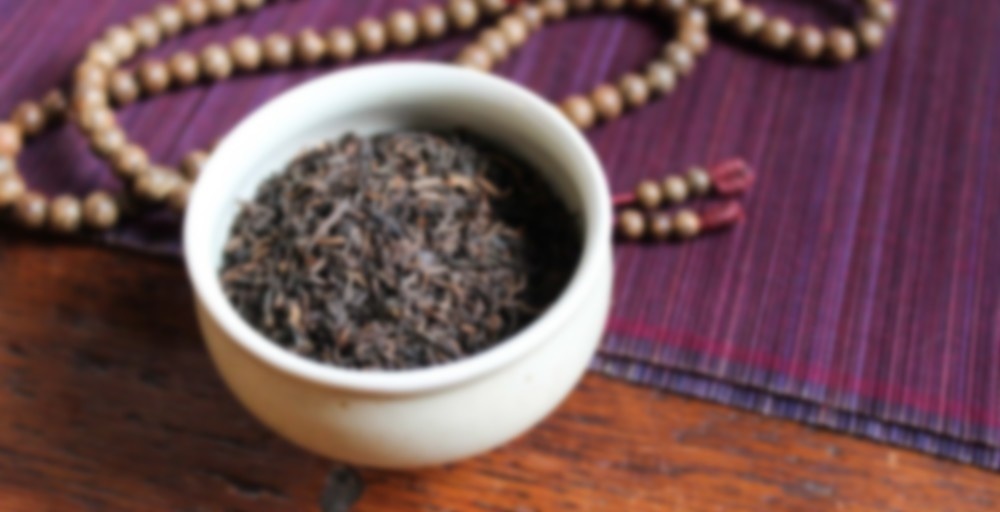 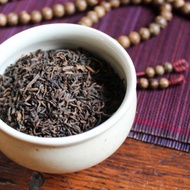 Xingyang is a small team of twenty people in Pu’er city that work with farmers in Honghe, Sanjiacun, and occasionally several other mountain villages in Xishuangbanna. They are the first and only collection we are featuring where the picking and production are done by different people. We reached out to Xingyang because their point of view, their skill, and their integrity are singular among pu’er blenders.

Most pu’er brands are truly just brands: pretty labels slapped onto white-label cakes made to spec. Xingyang takes blending seriously. You can think of them like a small, independent scotch blending house, or a small wine maker. They have close relationships with a handful of farmers and stockpile maocha to suit their needs. They have a small collection of “recipes” that strive for a specific and ideal flavor. To achieve this flavor, Xingyang presses cakes from a blend of maocha engineered to create a complex and complementary integrated whole. If they can’t source the maocha in a given year, they just don’t produce that recipe.

Xingyang’s sheng pu’er is carefully constructed to follow the classic Chinese ideal of sweet, smooth flavor with intense aromatics and long aftertaste. Their shu pu’er is a point of view we have never seen from any other producer. It is perfectly clean, and sparkling. They achieve a clean, sweet flavor unlike any other through a painstakingly slow and careful fermentation before drying and finishing the tea.

I have made time for some new teas, and this was amongst them. I drank it a few times throughout the year, though I took sparing and woefully incomplete notes. Still, I can at least say the following:

—> It did have quite noticeable fermentation odour, on opening. I know that, like stinky cheese or similar such things, you can’t really avoid it in classically made shu puerh, but I’d be lying if I said I still didn’t find it slightly off-putting :p

—> I did a quick rinse at around 90C, but it did smell quite lovely. Sweet and caramelly, with a nice earthy background.

—> I then did several short steeps (5-10s) at near-boiling. Each infusion was lovely and tasted just as it smelled; rich notes of caramel or chocolate, with a lovely and balanced earthy background. It was a beautifully smooth drink, with a gentle lightness about it, particularly in the aftertaste.

—> I then carried on with a group of longer steeps (I think the final one was around 30 seconds, and it was probably steep 9 or 10); the tea was still going strong, though it was obviously a little lighter in essence by the end.

I did all of the brewing in a porcelain Verdant Gaiwan (v. thin walled and lustrous); aesthetically, I doubt I’ll ever find a teaware set-up I prefer, but I do appreciate it’s probably not the best for such a classical shu puerh that ought to have a more tightly controlled high-temperature. I’m still on the look-out for a nice, small yixing pot that I can use for shu puerh (as the two I own currently are seasoned for other teas and, for my liking, are a little too large for shu puerh).

Last night I decided to do something a bit different. Rather than continue my recent oolong binge, I mixed things up a bit and broke out a pu-erh for the first time in months. Though I like pu-erh, I do not drink or review it that often because: a.) there are so many people here on Steepster that have so much more experience with pu-erh than I do, and from what I have seen, these individuals have much more of an ability to properly describe the experience of drinking pu-erh than I do, and b.) the recent surge of interest in pu-erh has left me with the perhaps false impression that other quality teas are being neglected. With this in mind, I tend to focus primarily on green, black, and oolong teas, and will throw the occasional white tea in for good measure. I tend to drink these types of teas more frequently anyway, so it makes sense for me to review them more often as I have more experience preparing and drinking them. To condense all of this rambling, pu-erh is like a once in a blue moon thing for me and I lack the confidence to review it with regularity. Anyway, all of that being said, I do really like this shu.

I prepared this tea using a slightly modified version of the gongfu method outlined on Verdant Tea’s website. The suggested temperature of 205 F seemed slightly low to me. On the rare occasions I prepare and drink pu-erh I tend to keep the temperature around 207-208 F. That seems to work best for me. For this session, I set the temperature at 208 F. I also increased the suggested amount of loose tea from 3 grams to 5 grams because I only had a 5 gram sample of this from a recent order and what am I really going to do with 2 grams of tea anyway? Honestly, I like my pu-erh really strong, so I decided to make it really strong. Otherwise, I pretty much followed Verdant’s suggested brewing method. I performed a total of 8 infusions. I probably could have carried on, but it was late and I was already tea drunk, so I went to bed.

The initial infusions left the impression of a very earthy, savory tea with aromas of forest floor, sauteed mushrooms, old books, wood, molasses, must, and moist earth. I picked up the same flavors in the mouth, though I also detected slightly herbal, spicy notes reminiscent of a mixture of anise, licorice, pine, and perhaps juniper berry. Later infusions saw the earthiness fade and spiciness and sweetness come to the fore. I noted that flavors somewhat resembling dark chocolate and caramel began to emerge. I also began to note what I can only describe as a lemon peel flavor on the finish that really outlined the lingering notes of herbs, wood, and spices.

As stated earlier, I really like this shu pu-erh. On the rare occasions I drink pu-erh, I tend to prefer sheng over shu, but lately I have been leaning a little more toward shu. I kind of like the earthy, musty funk and it’s fun for me to try to identify contrasting flavor elements as they emerge. I’m thinking of buying more of this so I can tinker around with my brewing methods a little more.

Good shou is a wonderful thing when you find it. I was almost turned off shou by some bad ebay stuff.

Apologies that there is no photo nor proper write up on this tea, as it isn’t on the Verdant website yet. It just arrived as part of January’s TotM ph-erh selection from xingyang about which I am very excited.

I was flat on my back with flu-like symptoms from Monday mid-day until yesterday morning. Once able to be on my feet without my heart racing or my vision going black for more than 30 seconds at a stretch, I went ahead and decided to fight fire with fire and pulled out this tea to start cleansing the system.

I have a full brick of the Xingyang 2008 golden buds that I haven’t even gotten into yet, but I did review the 2002 a few weeks ago. This picked loose KT952 is a shockingly mellow cup that packs a massive chi wallop. The caffeine, the chi movement and the woogy flu symptoms got into this like cage match event and I was just kind of along for the ride. But 15 steeps and 6 hours later I was functional enough to go to my ballroom dance lesson.

I don’t want to talk too much about taste, as my tongue is a disaster when I’m ill, but the cup was extremely pleasant, and didn’t contain any obvious, strong or “stuff you get used to” type flavors that tend to keep a lot of people at arm’s length to pu-erh.

A former co-worker with family in Duyun has begun sending me samples of their local green tea with the hopes that we may, at some point, be in a position to sell it. Stay tuned.

Hope you get over the bug soon!