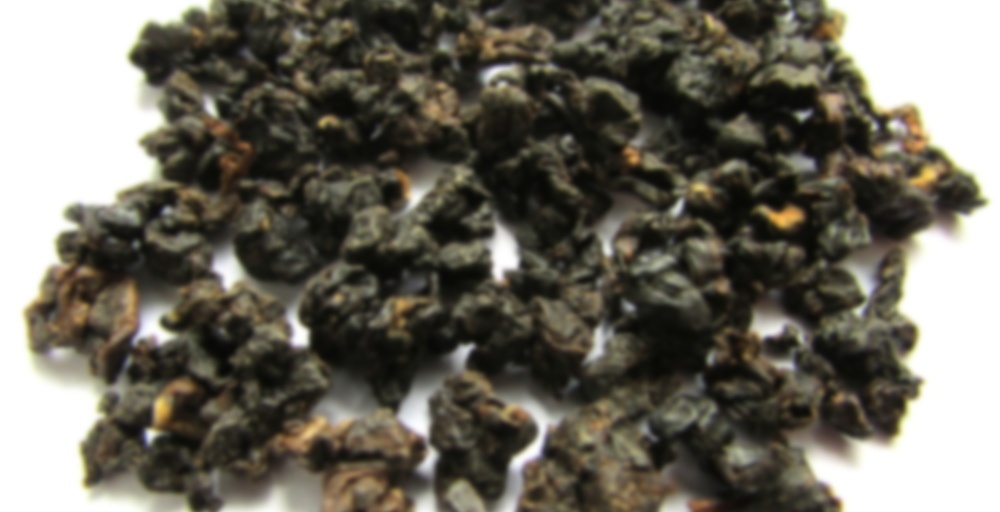 A smooth and sweet fruity tasting oolong with gentle notes of roasted berries.

Sipdown
Finished this off at work today. Pretty good amber oolong – creamy and honey. Endured well – I was able to get 4 or 5 short steeps out of the leaves today. Solid and comforting tea.

Guess what! I’m back again. It has been way too long. I was forced to spend the majority of last week in a caffeine-free funk due to a work-related training in Louisville. This is the first opportunity I have had to try a new tea since before I left. I, of course, had to pick an oolong.

Prior to the rinse, the dry tea leaves produced lovely aromas of honey, apricot, red osmanthus, raisins, dates, and prunes. After the rinse, I picked up stronger honey, raisin, and date scents accompanied by emerging impressions of fig and wood. The first infusion produced a nearly identical bouquet. In the mouth, I detected slight notes of dates, fig, raisins, prunes, apricot, nectarine, honey, and red osmanthus with an underlying complex of malt, toast, and wood. I should have gotten thicker, more expressive flavors, so this steep was clearly too short. The second infusion offered some improvement in the flavor department, but nothing new. The tea did not really hit its stride until the third or fourth infusion in the series. At that point, I was picking up everything previously mentioned plus hints of hay, butter, cream, and eucalyptus. The following infusions grew ever gentler, milder, and more savory as malt, toast, butter, eucalyptus, cream, hay, and wood began to increasingly define the tea’s aroma and flavor profiles. Later infusions were mostly a wash of wood, hay, cream, and butter underpinned by minerals and hints of dried fruit, red osmanthus, and honey.

Let’s ignore the fact that I botched the start of this session for a moment and concede that this came across as a very smooth, pleasant, approachable tea. Unfortunately, it also struck me as being all of these things in a fleeting and superficial sort of way. Its most appealing aromas and flavors faded fast, and while they never entirely disappeared, I did not find enough to hold my interest later on in this session. Indeed, I could have probably squeezed at least one more infusion out of this tea, but I did not see much of a point in attempting it. The tea had already said all it had to say. Overall, this was a decent, likable oolong, but it was not really my kind of tea.

The texture here is velvety and thick, leading into a faint hay note and sweetness reminiscent of dried fruits, namely sultanas and cranberry without any of the tartness. These flavors linger into the finish, which is soft and smooth.