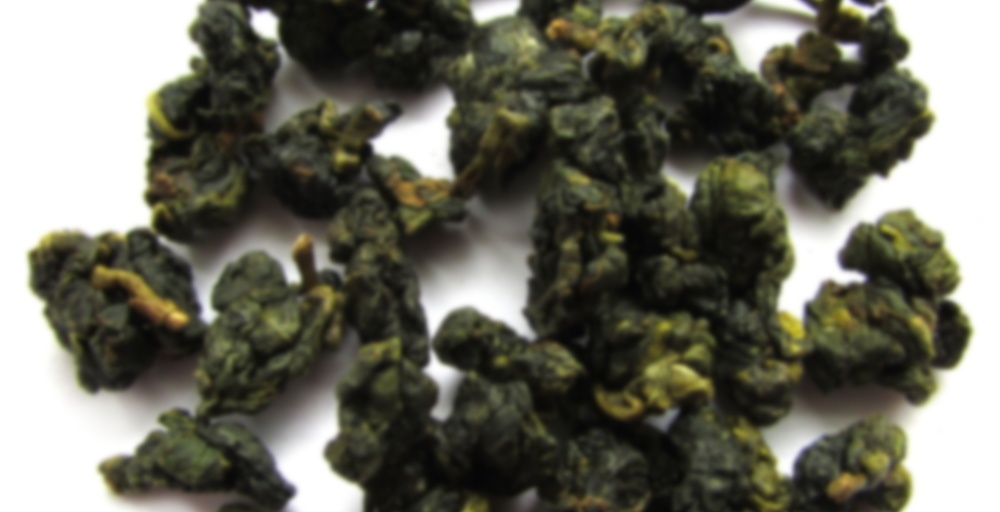 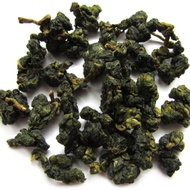 A smooth and highly fragrant high mountain with a crisp floral taste.

Yes, I know juicy is probably not a flavour.

Another tea that never made it into my Steepster cupboard, still it’s a sipdown.
Western, 2min, 200F
Floral, smooth, buttery. I re-steeped it with the same flavors. Overall, not that memorable and not a re-purchase.

Now that I have cleared out the December 2018 backlog, I can move on to my first official sipdown of 2019. I finished a 25 gram pouch of this tea on either the second or third day of the month. I wanted to start 2019 out with something light and floral, so this ended up being the tea I selected to fill that role. Though it most certainly served its purpose, I have to say that I have had somewhat better Shan Lin Xi oolongs in the recent past. In general, Shan Lin Xi teas are incredibly hit or miss for me; I either freak out over them and love them, or I end up respecting and appreciating them to a certain extent before moving on to teas from terroir that I find more consistently appealing. The latter was kind of the case with this tea. It was very good for an unroasted Shan Lin Xi oolong, but like a lot of the Shan Lin Xi oolongs I have tried in the past, it was more savory and more vegetal than I would have preferred.

Prior to the rinse, the dry tea leaves produced aromas of cream, butter, custard, and gardenia. After the rinse, I detected new aromas of cinnamon and vanilla as well a meaty umami presence and vague vegetal hints. The first infusion introduced an even stronger umami scent and new aromas of grass, violet, and zucchini. In the mouth, the tea liquor presented brothy, meaty umami notes as well as impressions of zucchini, grass, cream, custard, and butter. I also picked up some subtle hints of gardenia before notes of vanilla, spinach, green apple, and daylily shoots took over on the swallow. Subsequent infusions introduced subtle aromas of pear and stronger scents of spinach, green apple, daylily, and baked bread. Stronger and more immediate daylily shoot, green apple, and spinach notes emerged in the mouth along with subtle impressions of cinnamon and violet. New notes of sweet corn, hyacinth, pear, seaweed, daylily, minerals, baked bread, and orange zest also appeared. As the tea faded, the liquor emphasized lingering impressions of minerals, umami, zucchini, grass, spinach, daylily shoots, and pear that were chased by hints of green apple, cream, and custard.

This was a very good Shan Lin Xi oolong, but it leaned a little too heavily on its vegetal and savory characteristics for my liking. I prefer Shan Lin Xi oolongs that are creamier, fruitier, and more floral, and while this tea displayed plenty of cream, fruit, and flower aromas and flavors, it often seemed to place more emphasis on its other characteristics over the course of my review session. Still, this was a very good tea. I am willing to bet that fans of teas that are more savory and more vegetal would get quite a bit of enjoyment out of it.

Thick, crisp, and incredibly green. Florals were there, but the greenery and grass notes were stronger with slightly fruitier ones in texture. In terms of specific notes, it reminded me of a granny smith apple in its sour crispness, or a greener mango. The florals were a little bit more vague for me. Those who are better with the language of flowers could do a better job. It kinda reminded me of a New Zealand Sauvignon Blanc white wine.

I prefer this one Gong Fu to Western to diffuse the mega green taste a little, though I need to try Western with less leaves. Western brings out a milkier texture whereas gong fu brought out the delicate florals. I started out with rinse and a 30 second beginning, 45 sec, and 50 improvising the rest of the steeps based on aroma. I looked for higher florals in the smell to brew up the cups.

As mush as I liked the tea for its crispness and the typical pineapple skin taste that I love from these oolongs, I found myself preferring What-Cha’s Li Shan, the Indonesia Bao Zhong, and the Jade Oolong. -Gasp-I know, I prefer a cheaper tea over a fickin’ Shan Lin Xi. This does have many of the notes that I enjoy of this varietal, but the thick grassy taste with the slightly sour (if that note is remotely accurate) is a little overwhelming for me. Shan Lin Xi’s used to be one of my all time favorites, but lately, I have not been enjoying them as much because many of them have just tasted like a slighlty more nuanced green tea. I don’t know if its because of the weather for the recent harvests or if its just my changing preferences, but I really have gravitated a little bit away from them.

With that nick-pickiness said, the crisp apple taste is awesome. I see this more as a summer tea despite the insanity of drinking it in 90 degree weather, or something in the winters as a reminder of coming spring. It’s oddly refreshing in its own right, and I would devote this tea to specific days when you want something green. Lovers of this varietal would be fairly happy with this along with green tea lovers, and I recommend this one to you. Know that it is GREEN.