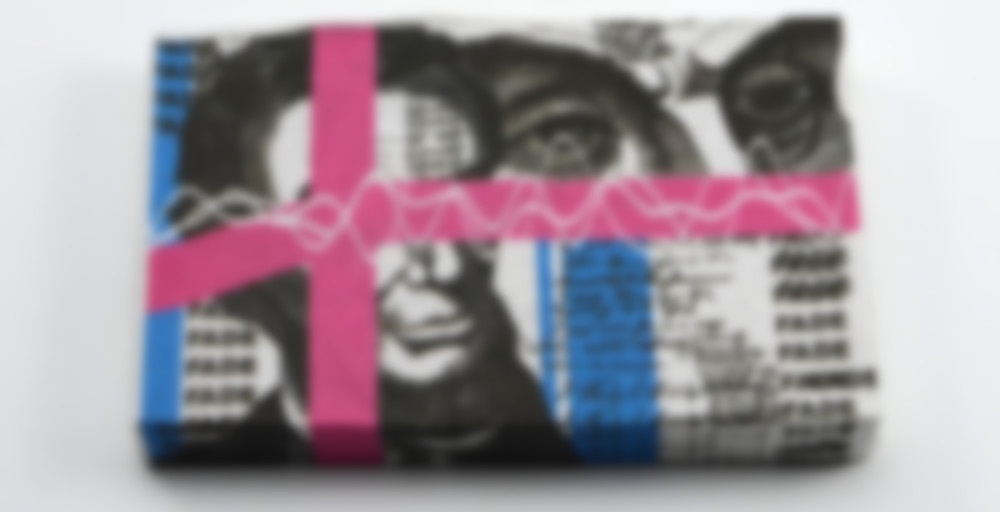 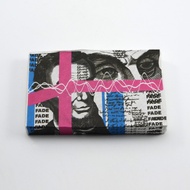 The Fade brick is a raw Puer tea, pressed in 2016 using 2015 Yiwu Huangpian [the largest leaf in Puer processing] material.

While huangpian are often considered to be inexpensive, the quality of the material in this blend is very high. The tea is sweet and thick. There is a slight sour note in the tea which will give way to honey and smoothness with further aging. We also feel this tea has a strong body feeling, though that varies from person to person.

Suitable to drink now or age for the long haul. There are 5 bricks per 1 kilogram tong.

Be Yourself 2019 Lincang Huangpian Raw Puer

Gongfu – in the Yiwu yixing pot.

I started the session last night & killed the leaves this morning. This is such a unique and distinct tasting sheng with some flavour notes that smack you across the face and others that are more elusive and hard to pin down; but ultimately I would say that once you get into the heart of the tea session the flavour is more of a slightly bitter and greener vegetal note at the top of the sip, like cooked green bell pepper, transitioning into a much more tangy and fruity body with a mix of tropical and citrus flavours; honey pomelo, lemon sherbet candies, and jackfruit. That jackfruit note was the hardest to nail down – but that combo of slightly waxy tropical fruit and semi meaty taste was definitely the fruity flavour that carried throughout after the first couple of steeps!! Definitely a favourite!

june 12/17 oldest son is at kickboxing, youngest is busy playing with his homies, so its time for impromptu gong fu!! im doing this review mid session, steep 3 is cooling down right now. so far this one is shaping up to be my favourite ive tried so far from the w2t order i made. a bit of sourness in st3, but nothing too severe. getting some sweet with the sour in st4 like honey on a tart green apple. bonus coverage: the shrimp curry im making for supper is tasty af, i feel like im the bolo yeung of the kitchen right now. with st4 and 5 the apple tart, and sour are going up. after 8 steeps im at peace with this tea. of the samples ive tried from my order so far it wouldnt suprise me if this was finished first. another gong fu session after the kids go to bed? only time will tell.

I find this tea to be quite an easy drinker. Very low bitterness, sweet and rounded flavor, with solid viscosity. Nothing particularly standout-ish this session, like the tart fruitness from last time, but still enjoyable.

This tea is smoooooth. I’m really enjoying the sweet notes (honey, fruit) that surround the tea itself. It starts out light, but increases—only when you push it with temp/time—which allows the tea to brew quite nicely. I’ve been enjoying this on and off today inside and outside of the house. I had decided to drop a quick note here on Steepster before grandpa-ing the rest of the leaf and play video games online with my brother.

From puerh plus TTB:

1st steep: stone fruit
2nd: a light floral taste
3rd: brewed a dark green gold color, the only tasting notes I have are “liquid gold”…not sure what I was thinking there.
4th: brewed an orange color, slight bit of drying bitterness here
The drying effect lasted through the next couple of steeps. Then it sweetened up while gradually fading away…

I used about 9g from a 25g sample. I really enjoyed this session. The early steeps sweet but not overwhelmingly so. The tea was very full and had an almost oily thickness in the first few steeps before it thinned out some. There was a note of bitterness, but it was mostly in the finish. The main flavor was a grassy note blended with a bit of flowers and a mineral dryness in the back of the mouth. Everything was fairly balanced and I wouldnt call this particularly complex.
First steep
- sweet, honey, grass/hay, light to medium body. Straw color. Light bitterness

2nd
- thickened up. Hint of bitterness in the far finish. Mineral?

so, a lot of people have reviewed this tea since it was in the tea club. this is more of a note than a review proper. this was my second session with it; i don’t remember anything about the first one, really (oops). however, today i busted it out again.

jebus, did this tea put me on my ass. not sure whether it was my mostly-empty stomach or what. had a definite weird feeling in my belly (which i failed to analyze in any depth prior to stuffing some food into it), followed by intense whole-body dizziness and a decidedly out-of-it feeling. definitely something. it’s been over four hours since i started, and i’m still feeling weird, with elevated heartrate (a hummingbird has invaded my chest cavity) and weird dizziness behind my eyes, combined with sweating and a very heavy i-want-to-lie-on-the-couch feeling. also had a period earlier on where i listened to muse’s absolution [album] with more gusto than i have in ages (don’t really listen to music very often these days).

so, wild’n’crazy tea times. this might be the first time i can identify the effects of tea as a feeling that could be called “tea drunk”. i definitely didn’t feel like it was a good idea to drive to get some lunch. (i might have eaten hot dog bun pb&j. don’t judge.)