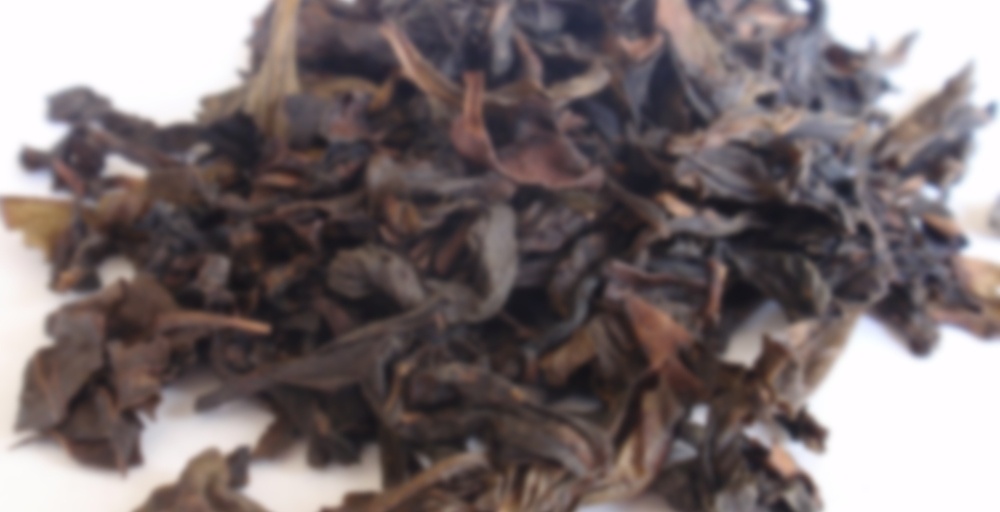 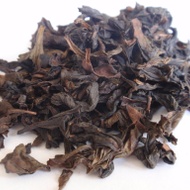 The name Big Red Robe originates from a story during the Tang Dynasty that the mother of an Emperor was cured of an illness by a tea. As a result the Emperor sent men to Mt. Wuyi to cover the bushes with big red robes. Those shrubs are still present today and only available in limited quantities. This tea is not to be missed when available.

The dry leaf has a dark brown color with a woodsy toasty aroma. Most of the leaf is made of broken pieces and some dust.

Since Wing Hop Fung does not provide any instructions, I compared different brew guidelines from several sites and settled on 3 min steep time and 205F water temp. I brewed this on a gaiwan.

My first cup gave a dark clear brown cup with a toasty aroma and faint hints of honey. The tea had a strong toasted taste, slightly smooth, and with a faint metallic finish. It wasn’t unpleasant, but nothing special either. My second cup was more enjoyable as it featured a less strong toasty taste, smoother textured, but aroma was less present. My third cup featured more or less the same, but with a fainter aroma. Fourth cup surprisingly kept the same flavor as the second and third cups, but seeing no change in taste or flavor I decided to stop brewing it (as I wasn’t enjoying the tea that much).

Nothing special was found in the wet leaf.

Overall, I didn’t get anything special from this tea, toasty flavor overpowers all, if any, subtle flavors the tea might have. At times it felt I wasn’t even drinking an Oolong or Wuyi tea, more like a burned black. I can’t say I expected much as this was a relatively cheap tea.

This has been a pleasant, reliable oolong in my cupboard for a long time. I am surprised I haven’t posted about it before. It is a dark, earthy, woody, toasty oolong, when brewed well, capable of some pleasing spiciness, but capable of a bit of surliness if mistreated.

A nice tea, but not a great one.