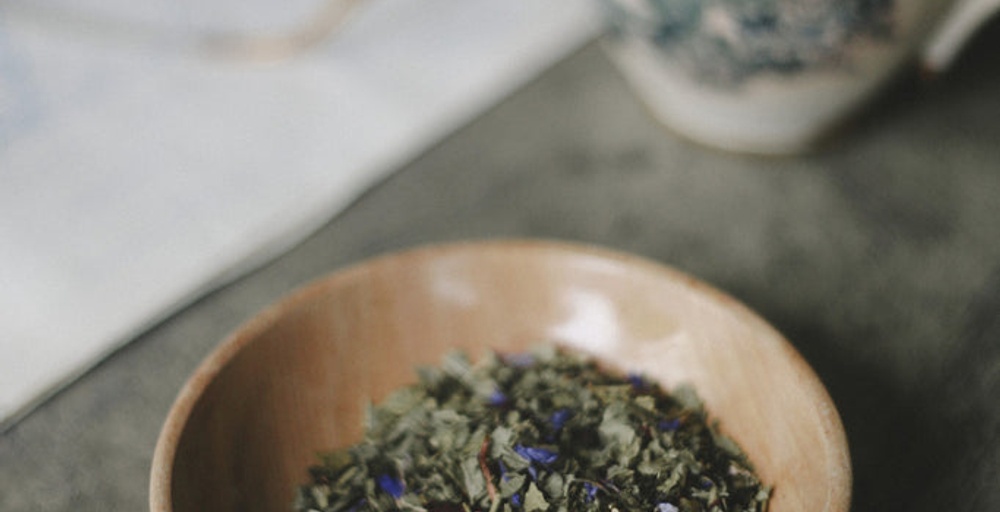 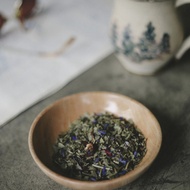 by Winterwoods Tea Company
80
You

Trailhead Huckleberry is a light and fruity tisane featuring wild harvested huckleberries from Mount Spokane in Washington. The huckleberries and organic elderberries are balanced by light blackberry leaf and sweet hibiscus and rose hips and pure huckleberry extract.

Preparation
Use 1 level teaspoon per 8 oz. water. Heat water to boiling. Steep for up to 20 minutes minutes.

Made this one in my tea press, and this time I’m doing it iced just to see how the flavour differs from trying it hot. Mostly, I think it’s the same: a very sweet, juicy berry flavour. I find it a bit less tart overall, but that makes sense given that it’s an iced tea over a hot tea; in general that iced style of prep tends to soothe tartness or at least take a bit of the edge off it. The berry flavour is pretty straight forward blackberry, but has some elderberry and raspberry kind of elements to it too. I think I find it sweeter overall than I did as a hot tea; maybe even on the cusp of being a little too sweet? I know the blackberry leaf is responsible for A LOT of that intensity and sweetness, but something else reminds me faintly of icing sugar too and I can’t totally place what it is. The whole profile is undercut with the faintest, softest herbaceous element. Again, probably the blackberry leaf.

I liked this one overall; both as a hot tea and an iced tea. I do think the iced version was maybe just a little too sweet, so I think I’d opt for drinking it hot if I were to revisit it in the future.