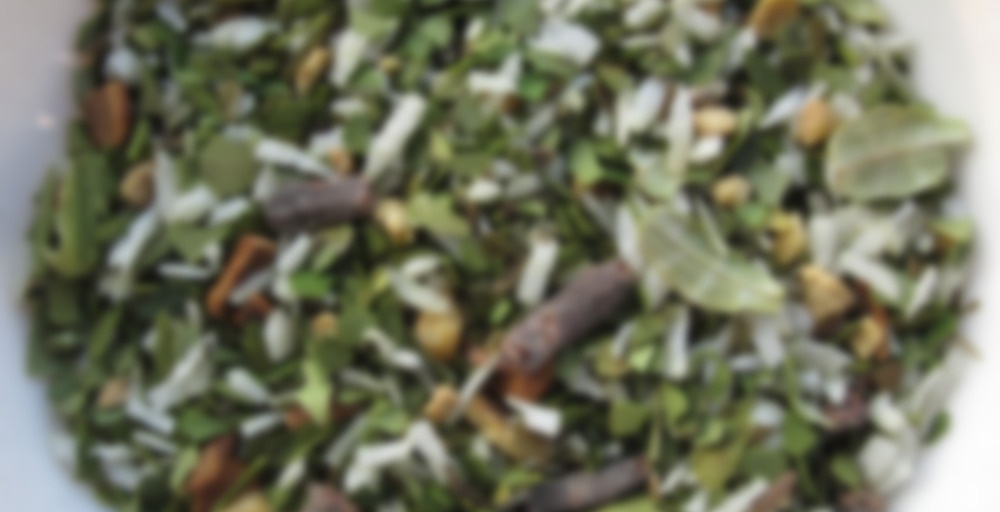 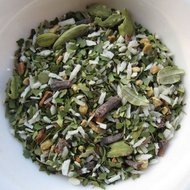 by Yogic Chai
78
You

Thanks to Ian for sharing this one, sorry it has taken me so long to try it…

I’ve always enjoyed chai spices and this is one heck of a spicy tea. I was hoping for a bit more coconut here but I’m getting a lot of ginger and cardamom, I don’t mind at all! The mate is lighter and in the background and as my cup cools I am getting the coconut element coming up. This was another one that was also good with soymilk (does anyone drink chai plain??)

It definitely packs a wallop in terms of flavor but perhaps there is a bit too much going on here for me. I’m used to drinking chai with darker things like black tea and rooibos that seem to temper the spices a tiny bit more. The mate is a little wimpy for this mixture, I think…

I’m on my second cup of this today (I made this one as a latte with soy milk and maple syrup [my new favorite way to do it], but the first was just straight up) and it is very good!

It’s pretty spicy and very energizing! It also has a subtle sweet creaminess from the coconut that I really enjoy!

I’m in the midst of finishing up last minute homework and packing because tomorrow (at 6:50 in the morning :( I have to wake up at 5:20 because the bus is 40 minutes away from my house :( times 10!) for the All-New England Music Festival in Dayville, Connecticut for 4 days! I’m excited/stressed/upset that it’s happening when it is/anxious but hey it comes with the territory of being a musician AND a full time student!

Hugs!! Positive thoughts and wishing the best possible out come with the most hugs possible!

I don’t have a lot of time to write about it at the moment, because I’m sipping and then it’s off to my daughter’s dance class.

One of the smoother chai teas that I’ve encountered… delicious!