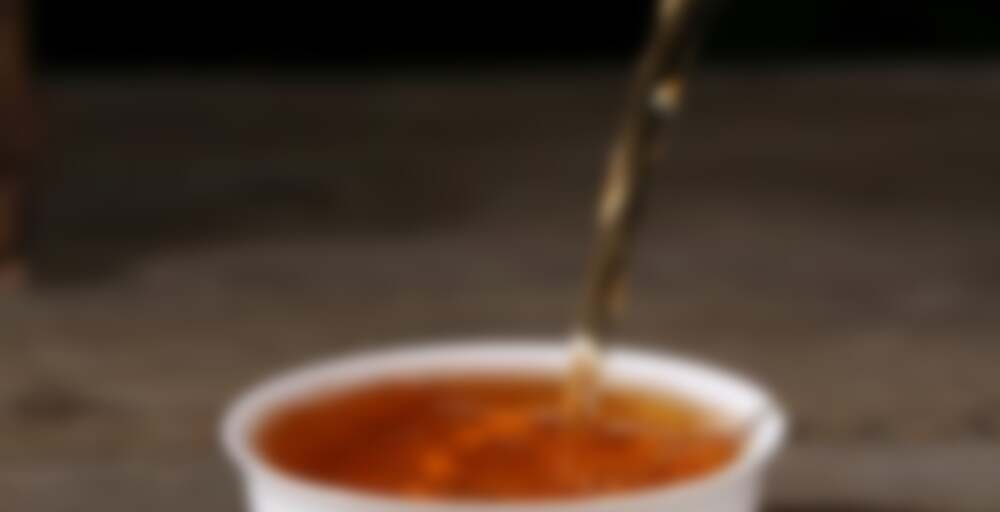 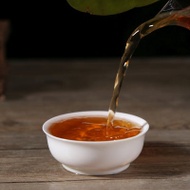 by Yunnan Sourcing US
78
You

Qi Dan is a realtively new varietal that is a cross between a Dan Gui Bush which is itself a hybrid and Qi Lan (Dan Gui is a modern Wu Yi Rock Oolong which was created in the 1980’s from a hybrid of both Da Hong Pao and Rou Gui.)

The result is a unique floral sweet oolong tea with an incredibly pungent aroma and viscous tea soup.

Medium leaf size, with medium-light roasting preserves most of the green in the leaf. This processing gives the tea a balanced complexity that is both unique and pleasant.

Reading the other reviews here, the one on Yunnan Sourcing’s website and comparing with my experience, this tea is a complex trickster.

I think I bought this tea in late 2017. First few attempts in early 2018 were terrible. Nothing but peanut shell in taste in aroma. I thought, “How odd to retain such an off-putting roast since this was processed in 2016.” I’ll be honest here. I played with the thought that was this was a fraudulent tea due to that, ugh, smell and it being touted as grown in Zhengyan reserve. I also have no problem admitting I’m a noob and forever learning, so a lot of my assumptions are probably wrong.

So I transferred the tea from it’s shipping envelope into a glass jar with a cork stopper and moved it to the back of the drawer. I recently decided to try the Qi Dan again since I was finishing off older or unfavorable teas for new orders. Precious jar space, you know.

I don’t know if it was the result of storing the tea in a cork-topped glass jar or what, but this tea had a complete turnaround since the last time I brewed it in January.

According to Yunnan Sourcing, this Qi Dan is a cross between Qi Lan and Dan Gui, which is supposedly a cross of Da Hong Pao and Rou Gui. I’ve had a few different rou guis but neither has had the cinnamon aroma that the tea experts claim it should have. This Qi Dan definitely hit that mark, though. Mostly broken leaves released highly aromatic nutmeg, cassia, cinnamon, minerals and dry woodiness which all flowed through into the taste. Kind of a mission-figgy-sweetness and dried green herbs in afterthought. Camphor on the swallow. The qi lan comes through with a specific, strong aroma of orchid that quickly fades into some flower I don’t recognize. On the lid of the gaiwan I got that milk chocolate scent I frequently find in medium-roast yanchas but that passed after a few steepings

The visual light-medium roast and oxidized leaves produced an interesting juxtaposition to the taste. Wires in the brain crossed but the resultant shock was pleasant and intriguing. Do I want to purchase more? It would be a great digestif following a heavy meal once the winter rains come.

Of note, I didn’t time or keep track of the number of steepings beyond the initial steep of 20 seconds. Water just off boil, roughly 8 grams in a 100 mL jianshui gaiwan. Very forgiving on timing. Had a handful of steepings ranging upward of 30 minutes with no unpleasant results. I wonder how the taste would change with lower temperature water or a different brewing vessel. I guess I’ll have to order more to find out.

I’m on the fence with this one. Two things have happened that are working against this tea: 1) I’ve been blowing away my taste buds by drinking quite a bit of young raw puerh, and so need to fine-tune my palate when drinking something a bit more sophisticated, and 2) I did two comparisons this year of roasted vs. unroasted oolongs, and I noticed how the roasting, I thought, actually detracted from the overall experience. Now, I can’t get that out of my head whenever I drink a roasted oolong.

So, the first thing that happened when I drank this tea was a reaction of “Bleh, charcoal and peanut shell” followed by “This is boring.”

Then I started thinking about my first Wu Yi experience a few years ago. The dryness surprised me, but I was fascinated with how it brought me the experience of a rainy day on my palate – wet rocks, whiffs of green plants, some indefinable sweetness… As I started reminiscing, I started appreciating this tea. I stopped trying to find particular flavors and break down arrival/development/finish, and I just started enjoying my sips of a rainy day.

Dry mineral and nutty flavors arrive in an oily body. Hints of herbs, flowers, and fruit have a passing presence, and then the whole thing ends with a refreshing citrus finish. Definitely more of a mouth-feel experience than a taste-bud experience. But, I think this is the sort of tea that can have a comforting sort of nostalgia to it.

Still not really my thing, especially for the price, but I appreciate the fact that this tea has reminded me of how to approach understated and sophisticated teas.
*
Dry leaf – nutty and floral: peanut shell, dried parsley and cilantro; notes of carob, dark cherry, baker’s chocolate. In preheated vessel – charcoal roast, red currant.

So, it’s about time I review something from Yunnan Sourcing, right? Truthfully, I ordered this tea because I was confused by its description. If you read the description for this tea, it mentions that this is a cross between Dan Gui, itself a newer hybrid cultivar, and Qi Lan. Now, this sounded strange to me. I always thought Qi Dan was an old cultivar most famous for being processed into Da Hong Pao. Was this product description total crap or are there two cultivars known as Qi Dan? Further reading provided even more confusion. At one point, Yunnan Sourcing mentioned that the Dan Gui is sourced from the Zheng Yan area. Was that a typo? Should that not have been Qi Dan? Is this actually a traditionally processed Dan Gui that has been misrepresented? What exactly is this tea?

Prior to the rinse, the dry tea leaves emitted interesting aromas of wood, char, cinnamon, dates, figs, prunes, and raisins. After the rinse, hints of clove, nutmeg, and roasted almond appeared alongside a ghostly floral impression. The first infusion emphasized spice on the nose, though I also caught hints of cream and camphor. In the mouth, I detected a rush of golden raisin, prune, date, fig, wood, and cinnamon notes backed by touches of camphor, char, roasted almond, and a somewhat sweet, almost buttery creaminess. Subsequent infusions brought out the roasted almond, clove, nutmeg, camphor, and cream notes, while also introducing the typical Wuyi minerality accompanied by wisps of osmanthus, nougat, and licorice. At one point, I even thought I caught a touch of hibiscus, but it may have just been me. The later infusions increasingly emphasized mineral, wood, roasted almond, light char, and cream impressions, but interestingly enough, I could still detect underlying impressions of camphor, spices, and a vaguely fruity sweetness. It seemed that every time the minerals faded, I was left with a cooling sensation on the back of the throat and a blend of sweetness and spiciness on the tongue. There was also that weird buttered popcorn note that I sometimes get out of Da Hong Pao.

I got more complexity out of this tea than expected, but then again, I was really pushing it hard. Since I did not have any clue how to approach this tea and had doubts about how it was represented, I wanted to dig into it. I could definitely pick up the Dan Gui influence (the telltale spice and osmanthus notes), but the Qi Lan influence seemed to be lacking aside from the smooth creaminess I sometimes associate with the cultivar. I should also point out that in the time I spent typing this review, I took a research break and stumbled upon some additional information related to Qi Dan. Apparently, Qi Dan is traditionally used to make Da Hong Pao, but not all Qi Dan is used for this purpose. There have also been multiple hybridization programs involving Qi Dan and/or a significant number of similar cultivars, so some tea designated as Qi Dan (like this one) is not necessarily even remotely the same as the Qi Dan used to make Da Hong Pao, though these new hybrids apparently can technically still be used to make Da Hong Pao or some approximation of it. Further confusing matters is the fact that some taxonomies do not make distinctions between classical Qi Dan and some of the contemporary hybrids that are derived from the original cultivar. I am now even more confused. Allow me to just state that this tea wasn’t bad. I would not want to have it every day or hold it up as a shining example of what I feel best represents the Wuyi style, but it was far from bad.

ADDENDUM: Apparently, “Qi Dan” is really just an identifier for this hybrid cultivar. It is shorthand for Qi Lan+Dan Gui and is not the same thing as the classical Qi Dan that is used to make and also sometimes referred to as Da Hong Pao. The quotation marks in the name should have tipped me off, but…