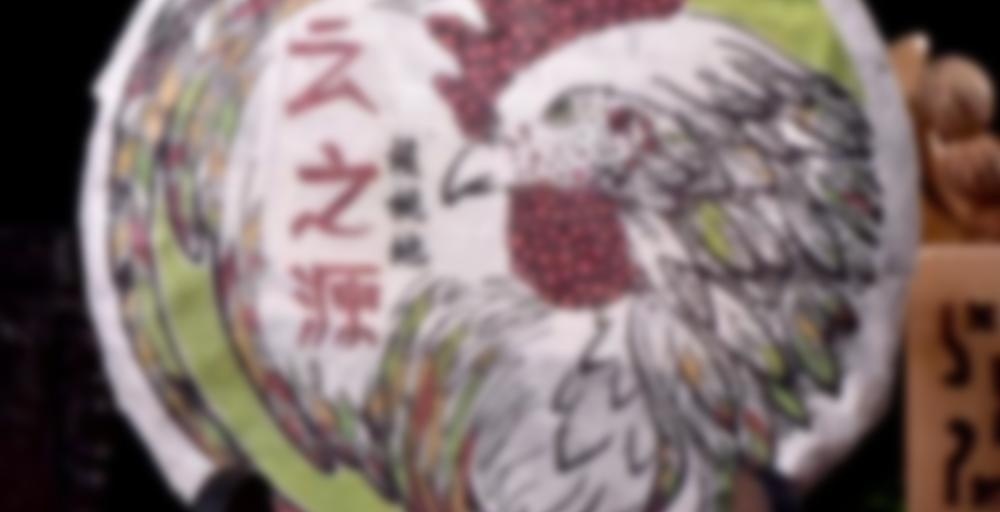 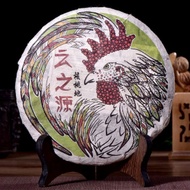 Entirely Old Arbor tea from the Spring 2017 Harvest from He Tao Di Village in Jinggu County of Simao. He Tao Di (lit. Walnut Grove) Village is a tiny village (with just 11 households in total) that is located south-east of Jinggu town in a remote roadless area. 2 of the families are engaged in tea production and have been for several generations. The remainder of the villagers tend walnut groves.

The “He Tao Di Village” tea trees range in age from 40 to 200 years old growing at an altitude of about 1650 meters. The trees are pure assamica varietal (大叶种), with leaves that are large and stout, and have a deep olive-green color. This tea will brew up a perfectly balanced thick and pungent brew. Bitter, sweet, umami, honey, brine and orchid essence can be found in this wonderful tea.

This tea has been tested in a certified laboratory for 191 pesticides, and is within the EU MRL limits set for those 191 pesticide residues. For a full list of the 191 pesticides we tested for and more information about MRL testing and the EU Food and Safety commission.

Among all of the YS 2017 presses, this was my favorite for several reasons.

1. It has an intriguing complexity that reminds me of some Yiwu teas, yet it’s distinctively Jinggu. That complexity is well described in the tea’s description, but I would add that there’s good depth and a mellow qi. There’s a brothy richness that reminds me of truffles and I’m not quite sure how I feel about it, but that doesn’t matter since the tea is less than 1 year old at the time of this writing and flavors change most rapidly during the first few years. I expect this will develop very nicely.

2. The price is right. I think this was $74, which will go up in a week or so as YS gets ready to welcome 2018 teas. It’s not cheap tea, but it’s very reasonable considering the current market.

3. I don’t have other teas like this in my collection.

I finished this sample quickly and ordered a cake.

Yunnan Sourcing is doing their annual price increase for spring harvest raw pu’ers in a week’s time, so I’ve been going through my Yunnan Sourcing samples to see if there are any teas I want to buy a bing of. My 25g sample of this one is almost entirely in loose form. I used 9g in my trusty 130ml gaiwan and gave the leaves a brief five second rinse followed by a five minute rest. I performed the wash with a very small amount of water and it turned out really strong! The taste was nutty, kind of like nut milk. The color was surprisingly dark too for such a young tea and this was true for all the infusions.

I proceeded to do a total of fourteen infusions. The timing for these was 5s, 5s, 7s, 10s, 15s, 20s, 30s, 45s, 75s, 2 min., 3 min., 4 min., 5 min. and 6 min. The tea soup in the first infusion was incredibly viscous both in the cup and in the mouth. The mouthfeel was really, really thick. The tea was strong, but the flavors themselves light in nature making them difficult to discern. The taste was sweet and milky. The tea became more flavorful once it cooled down. It was really aromatic in the mouth and coated your mouth leaving a long aftertaste.

The second steep was really full in the mouth. It coated literally everything like some sort of lubricant. The flavors were still light, but quite irrelevant to the overall experience at that point in time. The taste was milky with a whisper of an edge to it and the tea felt satisfying. The mouthfeel continued to change with each steep and in the third brew the tea soup flowed really effortlessly. Despite the flavors still being light, the tea was strong and the flavor the most full-bodied it had been up to that point. It was really nice. The taste was a tad sweet, with a hint of a metallic edge to it in the finish, but surprisingly not in a bad way. Damn it was good.

In the fourth steep the flavor finally started coming. The taste was quite divine. It’s hard to describe, but it was a really special kind of sweet mineral taste with a metallic finish. It did get a bit rougher once the tea cooled down, however. The tea was so good, so satisfying. The next steep continued to be thick with a nice mouthfeel. The flavor was milky with the taste of astringency without the physical sensation. It was less enjoyable at first, but turned out surprisingly good in the end.

In the sixth steeping the tea was STILL really coating. On the flavor front, it felt like a lot of the base notes had suddenly dropped off, making the tea feel a lot brighter. The taste had returned back to being sweet and milky, with the astringency mostly gone with only a hint of it present in the finish. The following infusion was pretty much a repeat of this, although with the finish now more metallic and mineral. The minerals were amped up in steep number eight where the minerals pretty much dominated the taste. What set this steep apart from all the other teas I’ve had is how full the mineral flavor was. I’ve never experienced anything quite like it. After consuming enough of the tea, it left a lasting sweetness on your tongue.

To my surprise the tea still had flavor in the ninth steep. The taste hadn’t changed much, having returned to being sweet and milky, but it was incredibly strong and full for steep nine. Steep ten was mineral and sweet. Rather simple, but strong and full. Honestly the tea was quite good even at that point. Holy cow was steep eleven sweet though. It was really, really sweet, with such exemplary strength still as well. And even this far into the session the mouthfeel continued to be quite nice.

I continued to be confounded by how good this tea is as I was sipping the twelfth steep. The tea was still sweet and satisfying with a nice mouthfeel to boot. I’m not sure if this is true of the other infusions, but at this point I realized the taste reminded me a lot of the taste of soy milk. This may have actually been one of the best infusions, and believe me this tea offered many great infusions.

Steep thirteen was RIDICULOUSLY sweet. Absolutely insane. It was pure sweetness, like someone had just saturated the liquid with sugar. Steep fourteen was finally the last one I did. This was the first time the tea brewed lighter both in color and strength. This could have possibly been countered to some degree by extending the steeping time even more, but I think it’s safe to say at this point the tea was finally past its prime.

This tea is unreal, just unreal. I ordered a cake immediately after the session. The strength, the mouthfeel, the longevity, the flavor – all are exemplary. This tea is perfectly ready to drink now, but I’m really curious to see what kind of a gem it will age into.

I saw that Scott released a video about this one today, so when it was tea time I went for it. Like the Da Mao Shan I had yesterday the flavor is very honeyed. The mouthfeel is very thick and soft, somewhat oily. Milder and less pungent than the Da Mao Shan, but not at all weak. Like they say in the video it is very balanced. One thing I notice as I keep drinking is that it stays in the mouth for a long time. It’s slightly floral and also taste of mild nuts. I like this tea a lot, but prefer the stronger Da Mao Shan.

I only recently sampled the DMS for the first time and need to return it. I like both of these teas a lot. The HTD sold me on it’s-difficult-to-describe, unique flavor profile, textures, and strong qi that remind me of some Yiwu teas. 2017 was a good year for YS.