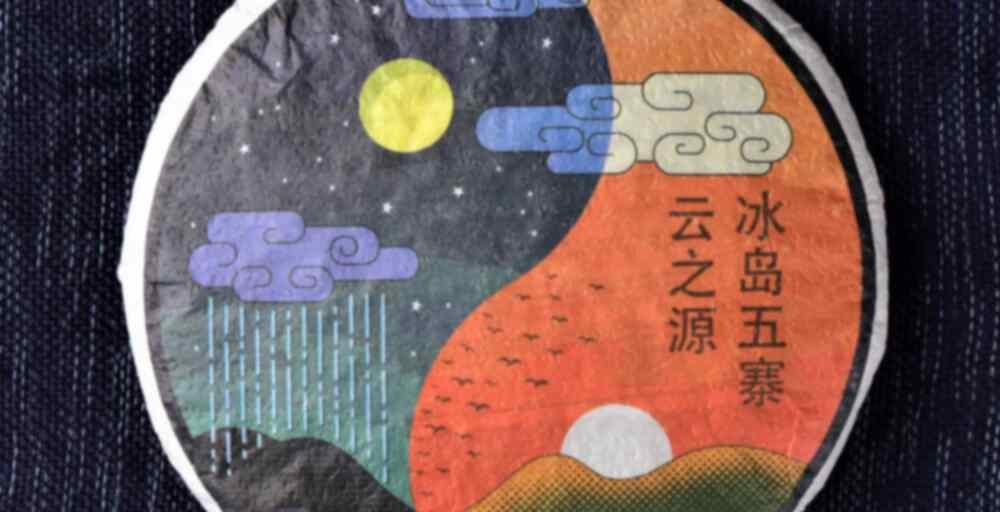 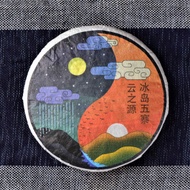 This is a small wet pile batch of teas harvested in Spring 2020 from five villages in the Bingdao area (Mengku County of Lincang). The five villages of Bingdao, Di Jie, Nuo Wu, Ba Wai, and Nan Po are all within a 10 mile or so radius and are known for producing high quality teas that are complex and age well.

Our offering is a blend of mao cha from these five villages that was wet piled in mid-2020 using spring water and done entirely on wood platforms to ensure the high quality raw material was respectfully transformed into a ripe tea that is worthy of its origins.

Bingdao area ripes aren’t something you see on the market every day, so obviously I had to try it. I actually picked up a cake of this blind for aging and a sample for having a couple sessions with it now to get a feel for it and its potential trajectory. For this review I used the same teaware and tea-to-water ratio as I use for most of my ripe reviews for consistency. These consisted of 13g of tea in a 160ml Yixing zini teapot along with a cha hai and teacup both made from Jianshui clay.

5 Villages brews up really dark yet the wet leaves aren’t pitch black but brown, so the fermentation isn’t on the heavy side. Ripes can sometimes offer some of the richest aromas at least to my nose, but this one seems rather straightforward and typical for a shu with its mainly cherry-like aroma. Hopefully the aroma will develop with age.

Taking my first sip of the tea, my first impression of it is it being both very typical for a ripe yet fairly unique at the same time. The flavor profile is familiar yet the tea adds a small twist to it with its own unique character, which is not necessarily easy to pin down immediately. I’m tasting earthy tones and some typical berry sweetness. There’s a touch of bitterness, but it fades quickly and does not persist. The tea is certainly drinkable, but there’s a slightly unpleasant edge to it stemming from this being a young lighter fermentation ripe. Most Yunnan Sourcing ripes tend to have this, but it should diminish within a few years.

The second infusion is among the best. It is sweet, very sweet. I’m getting much more of a cherry/cola taste now, cola being a descriptor I’ve seen others using for ripes, but this being the first time I’ve found it apt myself. The soup is now full-bodied and the mouthfeel pleasing. The aftertaste is stronger and longer than with most shus and interestingly more sour than bitter or sweet. There’s also some cooling going on in my mouth.

The rest of the infusions end up varying in terms of body, from a tad light to about what you’d expect from a ripe, although the strength of the tea holds much more consistent. While the upfront flavors are fairly standard, the aftertaste is what makes this tea at least somewhat unique. It has hints of fruit with a bit of tartness and a touch of sour. The fruits could be something like sour cherries, although at times I also get something more citrusy and closer to something like grapefruit. I even pick up on somewhat of a green, leafy character.

My favorite steepings end up being two, four and seven. The tea grows more balanced as the infusions progress, before eventually simplifying to a fairly standard shu affair toward the tail end of the session. The tea holds up surprisingly well, though, and ends up having one of the best longevities I’ve encountered in a ripe.

Ultimately, an interesting tea to session, but still not necessarily the most engaging. And again, in terms of enjoyment, it’s a nice tea, but not exactly an instant favorite of mine. But the quality is good. Not something that screams high-end to me, but it’s up there in the upper midrange or perhaps entry level high-end. If I think back to ripes that did strike me as high-end, I think the luxurious, velvety, active and engaging mouthfeel is what sets those teas apart from this.

5 Villages has an interesting flavor profile, though. Hopefully with age the fruits will become more defined and pronounced. This is also one of the most cooling teas I’ve had. While that doesn’t really earn it any extra points, it’s still always something interesting to note.

So, is it a good tea? Yes. Is it worth the price? For most people probably not. Is it worth sampling? If you’ve already sampled other high-end teas like the ones offered by Hai Lang Hao. I don’t think the Bingdao name alone is reason enough to jump at this tea over other alternatives on the market. From Yunnan Sourcing’s own more premium ripe pressings I’d personally recommend sampling the 2019 Lao Man’e and 2019 Ba Wang alongside or over this one. I don’t think I reviewed it, but I recall the 2020 Bronze Label Peerless also being quite good.

So how do I feel about purchasing a cake of this blind? Any regrets? No, no regrets. Most Yunnan Sourcing brand shus I generally don’t like that much when they are young. Based on their cakes that I’ve happened to have in my own storage for a few years now, though, they do generally tend to improve noticeably with age. The lighter fermentation lends itself better to the medium and long term. This tea’s actually already pretty good as it is. I bought it for its aging potential, which does seem to be there. The novelty factor did obviously also play a big part for me, and no matter how it turns out, I’m simply curious to see how the tea ages.