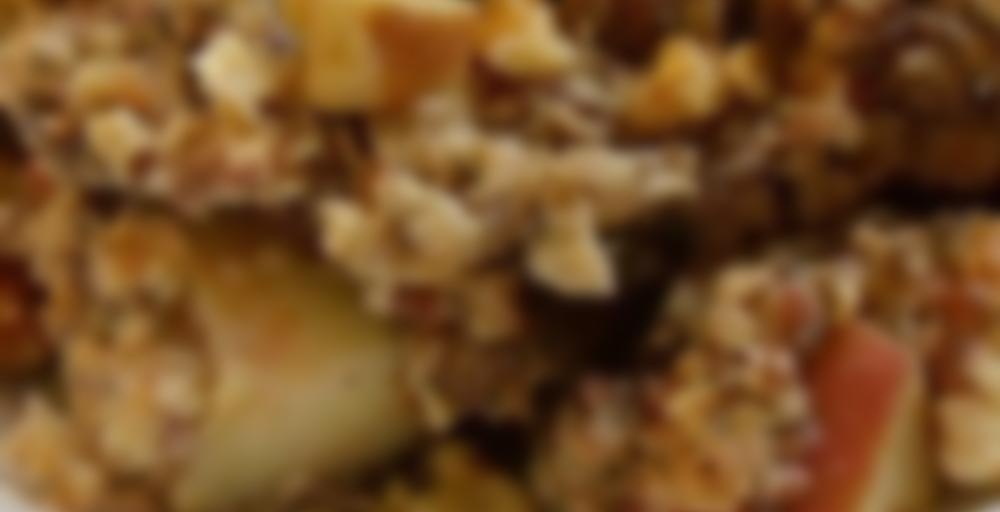 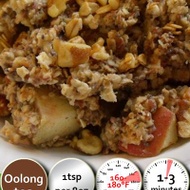 Of the various apple teas that 52Teas/SBT offered this past autumn season (and into the winter season) this was by far my favorite. As I sipped on it, it tasted like an Apple Crisp.

The apple and the Oolong used in the base of this tea are really a good match. The Darjeeling Oolong has a natural “crispness” to it that works well of the crisp apple notes. There’s a hint of warm spice and a touch of brown sugar to this too.

This tea gets a big YUM from me. I liked this one a lot.

Raising the rating from 70 to 74. Also for some reason I can’t record 1.5 tsp as the amount of tea leaves used. That’s what I did here. This is yummy! There’s only enough left for one more brewing session. Sad. :(

I typically use 1.5tsp of leaves and couldn’t figure out why it wasn’t sticking. Once I did, I was irritated, and just don’t fill that out now, unless it’s a different amount (then I mention it in the note).

This tea actually tastes a bit like apple cinnamon oatmeal, but without the mushy texture that I dislike about instant oatmeal. It smells wonderful, just like apple cinnamon. The apple is just like the apple taste in instant oatmeal. The cinnamon is warm and sweet like in a baked good. The aftertaste is clean, pleasing, and reminds me of cinnamon oatmeal. This makes a great morning cup of tea. It is also really good as a cold brew.