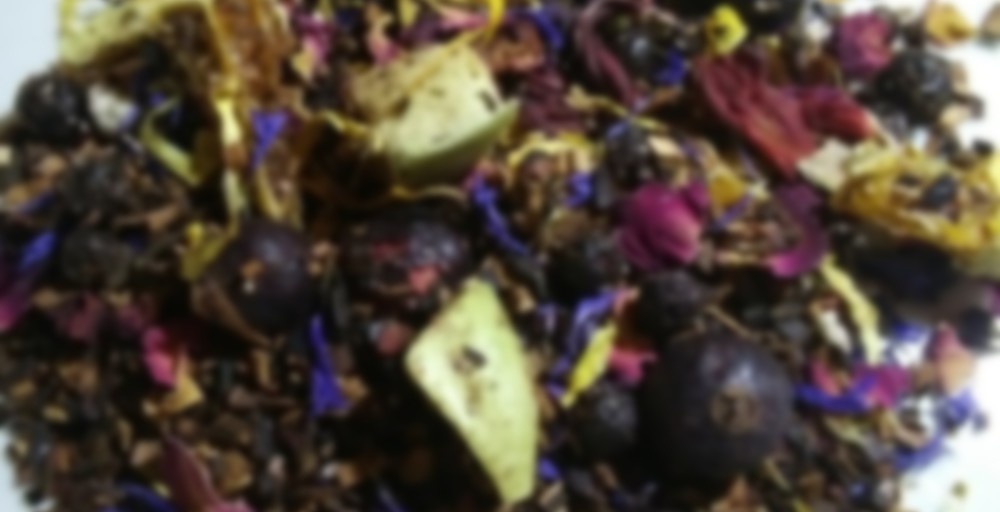 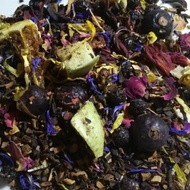 When I first decided to call January 2019 “Retro Candy Shop” month (I did a bit of a poll on social media to determine the theme for the month) – my first thought was to include this tea as the featured reblend. For a while, I decided against it for a couple of reasons: first, it’s not really based on a British old fashioned candy (which was to be my original focus for my Retro Candy Shop" theme); & second, my tastes have changed quite a bit since I last blended this tea (it’s a throwback from my LiberTEAS days). Back then, my palate was a lot more accepting of hibiscus & rosehips. Now, not so much & since they were BOTH key components of this blend, I thought maybe I shouldn’t include them in my Retro Candy Shop box.

But – this is Candy Shoppe! How could I not include it? After all, I had a few customers from my LiberTEAS days actually request the blend & it seemed kind of … well … just WRONG to not include it in on a Retro Candy Shop Box since that’s what inspired this blend in the first place. It was inspired by the sweetness & even the tart-y-ness of a trip to the candy shop. Not really designed to taste like any one candy in particular but just a celebration of candy in general: a little bit fruity, a little bit sweet and caramel-y, a touch of vanilla undertones, a kiss of honey and even a bit of tart. Like getting a mouthful of different candy shop flavors in one sip.

As you can see in the title, this is a ‘v.2’ blend – which means it is different from the original. First, I knew that I’d have a hard time handling a hibiscus AND rosehip blend so I chose one and opted out of the other. In this case, I chose to keep the hibiscus – but to cut the amount that I used in the original recipe to half – and to eliminate the rosehips. The other ingredients in the blend remained the same: apples (although this time around, I’m using freeze-dried apples … back then, freeze-dried fruits were not as readily available as they are now!), oranges, elderberries (again, freeze-dried rather than air-dried), currants (also freeze-dried), and assorted petals (rose, calendula & cornflower).

But do these differences mean a difference in taste? Well, yeah. Definitely. This is less thickly, sickly viscous than the original because it has less hibiscus and no rosehips. I happen to like that! I like it a lot!