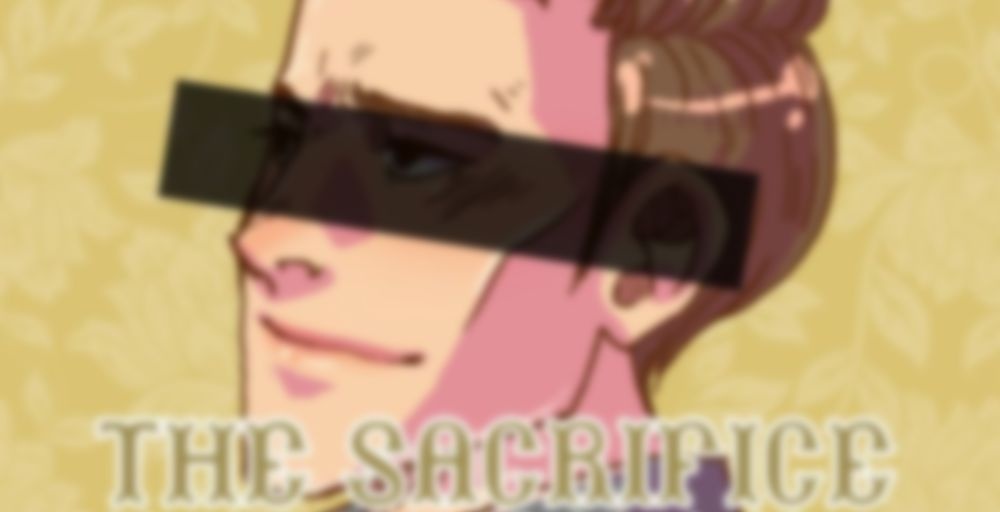 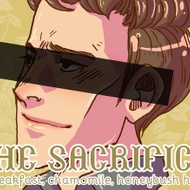 Simple, strong and solid, a tea worth supporting. Try not to get too many tears in your cup.

Inspired by characters owned by JK Rowling/Warner Brothers. Made for my own amusement.

Steeping Instructions: Steep at 212° for 4 minutes.

The Hot One (Formerly Kili)

Sampler Sipdown September! It’s time for my next Harry Potter-themed tea for the House Cup… OF TEA!

This is the one tea that I had to get from Adagio (I really did want to get them all from the same source, but…) It is called “The Sacrifice” and themed around Cedric Diggory, representing House Hufflepuff, and is a blend of Adagio’s Irish Breakfast, Chamomile, and Honeybush Hazelnut teas. This tea is far more economically priced than the teas from the Malfoy Tea Emporium Etsy seller, and if you work hard for your tea, you shouldn’t have to pay ridiculous prices (cough a dollar a cup cough) for it, so while I realize I had to order this blend from a different seller out of necessity, the practical pricing makes me happy… and fits the House well. I’m going to have to give it a bonus point for that!

The dry leaf has a very sweet, hazelnut scent, that almost brings certain chocolately notes to my nostrils, reminding me a bit of Nutella. The tea steeped up a warm, chocolately brown, with just a hint of a red tone, likely from the honeybush. The tea has that malty Irish Breakfast base note on the back of the tongue, but overall the flavor comes off much lighter, with more of a light-to-medium-bodied brew than a full-bodied brew. The honeybush and hazelnut flavor give the tea a lot of natural sweetness, and the tea has a strong sweet nutty flavor. I normally can’t stand the flavor of chamomile, but blended with the malty and sweet nutty flavors here, the chamomile flavor comes off more subtle and doesn’t really bother me much, adding a slight floral note and giving the tea a relaxing, soothing feel. The tea also resteeped surprisingly well; I usually find flavored blends (especially blacks) taste really lackluster to me on resteep, but this one really showed some durability. A black tea with that much dedication and durability to its flavor? I suppose I shouldn’t be surprised to find such in the Hufflepuff tea! I have to give another bonus point here.

I was very happy with the flavor of this tea! I am not really a fan of Irish Breakfast and Chamomile teas in general, but the way these teas have been blended surprisingly appealed to me. I honestly thought I wasn’t going to like this at all! It’s the balance of the blend that I really seem to enjoy; the malty, astringent tones of the black tea aren’t entirely lost to too much flavor and sweetness, but there is just enough flavor and sweetness to make those black tea flavors palatable for me, and the malt and hazelnut tame down what I normally find the awful flavor of chamomile enough that I can enjoy it’s relaxing effects. It’s like finding a barista that can make you a mocha that’s not too bitter, not too sweet, just that perfect blend between the two extremes. Sipping the tea left me feeling warm and relaxed, and ready for another cup. Out of five points for flavor, I’m scoring this one a five.

As far as House virtus, Irish Breakfast is such a tried and true, common, beloved breakfast tea, with a full and hearty taste, I have a hard time not thinking of it as one of the most dedicated, loyal teas around. The fact the brew has been sweetened up with honeybush and hazelnut so the black tea doesn’t come off as so harsh or astringent, tends to make me think of Hufflepuff’s reputation for being friendly and kind. But I think what is most telling, for me, is the chamomile. Chamomile has such a soothing, calming effect on the body, and anyone who chooses a path of hard work and dedication is going to need a nice, warm, relaxing drink to unwind. It’s easier to have patience with a calm mind, and this tea has the odd effect of providing alertness and a relaxed disposition at the same time. The flavor profile of this tea is very balanced, and Hufflepuff is one of the most inclusive and balanced of the Houses. It really is a good choice, and I can easily imagine this being a drink of choice in the earthy Hufflepuff common room.

On a scale of 0-5, I’m awarding 5 points to Hufflepuff in this category.

So how much does The Sacrifice blend remind me of inspiration Cedric Diggory? Cara McGee who created this tea blend says, “Simple, strong and solid, a tea worth supporting.” And I can certainly understand those sentiments. This tea does have a very solid and sturdy Irish Breakfast base, and the flavor of the tea makes it warm and inviting and easy and tongue, without coming off as too harsh and astringent to the most casual of black tea drinkers. It is a tea that is easy to stand behind. The balanced flavor profile of the tea is also easy to see in Cedric’s very fair-minded nature.

Where I think it falls a little flat is it might be just a bit too balanced, as Cedric is such a strong character. Looking at the reviews for this tea, I’m not the only one that gets the impression of it being “soothing”, with many folks describing it as a “hug in a cup,” and while I found that chamomile effect a great strength for representing Hufflepuff as a whole, I feel it perhaps isn’t the best representation of a character with such a strong inner character and so many achievements. Never unfair or unkind, but soothing? I think the chamomile is more a way for the tea drinker to be soothed with the loss of this “good, and kind, and brave” character.

So I can certainly see aspects of the blend in the character, but it doesn’t quite mesh up for me, and certainly doesn’t as well as the Weasley tea. Out of five points, I’m scoring Hufflepuff a 3 in this category.

So, the blind taste test results! My librarian test subjects rated The Sacrifice tea with scores of 3, 5, 3, and 3, for a total of 14 House points! (That person who ended up loving the flavor of this tea and giving it a full five points? As coincidence would have it, he is a Hufflepuff!)

If any participants rated their teas with the same score (for example, gave multiple teas a rating of "3") I asked them to rank the teas from least to greatest preference. The tea ranked as their greatest preference would then score a bonus point. This was the case for one participant (who rated three teas with a "3") but ranked the Hufflepuff tea the highest, so it scores a bonus point!

Here is the score: