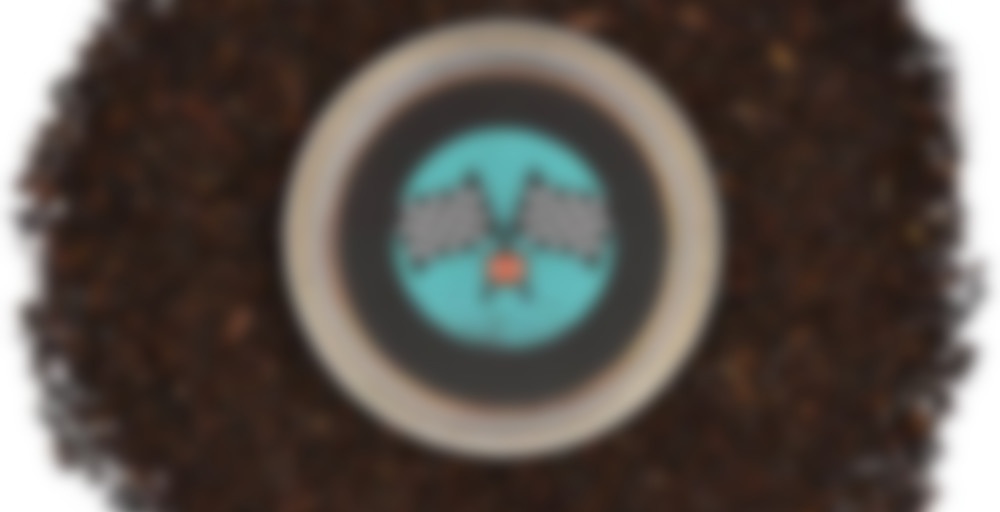 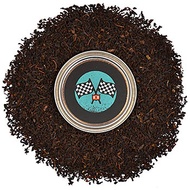 As the laps count down you become one with the car. Your every reflex is fueled by instinct as you set the chaotic rhythm of the race. You are calm and focused. You keep the throttle buried until the very last moment, downshift, clip the apex, and power out of the turn. You were wired on Damn Fine Tea before the green flag even dropped. And by the time the Checkered Flag waves, you will take your place on the podium as a true champion tea drinker.

This brisk black tea from southern India is all about the power band. With torque and tannins to spare, it launches you off the starting line and down the straight, leaving the competition behind by the first turn. From Iyerpadi to Indianapolis to Monaco, this is the perfect tea to fuel your competitive edge.

The Checkered Flag is 100% Black Tea from India. This is a dark leaf with deep red notes, and the brew is bright and slightly astringent. We use boiling water and clock it at 3 minutes for a prefect win every time.

Andrews & Dunham knows that nothing beats a perfect cup of tea, and a great tea needs no explanation. We love the romance of tea. We love that tea might just be the healthiest thing you’ll ever drink. But if the tea you’re drinking doesn’t taste fantastic, you’re missing out. Only a few teas meet our mysterious, rigorous standards and we’re proud to offer them to you. We’re always looking for that perfect cup, so you don’t have to.

ah, yes. I love finishing off A&D tins, it always feels like an accomplishment. especially for this one, because it seems like this has been hiding in the cupboard for at least five forevers, popping out only occasionally and then hiding again. this is not my favourite tea from A&D, it’s brisk and bready and easy to drink, but it’s also just kinda meh. I’m glad that I had this for five forevers, but I’m also glad that it is gone.

Percy-cat update: I finally took her to the vet a couple of weeks ago and she chonky! I think of her as a baby and this is a MISTAKE, bc I feel that she is tiny and I’ve had to put her on a diet…and have felt so bad because she MEOWS at me and looks at me with her big eyes and I end up giving her more food bc I’m weak. her meowing is a big deal, because she usually just….gurgles? chirps? she makes weird noises that I sometimes don’t think are cat noises, but when she’s hungry she meows and I say ‘wow, Percy, you are a cat!’ and then she tries to trip me. rude. I’m in the process of switching her food, so that maybe that helps.

Glad to hear Percy-cat is adjusting her new home. :D

Pretty unbelievable that this has no notes yet.

I got a little derailed from my “try everything in the cupboard once and write a note about it” project yesterday. I was feeling pretty drained and washed out so I only made it through two black teas. I’m feeling a little better today so we’ll see how far I get.

Anyway, A&D has cute descriptions of their teas but they are more artistic than functional. This one, for example, doesn’t say what sort of Indian black tea it is or whether it is a blend. The leaves look more like Nilgiri leaves to me than anything else, though I suppose they could be Ceylon. The flavor is bready with a bit of throat grab like Assam. Maybe it is a mix. I can usually tell Ceylon by its color after steeping, but yesterday a Ceylon blend that didn’t have the color baffled me so who knows.

The leaves do smell a little like the Double Knit Blend leaves, a sort of earthy smell with a muted sharp note. Which argues for Ceylon, since that was what was in Double Knit.

The tea has a bready smell after steeping and is a clear, dark amber.

It has a mild flavor, which is surprising. I expected something rocket-fuel-strong from the extended racing metaphor. It is medium-light bodied and a bit brisk.

It’s the kind of Indian tea/blend that makes you think of “tea” as the flavor. That sort of classic, essential tea-ness that those of us who grew up with Lipton as the only choice associate with tea. It has a slightly sweet aftertaste.

It’s much more flavorful than Lipton tea bags. It’s as though someone took that flavor and photoshopped it into something enhanced.

It’s very good, but it doesn’t send me into the stratosphere like yesterday’s blends with China blacks in them.

I would love to know your thoughts on the best A&D teas. They’ve just restocked and I want to order a 3-pack.

I’ve already decided on Black Sunshine and Tiger Assam, but am wavering between Caravan Resurrected and Double Knit for the third tin…

Caravan is one of my favorites. I would go with that unless you don’t like smoke. The smoke isn’t heavy, it’s just sort of a side note. But if you hate smoke it could be a problem.

I’ll keep that in mind! I ended up going with Mount Gray for the third tin. For some reason I’d forgotten about it, LOL!