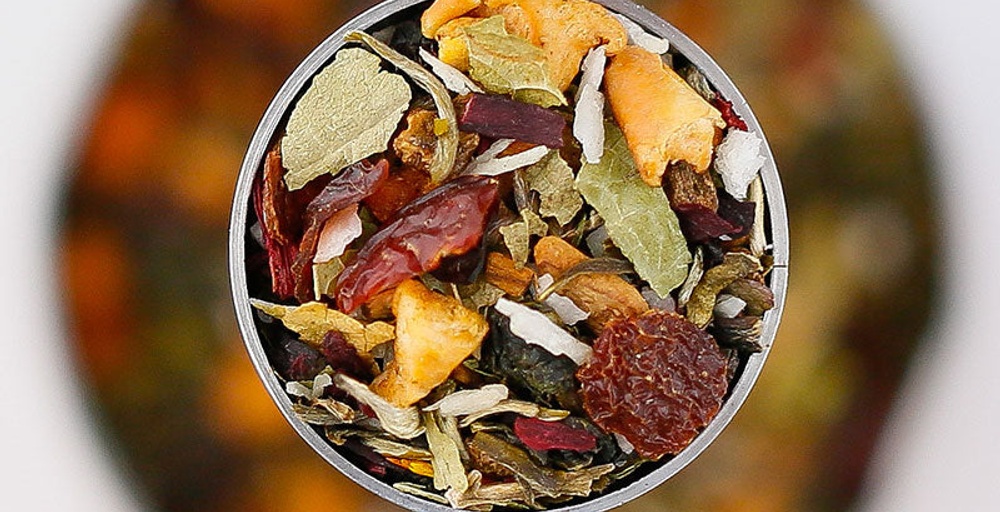 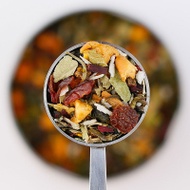 Travel back in time and reminisce of sipping on a simmering brew of the childhood pud classic. Creamy coconut & oolong and delicate white tea come together to create that oozy dessert, topped off with a dollop of sweet jam, of course!

A Berry Frui-tea July! I decided to try my Rice Pudding and Jam sampler from Bird & Blend Co. tonight.

The leaf smelled very sweet and fruity, and steeped up a very pretty light pink color with a very berry aroma. The flavor is quite nice, it’s actually a pretty light tea, but the mouthfeel is quite creamy. I get notes of berries and currants, with a slight sweet coconut flavor that lingers on the tongue in the finish. It actually does come off quite jammy, the hibi-hip is much lighter and sweeter in this particular fruity blend. I’ve never had rice pudding, but it’s a dessert I would most certainly not like (texture issues, I don’t like anything pudding-like!) so I don’t really have a flavor note I could compare this to in that regard; I’m imagining the closest this comes is just having a somewhat smooth and creamier mouthfeel from the oolong/white base. Maybe the coconut is supposed to emulate something there? I can’t imagine the coconut adding anything to the jam, though I do enjoy the berry/coconut flavor.

The package said to drink the tea without milk, so what did I decide to do? …Be a rebel and steep the remainder of the sampler in a quart of coconut milk. Yaaa, tea rebel! Something about the flavors/ingredients just made me wildly curious how that might turn out, and it was on an e-mail I got from Bird & Blend that actually recommended trying cold steeping in coconut milk to begin with. I was a little heavy on the leaf and gave it a pretty long cold steep (I think it was about a day?), but admit I wasn’t entirely sure if it would work out or not (I have this gut feeling a blend may need to be pretty hibi-hip heavy for this to work, and I wasn’t sure if this leaf had quite enough). Oddly enough, I was expecting the finished steep to be slightly pinkish since the tea was a light pink color, but the color dissolved off the cornflower petals, and I ended up with faintly blue coconut milk, which just made me think of that blue milk from Star Wars.

It actually didn’t turn out too bad. It is obviously very coconuty in flavor, but it is also very thick and creamy, which I think fits for a tea that was named after rice pudding in the first place. There are subtle notes of the fruity flavors, though they aren’t as strong as in the plain tea; it is sort of like having a coconut milk with a subtle jammy aftertaste (and a pretty blue color, hahaha). I do think in the end it did need stronger hibi-hip to work in the milk, but I like the flavor with the super thick and creamy texture. Maybe if I had a lot of tea leaf I could’ve made it work properly (I did add more leaf than I normally do for a quart of cold steeping, but obviously it would’ve needed even more for this experiment). An enjoyable enough drink, but not exactly what I was hoping for. Don’t regret the experiment, though!

So, I don’t know what went wrong with this tea but SOMETHING went really wrong…

I brewed it up in a tea press this morning and to be totally fair the press did smell somewhat like spearmint, which was the last tea I had made in it. However, I REALLY don’t think that spearmint would have affected the profile the way that this came out even if it did transfer some of that flavour over.

Basically, the tea tasted savory. I had a whole bunch of people try it to try and place exactly what the weird, savory note that was present was and while we weren’t 100% in agreement the general consensus was that it tasted like some sort of broth/soup stock. Kind of a chicken-y bouillon/soy sauce weirdness and then a REALLY strong note of the raw, sweet and earthy taste of carrots. It was gross, and highly unlike what the tea should have tasted like based on both the ingredients and my past tastings…

Only other thing that really came through in the flavour was some really weak hibiscus sourness, and a tiny hint of coconut. So much nope, though!

I’ve decided I don’t like this. It’s just weird.

All I can really taste is oolong, and…vegetables? Not the freshest vegetables, either. I hesitate to say rotting, because that would be unfair. It’s not that bad, but it’s not good either.

The first time I tried this, I made a latte with coconut milk. At least, I think that’s what I did. It curdled a bit, but I didn’t hate it. I think the coconut milk hid a multitude of sins.

Today’s cup, at work, was straight. No additions. Nada. I feel like I experienced this one in it’s true form, and it just didn’t work. Oolong and fruit clearly don’t do it for me. The coconut held up well, but to be honest I probably wouldn’t have noticed if it hadn’t. This blend has bigger problems.

The fruit flavour overpowers the tea flavours that this might as well be a fruit tea.