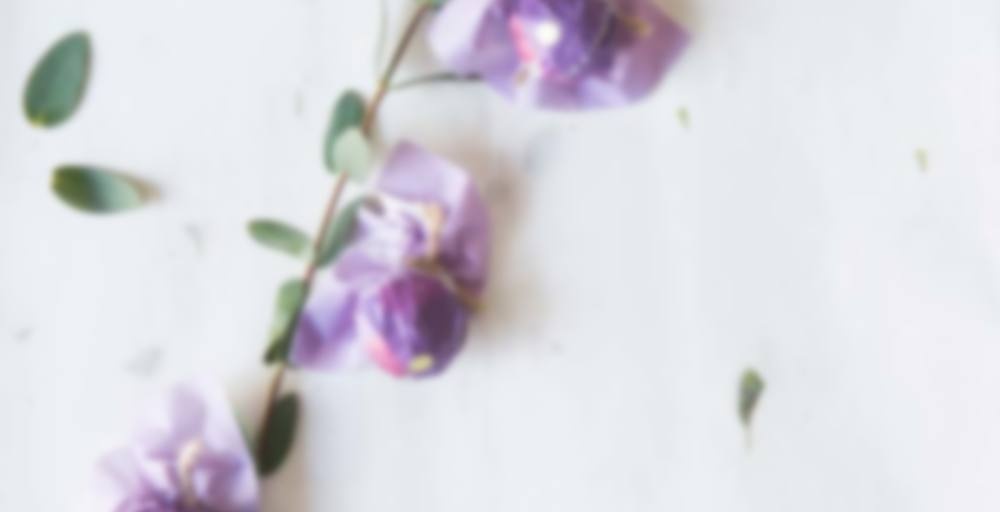 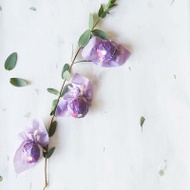 by Bitterleaf Teas
77
You

Our Plum Beauty Mengsong raw puer is available in 3 levels: bronze, silver and gold, with their distinctions defined by tree age and quality of material. Theses teas provide an excellent opportunity for comparison of varying source material in close proximity, with equal processing.

The gardens for these teas are located in the northern region of Mengsong (Menghai county), just a few kilometers south of Naka, at an altitude between 1800-1900m. Mengsong is noted for its small leaf varietal tea trees.

We worked together on these teas with a friend (Mei) who has been leasing these gardens for the past 10 years and has a contract that extends well into the next decade. Her conscientious approach to maintaining the land and meticulous oversight of these teas’ production made them an easy choice for pressing.

The highest grade of the bunch, this tea contains an even smoother texture than the silver. It produces a thick, expanding feeling in the mouth that reaches each corner. Using ancient tree (in other words older than old) material, this tea has a nice chaqi/energy and good huigan.

This is a review for the gold grade dragon ball. I wasn’t drinking this at home, so I didn’t have my 100ml gaiwan at hand, which would have been better suited. Instead, I ended up using a 130ml gaiwan which I filled up to a point which is about 100ml. I didn’t weigh the ball, so we’ll just assume it was around seven grams. I gave the ball a thirty second rinse which I normally do with these things and tasted the wash while I gave the moisture five minutes or so to penetrate deeper into the tight little knot. The taste was different from what I’m used to seeing from young sheng. It is possible I’m being influenced here by the name, but somewhat similar to the Hai Lang Hao 2015 Yi Shan Mo, I was definitely tasting some plum, although this time it was fresh plum, as opposed to the more jammy plum found in the Yi Shan Mo. As you’d expect from such a long infusion, there was body already and the stone fruit aftertaste was quite long-lasting.

I proceeded to do thirteen more infusions, the timing for these being 8s, 5s, 5s, 8s, 10s, 15s, 20s, 30s, 45s, 75s, 2 min., 3 min. and 4 min. While the body was still light and the flavors themselves light in nature, the tea started off with a fair amount of strength already. The flavor was quite unique: a floral sweetness accompanied by some sort of oily taste (not texture), perhaps rapeseed. The aftertaste was long and I could still taste it between infusions. In the second steep the oil and flowers were joined by white grapes. The texture had now improved and become quite luxurious.

The third infusion presented the tea at its boldest yet. I was now tasting more of the skin of the grapes than the flesh and while the floral notes were still present as well, the overall flavor profile had shifted more towards earthy/mineral tones. The finish was fresh and refreshing. Instead of oily, the fourth infusion had now become much more creamy, like melted ice cream, in a good way. The tea continued to maintain its luxurious feel.

Steep five presented the tea probably at its boldest. It was now much more earthy, lacking nearly all of the prior higher notes. The soup was thicker, more savory than before and quite brothy. The infusion that followed continued heading into a more mineral and metallic direction, which I didn’t particularly care for. At the same time, the finish started showing signs of a sweeter vegetal nature. The body was still holding up and the tea itself was quite refreshing and even a bit cooling.

While there was till strength, I was a bit surprised to find the flavors already starting to taper off around the seventh steep. At the same time the tea was beginning to lose my interest as it was starting to become more generic. The taste was chiefly mineral, vegetal and metallic. To prove me wrong, the next steep suddenly greeted me with a fairly thick broth which embodied the sweet taste of peas. While this is something I may have tasted before, it is something I’ve never identified before. It felt like another victory for my palate. All that palate training is paying off.

While the body didn’t maintain its high viscosity, the texture remained quite nice though in the ninth steep. There was still plenty of flavor and I was tasting more of the pea pods than the peas themselves now. The tenth brew was similar, but now started to show some signs of harshness. The taste was part mineral, part vegetal. Mouthfeel remained very enjoyable, smooth, almost oily, luxurious.

The small bit of harshness was gone for the eleventh brew, never to make a return. The strength remained good. I was still getting the peas. The texture was now almost a bit grainy. The sweet aftertaste was long and while it still had the peas, it actually reminded me a lot of vanilla. This made me start thinking that perhaps the two aren’t that far apart. Surprisingly the twelfth brew was still showing a lot of legs. The soup was full, sweet and lubricating. Quite enjoyable. The thirteenth steep was finally the last one I did. I was now starting to lose flavor proper and finding the tea itself less enjoyable overall. While there was still body and the familiar pea sweetness was there, I decided to call it here, because even if there were a couple more brews in these leaves, I made the educated guess that I’d seen all there was to see.

Overall the gold grade was really good. I received a free sample of the silver grade some months back and although I sessioned it, I don’t think I wrote a review for it. Although my memory of it is hazy, I do believe the two teas share some similarities like the early floral aspect and the emphasized texture and aroma. At the same time, my experience with the silver was that it was much more muted in flavor and became much harsher in the later steeps. The gold grade seemed to have much more strength, even better texture and it was just much smoother overall. Even though it’s not quite a fair comparison since I wasn’t drinking the two side by side, for me the differences were huge.

The quality of the material is very high and while this was one of the more enjoyable sessions I’ve had of late, at the same time this was one of those teas that are fun to try, but not something I’d necessarily be looking to revisit. And there’s nothing wrong with that, most teas fall in this category for me anyway. The gold grade is probably the most enlightening in the context of trying out samples of all three grades. For drinking now, it’s a really good tea. I actually ended up buying a cake of the ripe pu’er version made from the silver grade material, so those intrigued by high-quality shu pu’er might want to check that one out as well. It has my personal stamp of approval, for what that’s worth.

It started out tasting like flowers and green herbs together, nice backbone of bitterness, really intensely flavorful. The aftertaste quickly turns cool at the tip of my tongue and the front roof of my mouth, while I continue to feel those big flavors deeper in my throat. After a short delay, my throat starts to turn cool and almost numbing, too. This tea tastes like a big burly guy dressed in some sort of delicate Brian Froud faerie costume and pulling it off in a super sexy study in contrasts sort of way.

Later steeps mellowed out in rich savory bean broth. Not much aftertaste or astringency anymore, just savory yums with eventually some bitter vegetal notes joining in.

I got a lot of housework and stuff done in between steeps – it kept me chill and productive and happy for hours and hours today. Might have to grab a few more.

The immediate taste was floral with a bitter aftertaste. The description on Bitter Leaf’s website was incredibly accurate. Although the bitterness was strong in the initial steeps, it went away after 3-4 steeps while the sweetness stayed.

I’m still new in the pu erh world, but this is one of the samples that I’ve tried that I’d consider binging it if BLT has a sale (the other being W2T’s Poundcake). Another reviewer here commented that the gold level is much smoother and better in general, so I’d be curious to try that as well.

A side note: the leaves expanded to the point that it kind of blocked the sprout of my tiny clay pot. It hasn’t happened with other raw pu erh, so maybe Plum Beauty has bigger leaf? I’m not sure, but it was slightly inconvenient/annoying.

A comparative tasting of Plum Beauty Bronze vs. Gold

I was gifted either end of the Plum Beauty spectrum by a generous teafriend, so I did a side-by-side gaiwan tasting after two rinses, necessitated by the ball needing to be prized apart by fork after the first rinse and then re-rinsed on its essentially still bone-dry interior.

One thing was not expecting was that even at the post-rinse stage, prior to first steep, the odor would have led me to correctly identify which tea was which even if the leaf was not viewable. The gold has a most enticing aroma, while the bronze, not to put too fine a point on it, smelled like young pu.

The trend continued into the cupping – the bronze was certainly not bad, but embodied evetything about why I rarely drink young pu. It wasn’t bad, per se, but really didn’t bring anything much to the table that would lead me to choose it over even a decent, inexpensive oolong or aged pu of dubious material (hi zhuancha!). A bit rough, rather thin, altogether unprepossessing.

The gold, on the other hand, had a much fuller mouthfeel and left a nice aftertaste behind. It may have been somewhat overshadowed by my rather recent experience with F*ck What U Heard, which it simply isn’t on the level of, but it was an excellent drink and one which I am going to add a few of to the stash, as I expect it might be a splendid treat when I don’t want to mess around with separating something off a cake (or don’t have access to any more of W2T’s splendid but high-dollar beengs).

A definite eye-opening experience into just how much difference the initial leaf quality really can make.