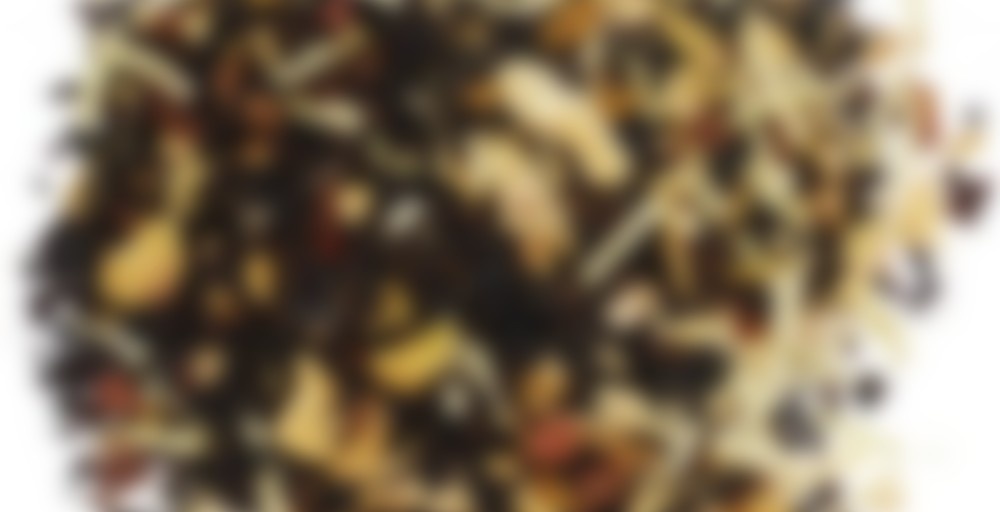 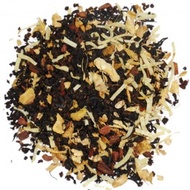 This Chai is nothing short of a delicacy. Rich with ginger root, cinnamon, coconut and vanilla.

I received this in a surprise package from VariaTEA – thank you so much.

I really like this – really really like this. It’s creamy coconut with mild chai spices. I really like the balances of spices and then the coconut is just a bonus addition. I don’t think this is my perfect chai, but it’s getting close.
Thanks VariaTEA for introducing me to this one.

Yay! I am so glad you like this. I was worried it would not live up to the many chais you have tried. I realize I am not a huge chai fan so although I enjoyed this, I will probably have a hard time getting through what I have left. I would be happy to send some more your way if you like.

Also, I haven’t tried the other chai yet. I keep meaning to do that and then I get distracted by something else. I hope it is a success as well.

Thank you, very generous offer. No thank you. I have MOUNTAINS of chai. I really need to be drinking what I have…

Today something miraculous happened that changed this day from meh to awesome! I got back not one, but two papers, each worth 33% of my final grade and both were…As!!! Okay one was an A- but that is still an A of sorts, right?. Anyways, what makes this so miraculous was I was actually pretty sure I did not do so great on both papers. In fact, I was trying to figure out just how amazing my final paper for the class would have to be in order to pass (I was calculating this out with the grades I thought I would have gotten). Both papers were on subject matter that I did not find particularly interesting nor was I very comfortable writing about them (I mean one of the papers I was so lost as to what to write about that I ended up pulling an all-nighter and not finishing the paper until noon, just 4 hours before it was due) but apparently I was comfortable enough to do well so YAY!

I thought I would share my exciting news because it definitely brightened my day but now on to the tea. Dry this smelled so coconut-y and delicious. So when I took my first sip of the steeped tea, I was definitely surprised as to how much coconut I did NOT taste. I mean, if I had not known it was a coconut chai, I would have never been able to guess because there was NO coconut. What did I taste? Ginger, with a bit of cinnamon. The ginger flavor was just so dominant that I decided to turn this into a chai latte and see if that did anything.

As a latte, the ginger calmed a bit. Some of the other spices were able to pop a bit more. Still, I missed the coconut I was promised. I finally decided to try one more thing in hopes of bringing out the sweet coconut-y goodness my nose promised was hiding – sweetner.

Given I drink tea to get flavor into my diet, I hate having to resort to additives to make the tea taste how it should. You will never find sugar or honey (unless I am sick) in one of my tea cups just because that would defeat the purpose of the tea. However, the other day I picked up some Truvia that I have been wanting to try so I decided now was as good a time as any. Wary of making the tea too sweet, I added less than 1/4 of the packet. Luckily that was enough to bring the coconut out.

So 1/2 cup of frothed milk (more than I usually use but I got distracted pouring) and some Truvia later, I am finally enjoying this cup of coconut chai. The ginger is still prominent but no longer over-powering and dominant. Its flavor is blended with a sweetness from the coconut and a little more spice from the cinnamon. Is this my favorite cup of tea? No, not by a long shot. But, it is pleasant for this cold evening to sip on something different from my usual dessert teas.

w00t congratulations on the grades! It always feels like such a relief to get papers back with decent grades, especially when you thought you bombed them haha.

That is for sure. I actually dreaded having the papers returned and was so thankful when I could just rummage through a pile to get them back as opposed to having to be handed it back face-to-face with the person who marked it. I thought that would be far too embarrassing. Luckily, I was worried over nothing.

Yay! So glad you did better than you expected. :) That’s always a lovely surprise.

Good job! I hated that calculating your grades when you thought you did bad, you figure out the lowest you could get then the highest you need on the final to get a certain grade.. I can totally relate, did that way too much lol. Always a relief to get an unexpected good mark! :D

Thanks everyone! It definitely made my day much better and helped relieve a lot of stress and worry. I have one more paper for this class and it has taken off a lot of the pressure to do AMAZING on that – although now that I have As I would like to keep that grade so there is definitely a fair amount of work in the near future.

This one is thanks to VariaTEA!

I’m quite enjoying it. I think it’d be better with some milk (but I’m too lazy to go get some), as the base is a little strong. I added a small amount of honey which helped bring out the coconut.

For a coconut chai, I prefer Zhena’s Gypsy Chai because it’s sweeter, with more coconut and less base, but this one is pretty decent.

I am glad you enjoyed it. I also found the base strong and the coconut lacking. It is good you found a way to bring it out a touch using the honey.

The base was really strong! It got stronger as it cooled. :)