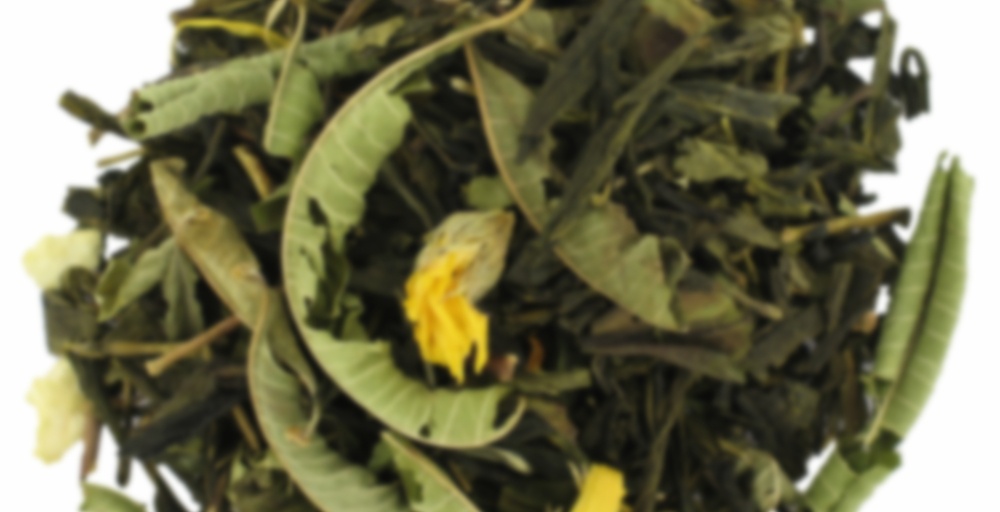 I so rarely come into contact with verbena/vervain in any form that now, when I have this golden opportunity, it’s going to be very, very hard to not make at least one Vampire Diaries joke per sentence. But I will try.

This is, according to my highly scientific calculations (I checked the tray of untried teas in the kitchen) the final Comptoir tea I have yet to try. Overall, they have been far more impressive than the Dammann Frères teas from the same order, but not quite as complex and flavourful as the greens from Mariage Frères I’ve come to love so much. I’ve ranked them 75 throughout, I think, but I think I’ll probably nudge those ratings up to 80 after being bored to death by some more DF teas.

This was a completely random selection – I’m not a huge citrus tea fan, but I was curious about the mandarin. It turned out to be a really good choice.

In the bag, this smells very much like something L’Occitane would sell – a little over the top, heavy and balmy. Still, it’s hard to stop smelling it, because it’s so complex, and the nice roundness of the citrus is really comforting.

Steeped, it’s just great. It reminds me a lot of a blood orange tea I had at The Gage in Chicago (I’ll write a note for that soon, as I asked for some leaf to go) which was just beautiful. This definitely inspires me to look for more blood orange/mandarin teas, as this is turning into a new favourite taste range – maybe citrus teas are for me, after all.

All in all, this is my favourite Comptoir tea so far, which is no small feat – I could drink this every day. (Not to mention the obvious perk of keeping those pesky vamps at bay.)

i have a thing for the citrus scents from l’occitane….. note to self. button click. =0) happy new year dear xoxo.