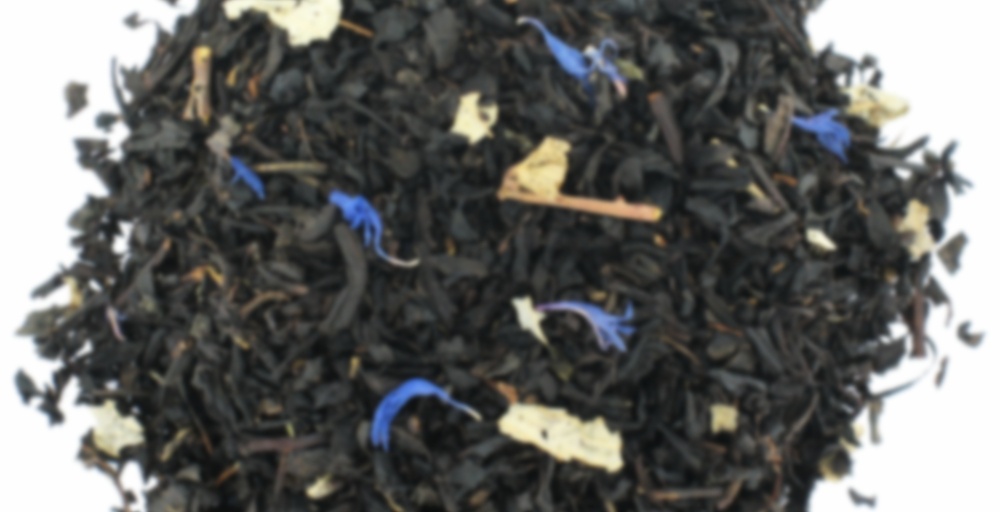 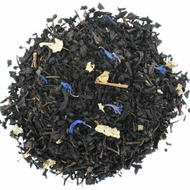 Ok, let’s say right now : I’ve never heard about this company before – it’s the only tea I ordered along my 15 other which is not a Dammann Frères.

I wrote to the website to know the tea brand just to give the right informations here and they mentioned it was Comptoirs des thés et des épices.No way no find anything about this brand on the web.The website argues this is a very old and very high quality import brand -They even mention “teas of Exception”
Gosh…I was quite dubitative even if I have no reasons to doubt.

Opening the bag…the scent is so lovely, for sure natural blueberry.
I had no recommendation for steeping so I tried with 3 minutes and a half and 96°C.
I was searching a blueberry tea and found this one, I wasn’t expecting a lot of this tea except having a lovely taste of blueberry.I had very much more. The taste is more than lovely, very refined and once again so natural.

The tea base is really smooth and present, to me it seems to be a China black.The blueberry goes so well with the tea base, this is really a very very very good surprise.

I am very glad to have ordered this one !

today has been an ysaurella day. i rooted about in the magical envelope she sent me…. and pulled out the myrtille sauvage blend.

i ran the kettle, i measured the tea, i added the water, set the timer and walked away. suddenly i heard edith http://www.youtube.com/watch?v=fFtGfyruroU from the kitchen. she was wearing an old fashioned apron and chasing me about with an oversized wooden spoon!

‘sortez vous de ma cuisine!’ she shrieked…. it’s not like i had much choice! i knew that if that spoon connected it would pack quite a whallop.

i ducked behind the couch and spied covertly. she crashed through the disorganization that is our kitchen.
’we’re renovating,’ i called out in justification of the mess.

it was a mistake, i had interrupted again. a serving fork flew narrowly missing my head.

i smelled jam. jam? i was tempted to look but was still vaguely terrified.

bluberries, but not only. i smelled raspberries? maybe huckleberries? and then cookies?? i took a chance and poked my head up silently. sugar cookies! ysaurella had packed edith piaf in an envelope and sent her to make jam and cookies in our disorganized kitchen? that’s a lady with connections!

edith elegantly placed a cookie on a plate, spooned the warm jam over top and put it next to my steeping tea.

following my nose i found the plate gone, but my jam covered cookie happily steeped in my tea cup.

a refrain called out to me very distantly and i barked laughter, ‘non, je regrette rien…’

I love this one, it was a nice surprise to me to love it so much with these natural notes of blueberry. Glad you liked it too !
Regarding Edith…if she had been in my kitchen, I would never approach ! not because I am afraid of ghosts…but I try not to say that too loud…but I just can’t beat her voice…I know I know this is a sacrilege ! especially for a French but …she was a great talent but I just find her voice awful to my ears !

well I am wondering now… did you loved it or just respected it ?

the first time i heard edith was when i lived in france. it was ‘milord’ over the radio while i had my eyes squeezed closed whizzing around the arc de triomph (http://www.youtube.com/watch?v=BliGIPQ_KHc) at 65 kph. although she isn’t my favourite performer, she will always represent to me that day and, in a lot of ways, france! i heard her everywhere!

lol, i truly loved this tea. i have been craving blueberry teas for months now. i will send you a sample of the only one i’ve found here.

i loved the fact that while the blueberry tasted ripe there was still a fresh green element to it…. it tasted very much like fresh jam poured over sugar cookies to me.