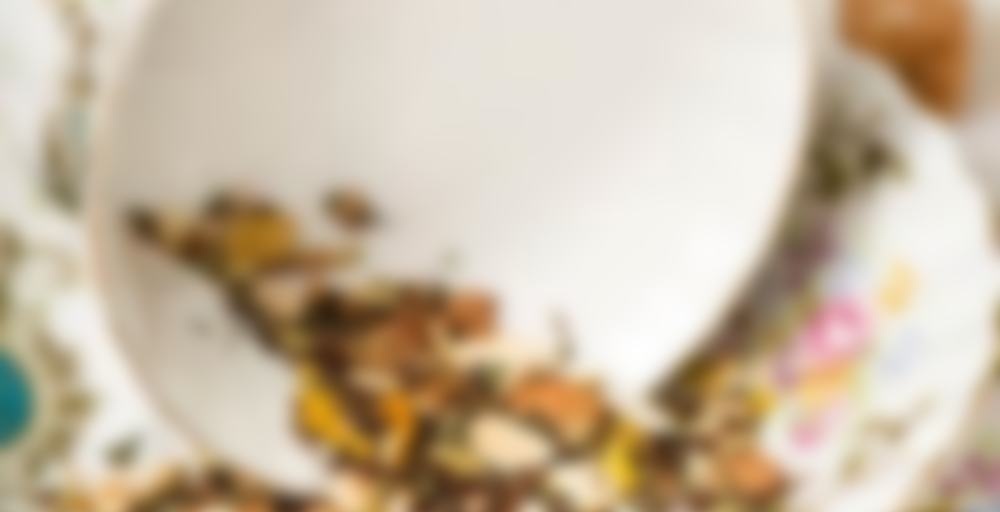 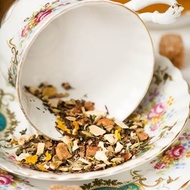 Storm In A Teacup (Cyclone)

by Cupán Tae - The original Irish Tea Shop
75
You

A stormy, spicy herbal blend with a breeze of anise taste.

Party In A Teacup

A Day in Provence

A Day In Paris

Summer in a Cup

I have no idea why but I swore this was a minty green tea for so long. As soon as I brewed it and smelled the anise, I realized how wrong I was. This is a herbal and one that tastes strongly of licorice at that. Definitely not “my cup of tea”, though it was an interesting experience so thank you MissB for the share!

This IS a minty green. Peppermint features strongly, although yes there are fennel seeds in it as well…

I guess it just depends on which flavour you dislike more. ;)

I suppose that’s true. I got so much licorice, not a flavor I like at all and it was made that much worse by the fact that it was unexpected and therefore even more noticeable.

I actually have this one at work with me today. Maybe I’ll make a cup. Try and finish it up.

Had a few cups of this last night, and enjoyed each one. Sweet, didn’t need anything added to it, comforting tea, and surprising taste considering the ingredients. Kind of reminded me of Kapha from TeaGschwendner, minus the spice/heat, and with a whole lot more sweetness/licorice added to it.

Normally I’m not a huge fan of licorice teas, but the smell of this one captured me when I was in Galway, Ireland. I quickly shipped it back to myself for enjoying at home, and am a bit surprised I did now… it would have served me well during my six months in Europe. Ah well, I’ll just have to drink it and grab more when I go back!

162 – another sipdown, courtesy of MissB!

This one smelled so strongly that I decided I needed to drink it soon because
a) it smells intriguing
b) I’m worried it’ll corrupt my gentler teas.

I think it’s mostly fennel and anise, but maybe there’s a bit of mint hiding behind all of that. It’s intense, even after 3 min, but I think this would be the perfect tea or a sore throat. It’d probably coat and cool it and make me feel better. I’d definitely like it around for sick days.

For regular days, it’s nice when you want something punchier in the evening, without the caffiene.

Thanks again! This was a really unique blend!

This tea is SO GOOD when you’re not feeling well. The fennel and anise and (eugh) peppermint work together so well. Especially with a bit of honey.

Large mug last night, and a travel mug of it today.

Thanks so much for sharing, MissB!

I remember this one, it was good cold!

Cold brewed, or steeped hot and left to get cold? :D

lol more of the later. But I imagine cold brew would be ok!

Haha. I’ll probably end up having today’s cup cold, since I went and got a coffee instead of drinking tea on my morning break. :D

ah well let me know what you thought!

It was cold by the end of the day, and was pretty good! I didn’t have enough mugs to bring it to work today, but I see going through the tea pretty fast.

This is certainly a different tea!! Not what I expected. High on the licorice, and that slight burning sensation when I have the candies. It’s sweet as well, though not overly so.
The other day I had a blend with licorice in it and I got an annoying fake sweetness there that I can barely see here.
No additives or anything, though with the amount of licorice imitating ingredients I expected to need it (help cover some of the overpowering notes).
Now, about this mushroom business. I do seem to taste a tiny bit of that, but only if I focus. Otherwise it just kinda hangs in the background and as a mild aftertaste. But then the licorice is there too so I’m noticing the menthol effect up on the roof of my mouth and the mushroom down mid tongue. Very odd indeed.
No white powder as yet, though my steep was relatively short at about two minutes.
Also, I didn’t like this hot very much at all.
Something tells me this’d go over really well if I had a head cold.
Thanks MissB!!!!!

No idea why I didn’t post as having drank this, but I do vaguely remember something mushroom-y as well. Bah. Glad you got a chance to enjoy it!

Thanks MissB! I quite liked the experience

Thanks MissB for the sample!

That love for black licorice probably comes from my Grandpa; before he passed that was his absolute favourite self indulgent treat in the world. He kept pails of licorice allsorts by his lazy boy that he’d snack on during Blue Jays games, and he’d buy black jellybeans in bulk. And he’d sneak me these licorice candies under the kitchen table during supper or let me grab big greedy hand fulls from the buckets. It’s a really good memory I have of him from when I was a child; one of few since when I wasn’t really too old he started to get very, very crotchety and unpleasant for anyone to be around.

We found out years later when I was close to graduating highschool that he had Parkinsons as well as some other degenerative diseases, and that’s why his friendly, enthusiastic demeanor had faded so much over time. Even listening to my mom (who is the youngest of six) talk about him compared with my Aunt Nancy (the oldest) it’s obvious he was more ‘warm’ with Aunt Nancy that Mom, and more involved in Nancy’s childhood – and likely this is why.

But anyway; I know there’s not actually black licorice in the blend and it’s a trick that the fennel, combined with the aniseed, is playing on me. But I’m gonna try and be willfully blind to that; because I want this to taste like black licorice.

Steeped up, sadly, it doesn’t taste like black licorice though; not in the same way it smells like it, anyway. I do get heavy doses of both fennel and anise flavour but it’s fairly overtaken by a very savory, herbaceous note and the peppermint. It tastes very, very weird to me; and I’m wondering if that’s the ribwort leaves. I’ve never had another tea with ribwort leaves and after a very quick Google search I’ve learned that apparently they can have a mushroomy flavour. I have really, really minimal exposure to what mushrooms taste like given that I am pretty allergic to them; any time I’ve had them it’s been really involuntary and, upon realizing I’ve ingested them I’ve had much more pressing things on my mind other than the flavour.

I’m a little disappointed this isn’t as black licorice-y as I wanted it to be, but I know I was projecting unfair expectations onto the tea. It’s definitely not a bad tea; just so weird. Am I actually tasting mushrooms!?

EDIT: I forgot to mention; there was this weird aspect of this one that wasn’t taste related. It left a very thick, powdery white residue all along the inside of my mug and I can’t figure out why – I’ve never had that issue with any of the listed ingredients so unless, again, it’s from the ribwort I can’t explain it.

It was annoying though; almost as bad as gross melted down chocolate goop.

I am… somewhat less excited to try this one now. :)

Oh but you have to though; someone has to tell me if I actually am experiencing the flavour of mushroom without the negative side of effect of incredible itchiness or getting super puffy!

Maybe tomorrow if I don’t get sucked into another puerh session. :)

I think I have a tiny bit left somewhere, but also found the white powder in my tea, too. It was very, very strange stuff.