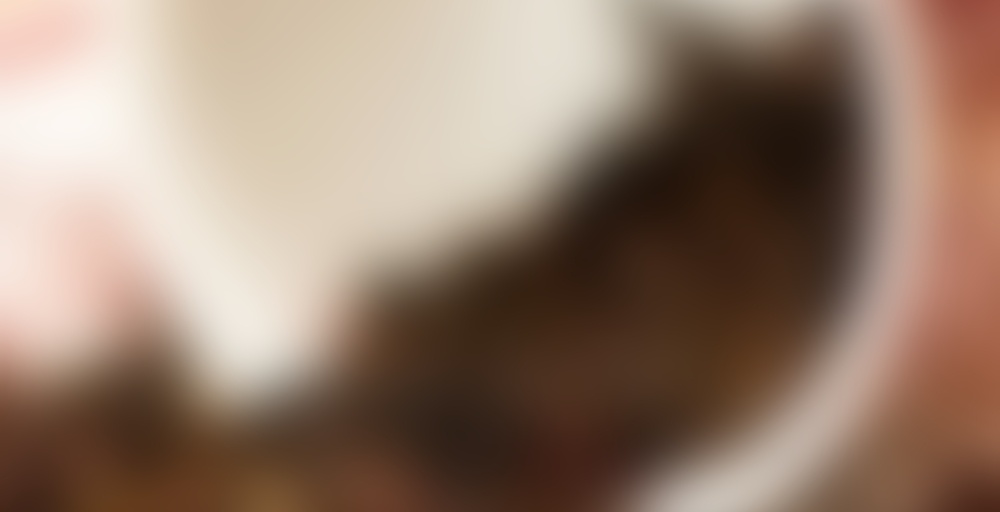 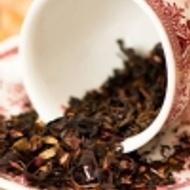 by Cupán Tae - The original Irish Tea Shop
79
You

This is definitely a raspberry tea through and through. The chocolate is a little harder to find though. Still, I don’t find myself disappointed as the raspberry more than makes up for it. The oolongy flavor is present here as well but it seems to compliment the flavor as the tea so its less offensive here than I have found it to be in other teas. Thank you MissB for sending this my way and thank you Sil and Kittenna for making sure I got a sample. 274.

Thanks for sharing this tea as well, MissB!

I don’t think I’m as big a fan of this one as others – it came off as fairly artificial to me, as the combination of chocolate-raspberry often does, and remind me more of my first Lip Smackers lip balm than of fruit and chocolate. (Perhaps it’s because everyone else got raspberry chunks, and I didn’t keep any for myself? :P Unlikely, haha.) It certainly wasn’t a bad tea, and the base was okay (though I’d like to taste a bit more oolong; that usually amps the yum factor for me), I just wasn’t overly keen on it. More for everyone else!

Oh, black and oolong? What?

Anyways, this is from MissB who sent it to Sil who gave it to Kittenna to mail to me. Haha.

I was a little concerned about the smell of the chocolate flavour, but it was good! Chocolate and raspberry for sure. I added a bit of milk, and kind of absentmindedly downed the whole mug before I realized what had happened. You see, I’m researching camper vans on the internets.

Yup. I don’t necessarily want to be mobile all the time, but I’d love a way to safely (because a lone woman tenting can be kinda sketchy) travel and camp so I can go to awesome hiking destinations. And I’ve gotten a little carried away, but that’s fine. If I can ever afford the vehicle, I’ll go visit my dad and he can help me. :D

So I really, surprisingly, enjoyed this tea. Thanks so much for sharing, MissB!

haha this one was hard to part with….which was weird to me heh

Well guys, I have the rest of the bag, and barring myself falling head over heels for it… there’s more to be had. I should really have re-deposited it with Sil so that bits could go into other packages she’s sending out.

Sometimes I’m bad at reading the names of teas I’m making, or paying attention to things like ingredients when I look them up on Steepster.

I’m especially guilty of that with this tea because I originally just assumed it was from Marriage Freres since it’s name is so darn similar to Mousse Au Chocolat from that company, and I received both in the same package. It just made sense to me that this was some sort of version of that blend; and I didn’t even bother to check. And then, both times I had this (the review I’m writing now, and the sipdown I had today that I’ll write about later) I didn’t realize that there was oolong in this. If I had, I likely would have steeped it a bit differently. But there’s nothing I can do about that now though, I suppose.

Firstly; this smells amazing though the aroma is quite strong; I noticed after a day of having it in my possession that I was going to have to keep it separate from all my other samples because even with it double bagged and wrapped in tinfoil I was still smelling it. It’s so decadent though! It reminds me of rich, moist chocolate cake! With a thick layer of creamy, dark chocolate icing.

I was really impressed with the measured out leaf too; I saw a whole raspberry in what I had measured out as well as several other large chunks of raspberry, and lots of cocao shells. Yummy!

Taste wise; this is very much a raspberry focused tea. Yes; the smell of the dry leaf would have you believe that the ratio of chocolate and raspberry would be in favour of the chocolate but the opposite is true. And, the raspberry was actually a little more tart than I was expecting too; a natural sort of tart though. Kind of like raspberries straight from the garden that weren’t quite ready to be picked – but awfully darn close! And, the raspberry flavour lingers in your mouth for a very, very long time too.

And then, underneath that very intense and sharp raspberry flavour is the chocolate. It is rich and indulgent like the smell makes you think it should be; just not as intense as the raspberry, and the flavour doesn’t stick around nearly as long either. It’s like tasting raspberry, then chocolate, then raspberry again.

Like I sort of touched on; I didn’t taste anything that would’ve led me to believe there was oolong or rooibos in this; though I did taste a mild roasty flavour that reminded me loosely of coffee; knowing now that there’s mate in this that makes sense to me if it’s a roasted mate!

Overall I thought this was pretty good; definitely a little different than anticipated but in a good way! And it’s nice being surprised, too. Thanks MissB!

And, today’s pretty close to over (and may in fact already be over for some of you) but today’s word of the day was: Gait! A gait is: “A distinctive manner of walking; a particular style of such movement.” This one wasn’t a new word for me; but it was for Tre. He had a good laugh about the example sentence for this one too, which was:

‘All the male models seemed to approach the stage with a peculiar gait.’

I should have asked him to do his best model walk for me; I can pretty much guarantee it would have been a disaster.

Glad you liked it! They handblend all of their teas in the most adorable little shop on the banks of the river in Galway, and this one spoke to me, smell-wise… I just couldn’t try it myself due to the oolong. So I’m glad I’m seeing it’s being appreciated (good or bad).

Ohhhhh my goodness! Tasty doesn’t begin to describe this. I’m in love, surely!
Thank you MissB for the sample!!!
This is definitely mousse. Not just chocolate, but the texture of mousse, with that extra berry tartness as well.
Towards the end, my cup showed more berry than chocolate, which was nice as well. A little tart since I added no sugar.
Very smooth as well. Excuse me while I go fawn over my cup…

Yum! I’m looking forward to trying this once I’m back home.

told you this one was good! :)

Kittenna, make sure you have time to savour :P
Sil, Oh man I neeeeed more of this one

Second steep was good too!!

We will see what’s left once it’s parcelled out to everyone I’m sending stuff too. I still have a couple Victoria people plus others, but I suspect there will be some left after that :)

claps hands
I’m excited for everyone to try :D

This one was sent my way by MissB who is off galavanting across the world, in a trip of epic proportions that i am totally jealous of. Her way of smoothing things over is to send back random tea for myself and the rest of us to share. :) So i’m gradually trying to go through the teas she’s sending so i can divy them up and get them sent out to the rest of the group of folks who are sharing the teas with me. I generally find raspberry to be fairly artificial in most teas…or have a taste that i just don’t like. even stacy’s raspberry tea was NOT my favourite.

this tea, straight is very much a raspberry tea, with the hint of chocolate mousse coming through at the end. The dry leaf reminds me of MF’s mousse au chocolat just a little. However, when i added just a touch of sugar to this, the rasberries really POPPED and the chocolate came out of hiding to create a delicious cup of chocolate raspberry tea. It was the perfect cup of tea last night. (also there are giant real dried raspberries in this..so yay! for that!)

So, so very glad you loved this (and that my trip of epic proportions is helping bring you along in some small way).

I only wish i could meet up with you somewhere. that would be awesome! Instead, i’m living vicariously through your posts and pictures and tea! haha