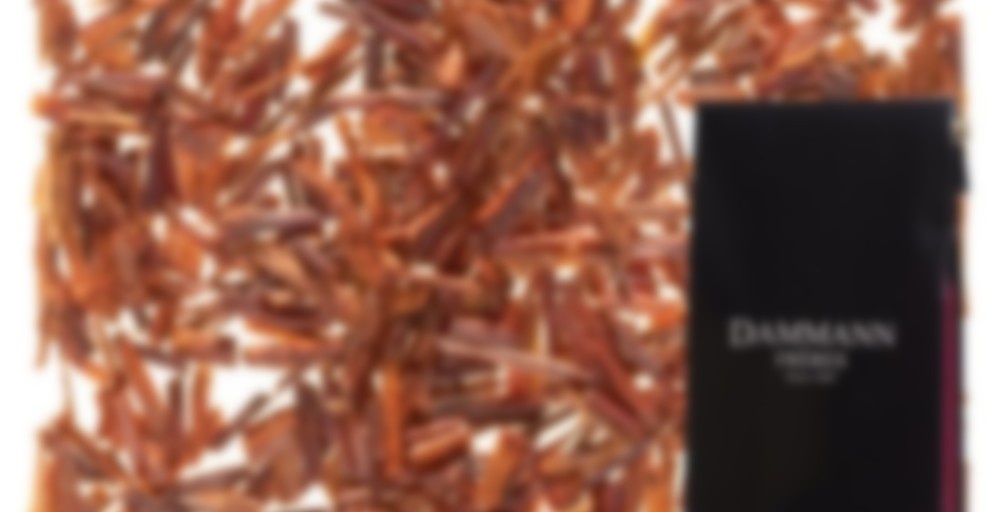 by Dammann Frères
79
You

Subtle harmony between these two plants originated in the Southern hemisphere. The sweetness and roundness of vanilla from Madagascar united to a smooth ligueur. (Brewing time: 4 to 5 minutes).

Thank you dear JustJames for sending this along to me.

A lovely rooibos, and exactly what I wanted tonight to wind down with. Lovely vanilla tea, and one that I can barely taste as being rooibos-y. Creamy, a touch tart, and thick. Delicious!

so glad to oblige, my dear!

Received this as a free sample from my Dammann Freres order.

At first the smell of the dry tea sachet was medicinal rooibos. I was a bit worried. Would Dammann blend their rooibos tea to just as delicious and exceptional as all the others?!?

The brewed tea tastes lightly of vanilla. It is not super vanilla to cover up the taste of the rooibos. It is vanilla that works with the rooibos. The rooibos is woody, but it is not medicinal or peppery tasting. It is creamy and the liquor is thick. I am not a huge rooibos, or vanilla tea, but Dammann did not disappoint (as usual) :)

free sample from dammann.
do your worst rooibos!

Smells nice and vanilla like. I can pick out a bit of the rooibos scent too. Once brewed this tea is just a bland mixture of vanilla and rooibos taste. Totally unremarkable and boring until I add sugar. Once it is sweetened it is enjoyable, but still not impressive and not worth the higher price tag of Dammann Freres. I could get this in a grocery store brand like Mighty Leaf in a similar silken brewing pouch. This gets a meh from me.

Boiling 4 min, 0 sec
Yours I Like This
2 likes
1 comments
Edit

I hate it when a tea you want to be spectacular is just meh.

This was one of the free samples that Dammann Freres included with my advent calendar, and it looks like it’s one I’ve tried before though I only vaguely remember trying it. I think it was actually either a free sample the last time that I ordered my DF advent or maybe part of the advent itself? Either way, I appear to have felt pretty neutral about it.

I made this cup last night, and I was actually very pleasantly surprised by it – especially because I had just read my old tasting note on it immediately prior. It’s still a strong/distinct rooibos taste but the vanilla was actually stronger than expected and pretty distinct. It’s more of that aromatic and a tiny touch floral tasting vanilla – not so much a dense/creamy vanilla, which makes a lot of sense to me. I know now that the sort of thick and creamy vanilla note is more of a North American flavour profile, but the more aromatic/floral vanilla is more common in with European teas.

So I think this is actually a nice reflection of that flavour preference/difference!

I’m upping the rating, just slightly, from the 70 I had previously scored it.

I enjoy a creamy vanilla rooibos, but I am very particular. Vanilla and rooibos, to me, need to be of really nice quality especially if there aren’t other flavors/ingredients involved. I thought this tea was decent, but not my favorite vanilla rooibos. The vanilla was sweet and actually rather strong. There was something about it that I didn’t really enjoy, though. Perhaps it was the aftertaste that ended up being a little too funky. The rooibos was also equally as strong, quite woody and a tad medicinal (I think as a result of the funky vanilla). I am very happy to have tried this one, but wouldn’t purchase more in the future.