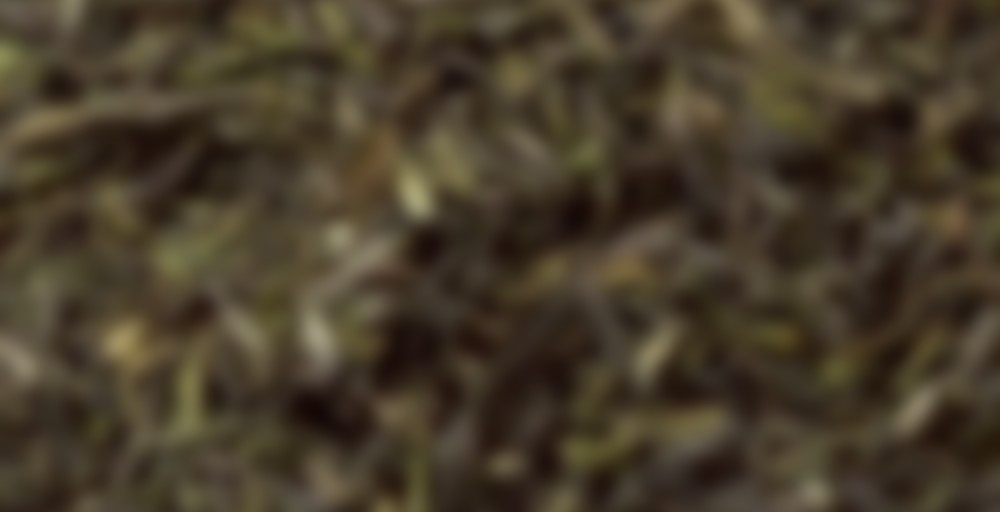 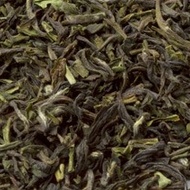 with 54 Ratings Rate this tea Rate This Tea

Korean tea is exceptionally rare and difficult to find, and this one is worth the trouble. Grown in a monastic style garden in the Jiri Mountain slopes of Korea, this tea is lovingly tended by those who enter into a monk lifestyle to devote their lives to tea. The result is a tea that is unusually complex and pleasantly earthy. Count your blessings – each sip is divine salvation.

I’ll probably focus on finishing it up, and then I’ll have to decide what green tea to fill it back up with (fill as in 50g, not 100 – I learned my lesson!) I’m thinking North African Mint, Movie Night or Countess of Seville!

ETA: Those last 2 cups worth of tea had an “accident”. They were over a year old – I think it’s stale. #excuses

Lol. Those kinds of accidents are always so nice to have. :)

Right? I’m sure we’ve all been there!

Picked up a little $1 bag when I was pursuing the giant Perfect Mugs (on my Kissmas list ;) ).

I found the flavour to be very mild, almost too mild for me. I didn’t find it bitter, but it was a bit salty and slightly vegetal in the way nori seaweed can be, but not enough of that delicious seaweed flavour that I crave.

Just not enough! I think maybe the sample pack was a teeny bit too small for the mug I used. Either way I probably won’t go back for this one – it made me crave gyokuro and I KNOW that will cure my flavour blues :D

i find the amount in those is slightly small for the perfect mugs. ..but i like really strong tea.

Good call – I was definitely using my perfect mug! It’s more of a tsp instead of a “perfect” tsp hey? haha

For Korean Sejak, you have to use lower temperature than other green teas, and longer brewing time. I can never make it as good as my mom does, but when it’s done right, you can never go back to other green teas.

Sejak is the middle quality Korean tea. Ujon is the highest quality. Sejak should be brewed at around 65-70 degrees for perhaps a minute or so, depending on the steeping vessel.
The best teas are picked in Hadong on Jirisan, and as with all green teas, the first leaves are the finest and contain the lion’s share of all the goodness of the tea.
I am sorry to disagree with you Stella, but Korean jakseol green teas are very delicate and must not be brewed for a long time. If you brew it for a long time it will become bitter, and the color will become slightly more brown than the proper golden color.

Split a pot of this with my roommate tonight. If someone had told me that I was drinking steeped seaweed, I would 100% believe them – this tea tastes salty, a bit sweet and umami, and very marine. It’s a little bit bitter at the end, but there was a lot of broken leaf in the package, so that could perhaps be the cause.

Honestly, although I adore sushi, and love seaweed, I really would prefer not to be drinking a cup of tea that tastes like seaweed as well. Give me a nice genmaicha with my sushi, thanks. And I’d rather have seaweed in dried snack form as opposed to beverage form. Certainly an interesting tea, but preferably one I won’t be drinking again!

ETA: Im sure this one would have re-steeped at least once ok, but we really didn’t care for it, so just ditched it.

I just drank some daejak and I must be a fan of drinking seaweed!

lol, got me thinking about dried seaweed snacks, then I thought of my favorite one being kimchi flavored, then thought of the idea of seaweed kimchi tea. Arggg, not for me (kimchi or not).

I decided to grab a pack of this when Davids was having their $1 straight tea special. I figured it was a good opportunity to try something that I wouldn’t normally buy from Davids.

I steeped it as directed (74 degrees for 2-3 minutes). I used a teapot with the strainer basket, but when I pulled out the basket at the 3 minute mark I noticed that there were a lot of broken tea leaves in the brew. It looked kind of like a cheap snow globe where they were skimpy on the snow. mmm…I think if I ever had to live in a snow globe I’d want it to be made of tea.

My first few sips were delicious, exactly what I would have expected of a green tea – grassy, vegetal (yay! look at me, learning the fancy tea words). I’m uncertain whether I’ve had a Korean Green tea before, but I must say that at first, it managed to impress me as much as some of my beloved Japanese greens. I did find a slight touch of bitterness seeping in as the tea cooled. I’m wondering if that’s an effect of the cooling, or if it was caused but the wee flurry o’ tea leave crumbs that were left behind when I pulled out the basket? The tea crumbs, or sediment, or whatever it’s called, is not excessive but is definitely noticeable.
The second steep was much more bland and disappointing. I was expecting a bit more longevity from a straight tea, but for one dollar, I can’t really complain. I’m glad I’m giving these $1 straight teas a try, but I think I’ll always favor Davids flavored selection.

You’re doing great on the «fancy tea words», good job :-)
Psst… would love to live in a tea snow globe too…

oh wow. woops i overleafed like bigtime. but i just sipped some down and added hot water. all fixed.
also i bet the second steep will naturally be mellower.
very green and fresh.
an honest green flavor. shinny and bright.

i’m drinking only two cups of tea today.
trying to pre-adjust my body clock from NY to Paris time. if anyone has any jet lag management advice i’m all ears! xo

You lucky duck! Have fun in Paris! :)

Ginseng Oolong. got it. hah. i can drink more tea. that i can do yes.

This is my second time trying a Korean green tea, and what can I say except that I really like the taste of seaweed. This is similar to the Daejak I had from Upton, but the flavor is much stronger from what I remember. It’s brothy and salty. I got about 5 small steeps out of this, and past steep three it starts becoming unremarkable, tasting like a generic green tea. That second steep though – mmm, just like seaweed salad!

So I bought a small $1 pack of this today because I always have an affinity for green teas and I’ve been meaning to try a Korean green for a while! This most definitely did not disappoint. The package actually contained twice the amount of tea that I usually use for a single serving, so I still have some extra to have later, but I definitely think I will be searching out more for purchase.

I’ve always been experimenting with steeping times when I brew green tea, and brewed this with a more mild temperature than my usual method for greens, and the results were fantastic. Sweet and mildly salty, with pleasant green after taste. The leaves, as others have noted, come in drastically different shapes and sizes, but I don’t know if that’s typical of Korean greens. Either way, I very much enjoyed this, and… don’t have much else to say! But will definitely be enjoying in the future.

I’m curious, they didn’t brew it for you in store? Just gave you enough to steep, in a teabag? Or package?

IIRC, at least at my location, they had Korean Sejak, Ginseng Oolong, Tung Ting Vietnam, White Peony, and 2nd Flush Darjeeling. I wish they had the others. They’re like the little sample packs you get in online orders, although they have the right # of grams printed on the bag. Enough for a couple cups, I think. Great deal IMO!

Oh my, I sweare I replied to this, or maybe Steepster glitched and lost my comment? Either way, yes, what Kittenna said! I’ve been very pleased with the samples I’ve tried so I think it’s both a really great deal and a good way to get acquainted with new tea. Even more so than the in-store $1 deal, since you can brew the tea how you want, rather than rely on the staff at David’s.

That’s the strangest thing! You totally had replied (I read it!), and I was just adding a bit to what you said (namely, specifying the teas in tiny packets, and the sort of packets they were).

For today’s pot of Korean Sejak, I decided to start with more dry tea. The brew was still golden yellow and tasted gentle. It’s clean and green, with a very slightly salty edge. A simple and satisfying lunchtime tea.

I still haven’t succeeded in determining the distinguishing characteristics—if any—of Korean Sejak relative to the Japanese and Chinese teas familiar to me. It seems a bit generic, but certainly not bad and not at all bitter. Smooth.

second infusion: This was not so good, but I suppose that I am at fault since I oversteeped. It ended up tasting like generic green tea lint (as in substandard filterbags).

According to my spreadsheet, this marks my 75th tea from DavidsTea. Hard to believe I’ve got approximately half of them down.

I love the earthy smell of this one, like most unflavoured teas. Almost like a mix between an oolong and genmaicha. Don’t get me wrong – I love to huff some Lime Gelato or Luscious Watermelon haha, but there’s something naturally calming with these straight teas that I love.

Ooh the leaves expand like an oolong. Excellent. Well it’s a bit stronger than an oolong, but of a similar taste, even though technically it’s a green tea. Though unfortunately it’s a bit too bitter for my liking. It’s leaving a bitter taste in the back of me mouth after each sip. Perhaps the water I used was too hot, though I don’t have a thermometer so I can’t really tell. Darn!

A very smooth green tea with a little bit of a grassy taste and a little bit of a seaweed taste. It has a really nice mouthfeel and doesn’t give me drymouth like a lot of greens that have a similar taste. Pretty creamy in the aftertaste.

Just got a call from my vet saying that I can pick up my cat! Hurrah!

I bet you missed the kitty :) YAY

Oh I did! But he missed home more. He wouldn’t eat at the vet’s and kept trying to hide from the vet at the back of his cage, but now he’s gobbling everything down. And his breathing is so much better! :-)