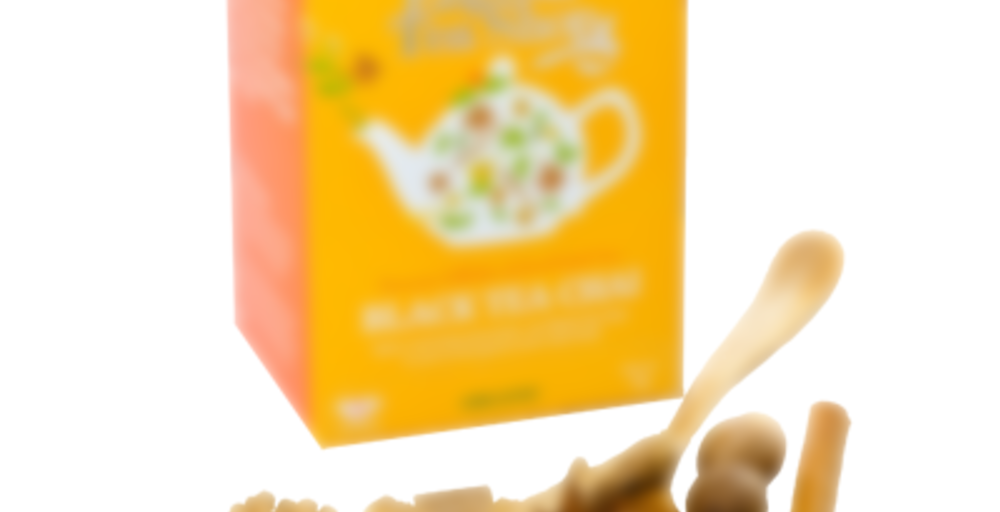 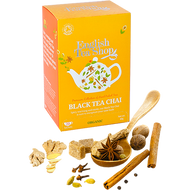 by English Tea Shop
79
You

Spicy, warming and exotic, our Black Tea Chai packs a flavour punch with over 10 Asian herbs and spices.
Sure to enrapture your taste buds.

Woohoo, another oldie. It was a single tea bag in cupboard. Who knows how old? How expesive it was? I have no idea even where I get it, if I bought it myself, or it was from some tea bag exchange.

Anyway to the tea. After about 4 minutes of steep I made first notes about aromas. I notice vanilla, cinnamon and nutmeg. Not much of tea base. Colour is brown, bronze – clear.

In taste it is bit weak, but still very good. Lots of spices, mostly … I do not know honestly. Maybe cloves, or it is star anise. Certainly orange peel in is making it bit smoother. A cinnamon is in for sure too. But I do not notice it much, maybe because there is nothing in contrast (as for example in Apple & Cinnamon). As it cools down, notice ginger and another more spicy spices. Maybe bit caramel too? But tea base is weak.

In conclusion, I think it is quite nice chai. Even when old. Bit sweet, but mostly spicy (expected). I expected more from tea base, more malty. That is bit sad in this tea.

Haha, I have so many of these random things in my cupboard… Glad this one worked out reasonably well!

Kittenna – I think those are alright, because they are in foil wrappings. But when they are just in paper bag… I am not sure if I dare try them :D

Not bad. Drank it with a little vanilla almond milk. The spices are mild and not overpowering but I found the black tea base to be a little bitter. I think I’ll add honey or maple syrup next time and see if that helps.

A mild chai. It wasn’t as flavorful and spicy as I had hoped. It tasted mainly like cinnamon.

Subtly special. Finds a happy medium between a simple black tea and spicy chai, but with a gentle hint of cream.The bags are small though, and since I like my cups big it was not as strong as I’d liked.