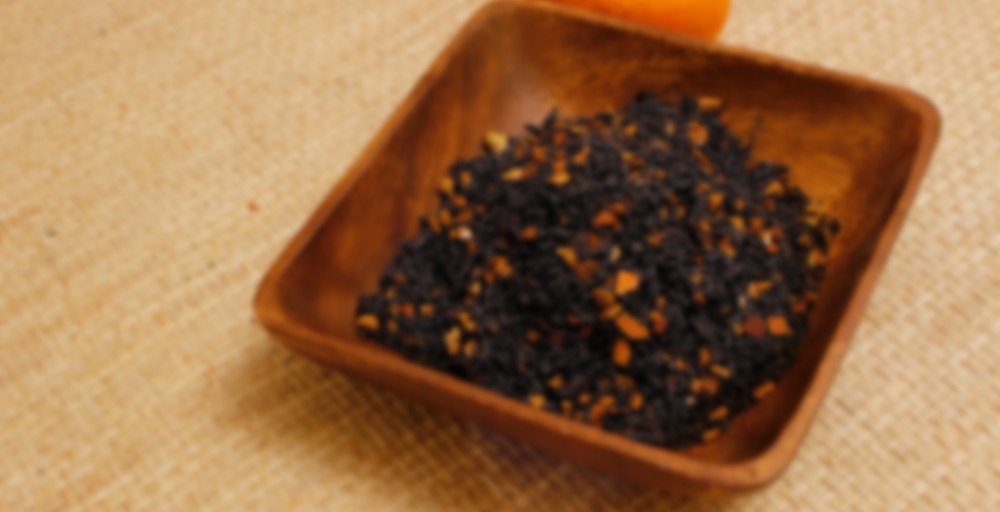 Warmth comes in a variety of shades and seasons, insinuating itself first in the intensely autumnal sight of this spiced black tea. One can’t help but picture a fire when confronted with the site of ember-like citrus chips atop a crisp smolder of black tea. It’s the perfect blend to let heat tease out the lung-opening flavors, letting the tang spark your palette while the generous cinammon bark adds heat. All that’s missing is a fireside chair and your favorite novel.

This tea has depth, flavor and an aroma that adds edge to the idea of “cozy”, unable to be missed, even by the attentions of the most devoted coffee drinker. Hot cinnamon spice warms in stages, realizing that simple steam and weight do not a heated evening make. Rather it’s the initial zest that quickly peels back to allow for the clove-clouded black central tones to take control. Long burning flavours from the cloves ensure that the warmth will last.

The appearance of all good tea matches the promised sensation. Hot cinnamon spice has a distinct look with bright citrus pieces and fire-curled cinnamon bark nestled among the robust black of tea leaves and cloves. An unforgettable tea and a perennial holiday gift favorite; it’s best to stock up.

This is the tea equivalent of that fireball candy you ate as a kid. There is black tea in it, but all I taste is cinnamon. It’ll clear out your sinuses maybe, but… It’s not really my kind of tea. I’d rather drink a chai with a more balanced flavor.

This definitely has a sweet cinnamony taste, but that’s pretty much it. Steep it long or else it’ll just taste like watery cinnamon. I was expecting more spice to this but it’s pretty mellow.

This is the first sample from Good Life Tea that I haven’t brewed as per instructions. I was a little worried that this tea would be too much cinnamon for so early in the morning, and brewing at work limits my water temperature options, unfortunately.

That being said, I really like this tea. I used about 1tsp/16oz, which gave me just enough cinnamon without smothering me in the spice.

Aside from the prevalent cinnamon taste, this tea also has an elusive sweetness that I can feel on my tongue during the sip, but not after. The initial sip has a sugary sweet feel, which morphs into cinnamon in the aftertaste.

Adding sugar actually makes this tea a little too sweet for me (which is fine, since I don’t exactly need the extra calories). It brings out more of the cinnamon taste, and the initial sweetness is stronger.

If you’re a big cinnamon fan, I’d definitely recommend this!

Thank you for the samples, GoodLifeTea! Another blend with the same name of a different company I won’t name… That blend is one of my favorites so I can see where it’s going. The black tea base has plenty of cinnamon and orange. Not enough cinnamon (or the type of cinnamon) to compare to the other though. The other has such a sugary type of cinnamon, I’ve never tasted it anywhere else, it’s tough to compare. This cup is nice though. The black tea is on the lighter side… the color of the cup is a light brown, even after steeping for five minutes. This type of blend could really use a tougher black tea. But the combination of the ingredients is lovely for autumn or winter, as the orange and cloves make it a not-quite-chai.
Steep #1 // just boiled // 5 min
http://www.goodlifetea.com/collections/top-10-selling-items/products/hot-cinnamon-spice-tea