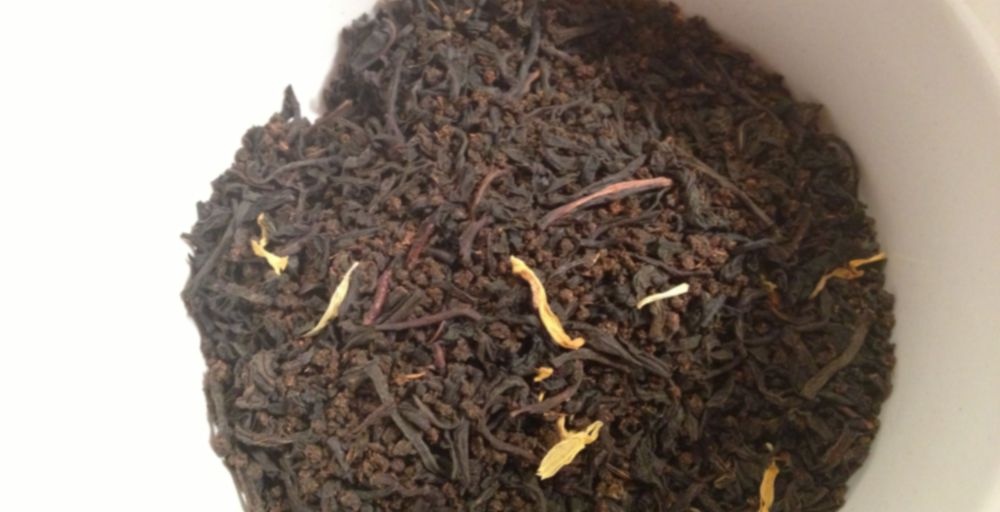 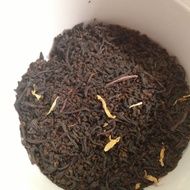 by Granville Island Tea Co
74
You

A mix of blacks, including Assam, with pomegranate and vanilla.

I went to Granville Island because I hadn’t been there for years and then I thought this would make for a nice souvenir tea to drink when I’m in Ontario and so I scooped it up. The prices for 50g are really reasonable!

So… this tea? Well there’s definitely darjeeling in there – I can tell because it’s bitterish. There’s also some fruity notes too which help to make it more enjoyable. And it is enjoyable, although not necessarily memorable. We’ll see if it grows on me.

You might need to get some souvenir tea from Murchie’s. :)

Haha. If we meet up there maybe I’ll try some, but I’ve been pretty ambivalent about most of their teas. Although I do like the Prince Charles blend – maybe because that was one of the first loose-leaf teas I have ever had. It was a gift!

A friend gave me 6 as a gift and they’re all pretty good. :)

Glad you’re enjoying them! I just found I didn’t care for most of them and that was with trying to under-steep it etc. I do have their Russian Caravan and will enjoy that, but I have too much. Gonna add some to my freebie list for the meet-up. :P

I, like the other reviewers here, have forgotten what teas the vendor told me were in this blend. I remember Assam and strawberry and at least 2 other blacks.

The leaves are very small, some may be CTC but there are others that are a bit larger. It infuses quickly. Most definitely smells and tastes of fresh strawberry – enough so that I picked out strawberry from the smell before I remembered the vendor telling me it was in there. A hint of astringency in the last of the swallow makes me wonder if maybe a darjeeling is in the blend. The liquor is a deep mahogany color. I’m going to hazard a guess that it could border on the bitter if let go too long.

Added a picture here that my husband took after my purchases at Granville Island Tea. :)

Backlogging from this morning:
The vendor told me what’s in this tea blend but unfortunately I see to have forgotten it all. I’m catching a slight vanilla scent in the dry leaves mixed with what I think of as the standard tea smell.

Taste-wise it was light but at the same time rather astringent, so I’m thinking maybe darjeeling or a nepalese tea might be involved. I’ll experiment with it, but so far I’m feel rather ‘meh’ about it.

This is the other tea I picked up there. I believe he described it as a blend of many black teas, including vanilla and pomegranate. So naturally, it smells of Monk’s Blend. Well, Monk’s Blend with Assam.

The leaves are a mixture of orthodox and CTC, like Cream Irish Breakfast’s.

They list their steeping instructions as 2-3 minutes. I did four instead. Mild tea, makes me think of a slightly malty monk’s blend (Assam? Mild? I suppose it’s their tea ratios). This is definitely more of an afternoon blend. Nice, though. Liking it more than the Ice Wine, but I think that one might just require some special attention to steeping parameters.

The vanilla and pomegranate are definitely more hints in the background. But I think they compliment it well. Assam’s a bit drying on the tongue, but that’s to be expected.

Sipping this out of my brand new Dalek mug, which I picked up for ten bucks from Golden Age when I was headed back from Granville Island. The bus was passing it. I couldn’t NOT stop. Of course, I get in there and someone’s completely cleaned out the Doctor Who comics. NewWho I could understand, but there was NOTHING in Classic either. Just two division tabs with nothing between them. Sob. The only figures they had were Four and Newly-Regenerated-Five, as well as “Rassilon” (I ought to punch RTD) and the freaky-faced robotics from series five’s second episode. I thought for sure they’d have a 11-Doctors-Hundred-Dollar-Set stashed away, but alas. No Pertwee action figures for me.

Sitting at home drawing the Shalka Doctor comic, and contemplating my Oz and ComLit projects.

Boiling 4 min, 0 sec
Yours I Like This
4 likes
2 comments
Edit

I’ve tried this blend too, though it wasn’t to my tastes – too harsh and not enough of the vanilla-pomegranate IMO. I was just at Granville Island on Boxing Week.

I probably could have steeped it a little longer, but yeah, the vanilla pomegranate is very light.