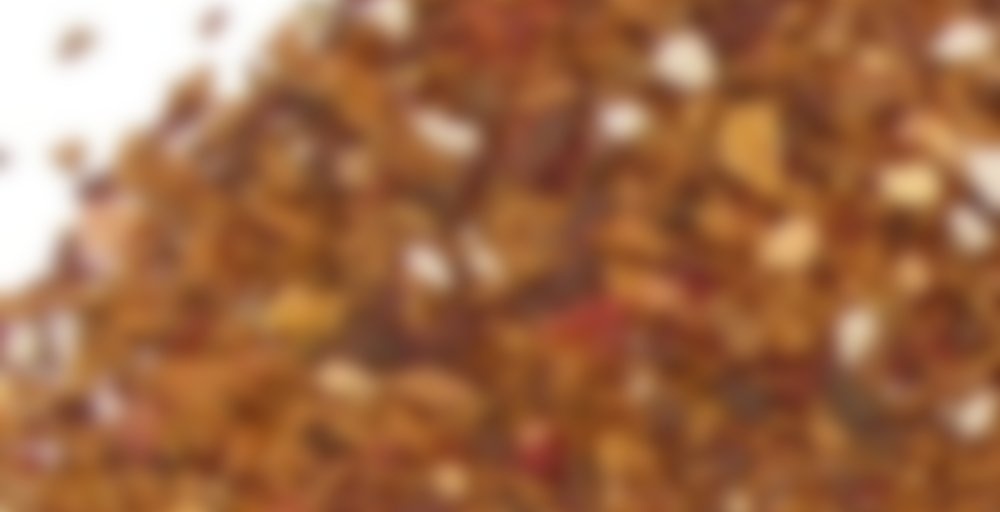 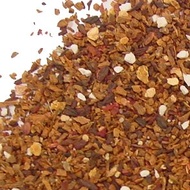 An herbal infusion with the delightful essence of cinnamon and plums. Heartier than most herbals, this one has a presence that will surprise you.

So I was reading on here earlier today (I think it was someone’s note? or maybe it was in the comments?) about how they usually use more than 1 tsp of tea when they are making herbal tea so I decided to try that and see if that would get rid of the weird texture that I experienced on my first go around. (yay fiber powder!)

Well, it did THAT yes. AND it brought out the plum taste really nicely. But it also strengthened the cinnamon to almost unbearable levels. So as I drink it I am mostly thinking “I should try other teas with plum in them, this definitely has potential,” but I’ve basically already dismissed this tea.

Always fun to realize you are able to expand your tea choices especially since you they it would never happen. Way to go!

Captian Kirk in the house…no earwigs though right? LOL

Well, this is certainly potent and probably better made with a t-sac. This kind of seemed to permeate into the older teas in the tea box so I had to toss a few, but they had no scent anyway.

So this is very fine, I usually think Perfect tea mug infusers are pretty good at not letting stuff through but it was no match for this tea. It’s very cinnamony and it’s also very bright red.

AUGH I cannot drink this, it just feels like particles everywhere, and it’s incredibly tart.

I decided to water it down and ice it. This is far more tolerable.

Definitely not one to let sit and steep for even 5 minutes. I already have another sample of this so I’ll put ANOTHER bag around this cinnamon filled bag and hope for the best in the next box, haha.

i’ve never tried a plum tea! that sounds fantastic though! :)

This SMELLS wonderful! Plum and spice for sure!
It ‘brews up’ extremely dark! Purple.

This is puckery!
Sour!

Not sure if I can handle it.

Sounds like one of those blends that desperately needs sugar.

Yikes, another strike out.

Whoops, let this steep too long. I got wrapped up in character development and lost track of steeping. So this cuppa is kinda bitter. This is a stand-in for my holiday fave, Sugar Plum Spice from Celestial Seasonings, but it’s not nearly as wonderful.

IMO, the flavors in this are too bland, and there isn’t enough spice. It’s more plum-y than spicy. Of course I’m comparing it to the aforementioned Sugar Plum Spice, which isn’t entirely fair, but my tastebuds are in a picky mood today.

This is drinkable, and is nice in the PM, as an after-dinner tea. But I still think it needs more spice. I think I added my own spices to it once, and maybe I should do that again… There is hope, hang on!

Character development, huh? Are you writing a novel?

My mom got this tea from a friend and gave it to me. I’m always excited to try new teas, so I was excited to try this one! I did read that this was an herbal tea, so I thought it might be another delicious late night tea. So I opened the tin, and the bag, and…….

…….smelled a wonderful cinnamon aroma! WOW! This is obviously the main ingredient. I was just hoping this blend didn’t include hibiscus (NOT a fan of hibiscus). I read the ingredients: cinnamon, rosehips, and hibiscus [BIG SIGH!!]. I wasn’t expecting much. :// The cup color was a beautiful purplish-red, and did smell of cinnamon (AAHHH!), and hibiscus [UUGGGHHH!].

I really could taste the cinnamon, and the hibiscus. The hibiscus gave this tea the tart, plum-like flavor. I like a little tartness, but the tartness was a bit too much for me in this blend. I also noted a spicy quality on the back of my tongue, which I originally thought was ginger. I’m not sure. Could it have been the rosehips?

Overall, an average blend; and, thanks to the cinnamon, this will be a tea I will finish-one occasional cup at a time.

This sounds a lot like Rishi’s cinnamon plum which also has hibiscus in it. I foolishly bought 1/4 lb. of it at one time & It has been taking me forever to finish mine.

Yeah I have somewhere between 2-3 oz, so unless I ice it, I wont finish it untill late summer or longer. ://

from the Traveling Tea Box!

a nice bold herbal. i think there might be some hibiscus in it? hibiscus is not plum if you ask me. i can tell the difference. and you can’t cover it up with cinnamon either.
that bit makes it sound like i don’t like it. but i do. i do like it enough yes. but harney has a way of being cinnamon heavy i think. or maybe it’s just me? so i like it, but with some reservations i suppose.

Somehow this little Harney’s sample has seemed to escape my notice until now. It smells wonderfully of spicy cinnamon and sweet plum. The tea is a thick, dark reddish purple color. Wow, this is tart! The flavor is all mouth-puckering plum with a cinnamon aftertaste. Adding a little sweetener cuts down on the tartness, but it is still a little overwhelming. I probably wouldn’t have bought this tea if I had realized that there’s hibiscus in it. If you like hibiscus this would probably be a nice winter blend for you.

So far I have not been disappointed by any tea from Harney & Sons. I think that is impressive since I am very picky. This tea does not disappoint either. This tea sample was also a gift from chris_s (who just posted his first review today, so everyone should go follow him).

When I opened the bag, it smelled amazing. It smelled like cinnamon toast. I couldn’t wait to steep it. The tea itself looks like a cinnamon colored ground coffee or a coarse hot cocoa. I used a tea-sac for this one. It brewed up to a light purple-ish color. It smelled like candy and cinnamon. When I tasted it I got candy, then cinnamon, and then plum flavors. It’s almost like a cinnamony mulled apple cider, but with plum and more mellow. It’s complex and I really really like it. It’s such a nice afternoon or evening treat.

I really bought this one for my husband as he has been searching for a replacement for his beloved Plim Harvest. He also loves anything tart. However, we like to share decaf teas at night and I’m not too into the tart side of things. I was hoping this would be a nice middle ground for us.
When I opened the bag, it was dust. Seriously, this teadust put my Chatsford infuser to the test. Chatsford won! This tea smells primarily of fresh ground cinnamon but I believe that tart is the first noticeable flavor followed closely behind by the fresh cinnamon. I added a bit of cane sugar and bit of half and half which surprisingly isn’t a total mistake with this tea. I think the additions help me to enjoy the tartness more than I normally would. My husband hasn’t tried it yet, but I suspect it will be a hit.

Part of my saturday sampler day. Ground up cinnamon and plum. Time to break put the Chatsford infuser basket. Tart, cinnamon. On first sip, I did not think it was very good, but I continued to sip and found it to be tasty and a nice edition to evening tea choices.