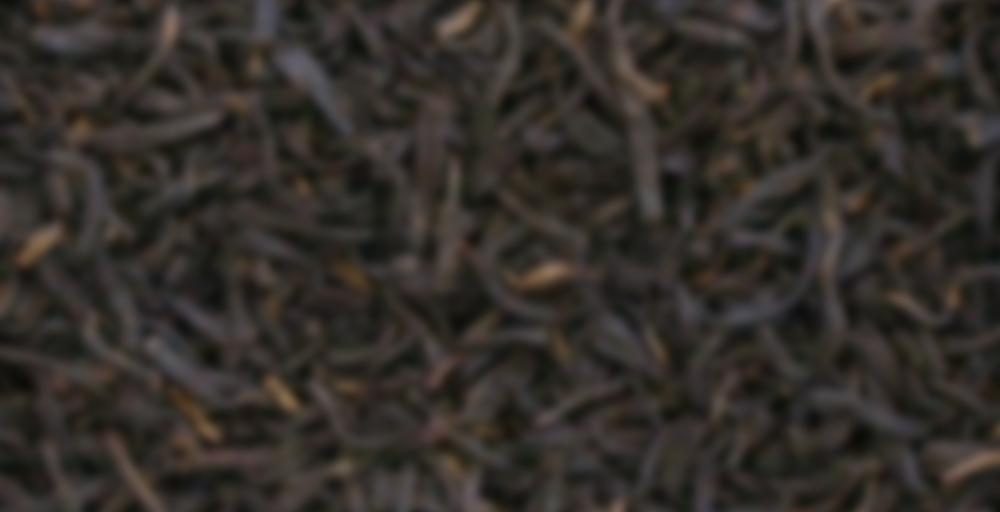 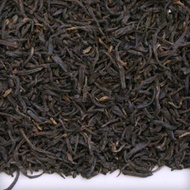 Inspired by Angrboda, I felt the need to try something smokey today. Buuuut, as it turns out, my Lapsang-exclusionist practices combined with the worst organization of 20+Kg of tea you ever did see has left me scratching my head over where I had Lapsangish teas hiding about. It may seem a silly question to some, but why so little in my collection when I’ve reviewed more of that kind of tea than some of my favorites? Well, while I’m happy to taste samples and screw with brewing parameters to the extreme to challenge my prejudices on tea types, this is how I think of most Lapsang Souchong:

Yeah, a little smoke is nice… Just not enough to beat my senses to a pulp. And definitely not that chemically-tasting junk that has liquid smoke added to it.

Anywho, I gave up looking and just went with a particularly smokey Keemun-style tea instead.
I got a pound of this from ITI last April and it’s as potent as ever. I do take issue with the labeling as being “the finest Keemun” when it’s from Sichuan, but am glad they list the origin prominently in the title (unlike some of the resellers). In terms of fine-ness, or whathaveyou, it tastes good but the “finest” thing about it is the grading. There are so few leaves in here that are not the same approximate length, width, color, and degree of rolling. That translates into this being one of the most consistent teas per pot if other parameters are held in check when simply measuring volumetrically. I was having a real doozy of a time trying to brew tea this past week when I forgot my centigram balance at work several times (personal control issues – not difficulty getting good results), but with this tea it doesn’t much matter. A level tablespoon comes out being within 0.07g over the course of 25 samples… Yeah, there’s some variance and I ought to take more samples than that for significance and such but I’m lazy and how many people really feel a crushing need for 0.01g resolution or greater every time they brew tea?

This time ’round I went for a couple big mugs of tea rather than my usual smaller service with more infusions.
8.5g tea in water brought just to a boil so in the 30sec gap between preheating and pouring on tea the temp in my 1.5L kettle had dropped to 99C. Reheated same water to like temperature for second infusion. Water mass was 357g first round and 348g for the second infusion using 4min and then 5min steep times.

Dry leaves are wee lil’ black needles coiled tightly lengthwise with a smooth curve making most of the bag sort of resemble cartoony eyebrows. This tea would actually work well in combination with a couple dots to make all sorts of little smiley or frowny faces… I’d better keep that idea for later…
Dry fragrance is a mix of hardwood smoke, burned pine wood (not pine smoke), dried and live cone bearing horsetail ferns, and a sort of shifting fruit characteristic. Bugs me when fragrance shifts, ‘cause unlike aroma and flavor it’s most likely due to desensitizing to the smell. Opening the bag, this goes from woodsmoke and a bit of tar to burned wood, to the smell of an area a grassfire razed a week or so prior, to the smell of peaches then oranges then apples. Lesson of the story – if you want smoke to be perceivable in your cup, don’t stick your face in the bag more than a couple times over the course of a minute (here, I am evaluating fragrance mostly after drinking a full mug, before my second cup).

Wet aroma is like wet burned conifer. Something like redwood with that sort of fibrous moist bark aroma, but more of a Bishop Pine “snappier” woodiness tossed in. Wet leaves are wet leaves, though, and don’t tell tons about the flavor compared to the other indicators – seems to alter the experience more when preparing smaller quantities back-to-back, smelling the rising aroma upon pouring fresh water each time. A bigger pot captures more liquor aroma on the walls, though, and the mixture can be intriguing. In this case, the mix is surprisingly Nilgiri-like (especially following the second infusion) in a moist squashy and light tulip aroma.

Liquor aroma is oak and moss smoke in equal parts with rose petals. Shifts to the smell of oranges in a bowl after it starts cooling. Not much more to it, but I suspect it’s largely due to certain aromas obscuring others since I can get crazy nectarine, carnation, black pepper, raisin, tomato sauce, jack/mozzarella cheese, ocean water, leather, cardboard, or even the smell from inside my boots after a long hike from this depending on how I brew it. In general, sticking to around 2g/100mL and above 85C will avoid the funkier aromatics.

Body is at the light end of full-bodied or high end of moderate-body. While there is a light sharpness to it, it’s more in terms of acidity rather than astringency; overall it’s pretty smooth in that regard. This tea is potent, but not with any particular characteristic as most discernible flavors pop in and out with relatively light tones on par with the intensity of a Wuyi Yancha prepared under gongfu prep guidelines. Overall base is like charred hardwood (or driftwood) but other characteristics override it in sequence. Flavor starts off appley. And pie crusty. Toss in some raisins with a bit of those little grape seeds in ’em as it progresses. Fair amount of light cassia in the aftertaste. Light bite starting mid-draught and carrying onward mixed with afteraroma conjures up a heatless similarity to black Tellicherry Peppercorns. There is a vegetal undercurrent (more obvious in second infusion) with a good similarity to Brussels Sprouts but it remains in the background as a vegetal accent so no worries to you haters of all things Brassica. Aftertaste leaves lingering reminder of unflavored oatmeal and grilled veggies – kinda sweet, kinda snappy, kinda chary, and ultimately satisfyingly heavy.

I mentioned before that there lies the potential for funkiness in this guy. It doesn’t reward high-concentration-short-brew methods well, though you can produce interesting flavors from it. It winds up with off-balance body to liveliness and the potency of aroma doesn’t match to taste intensity at all. Likewise, it can come off wussy in taste when knocked below 1.5g/100mL and/or 3min steep. The period between 2:30 and 3:15 shows a pretty big difference in brewing this using near-boiling water. Beyond 4:30 at 2.5g/100mL or greater pushes tannic acidity, but it’s still approachable at 6min below 3g/100mL, if a little tart and monochromatic.

Great alternative to Lapsang. Doesn’t hold a candle to some Qimen Hongcha out there at all. Goes great with a wide variety of food – especially carby foods. Drink this on a cold winter night with some bread pudding and you’re in heaven. Have with oatmeal in the morning and you may be satiated ’til dinnertime. Gotta be in the mood for it, though.

Boiling 4 min, 0 sec
Yours I Like This
3 likes
2 comments
Edit

I tend to prefer the more smoky sorts of Keemun over the floral sorts too. A good Keemun has to be a bit of a bully, not some little lady in a pink dress and a sun umbrella. :)
I agree about the whole Keemun/Sichuan thing. It’s misleading, really. But at least it’s better than the talk I went to once where the speaker (from a local tea shop) claimed that all Keemun in the world, all tea with that name, all grades, comes from ONE estate. I have my doubts. That’s either a bloody big estate, or they’ve somehow worked out how to speed-grow the bushes… Come to think of it, that was actually the same lady who once tried to have me believe that Formosa Oolong and Taiwan Oolong were two completely different beasts. Haven’t set foot in that shop since.