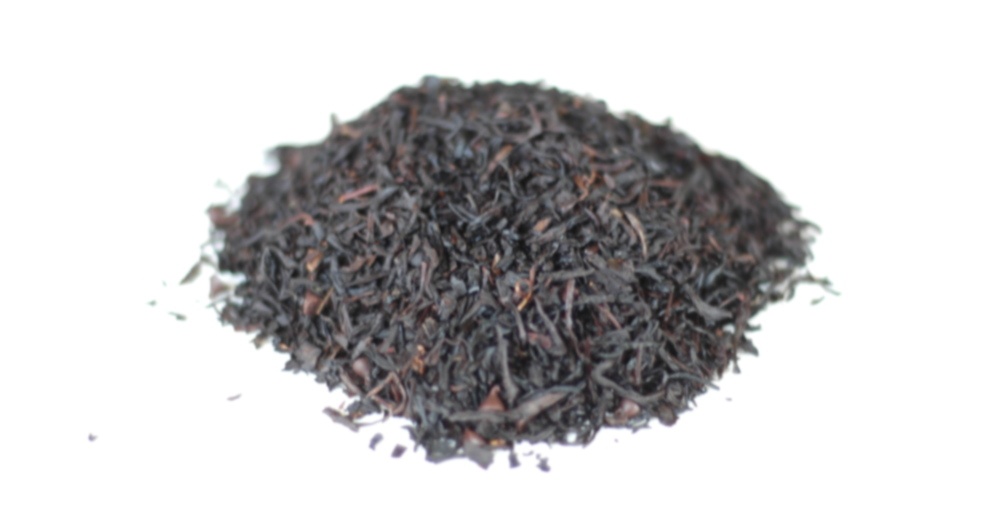 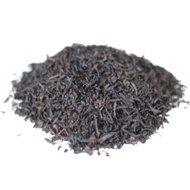 by Joy's Teaspoon
85
You

This blend of creamy black tea and chocolate pieces will leave nothing desired! Use as a dessert tea, a morning go getter or as a restorer of sanity. Adding a dash of cream and a pinch of sweet to make an already decadent cup that much richer is highly suggested!

Gunpowder Tea's in the Pot

I got this sample from Joy’s Teaspoon with an order I placed more than a year ago or so at this point. At that time I did not drink chcolate in tea. I thought it was an abomination – but I’ve finally learned my lesson. So, I dug this out and embraced the lovely milk chocolate aromas from the dried (and steeped!) leaf. It smells sweet and appetizing but there is a hint of bitterness in the aroma. I find that even now some chocolate teas (such as DT’s Chocolate Chili Chai) are unappealing and even make me feel nauseous. We shall see how this one holds up – so far, all is promising. For the record, a co-worker just arrived in the switchboard office that I cover from 1 to 2 and said it smells like chocolate – so mmuch so that she thought I was having a hot chocolate, not a flavoured tea.

First sips are not as sweet as the aroma would lead me to believe. There is a bold chocolate flavour, which actually combines the creaminess of milk chocolate and a slight hint of bitterness from dark chocolate. The taste changes on my tongue, but has a very pleasant lingering flavour. The initial sip is darker than the rest, I find. It’s very rich and decadent, though a bit too dark and bitter initially.

I must confess that I have no fondness for dark chocolate. I like the adulterated milky stuff – with sweet Cadbury being my favourite of the commercial brands. I was hoping this would be like DT’s Read My Lips, sans mint, but it’s a different beast. A little more adult and not quite my thing, unfortunately.

I don’t know how you like milk in your tea, but by how you describe this it sounds like it would make a really good latte.

Sadly, milk and I aren’t great friends. I’m not allergic to it, but I hate the taste, even in latters (although I have had some good chai lattes, but if the milk is too strong, it’s all over).

Ah. That’s how one of my friends is with chocolate.

So, since I like being honest in my reviews, I’m going to admit that this tea tasted much better the second time around, even though I did give it a pretty decent rating the first time. Reason why it’s better: I didn’t have to tamper with it as much to get it to taste good to me.

First time I did this: Steeped 4 minutes at 212 degress, and put in 3 packs of sugar, and a bit of milk, AND some extra chocolate chips. It was wonderful, but it took all that.

Second time (now): Steeped five minutes, at about 205 degrees or so, and added 1 and a half tablespoons sugar (this time regular white, not raw cane in the packet.) I think the extra steep helped bring out the natural flavor much better.

Taste: Way more chocolatey from the start, and a bit more sweet milk chocolate rather than more bitter dark. It also tasted creamier. :-) I’m happy to report I’m upping the rating (my original rating was 83) and I’m hoping to order some of this sooner than later.

I’m not a big chocolate-in-tea kind of person (OK, stop throwing the tomatoes!) so my review is a bit slanted. I like this tea OK; got it in a sampler pack. But it’s not something I would buy on its own. (This is why there is no rating.)

So my review: the chocolate taste is strong and bold. There are cute little chocolate chips in the tea which help the chocolate flavor. I ended up dumping the rest of my cup, because I didn’t care for it at all – chocolate and spicy. BUT that’s because of my dislike of super chocolate-y tea. (I like it mixed with other flavors but not on its own.)

If you like chocolate tea, this is the one to try. In fact I’ll send the rest of my sample to the first person who asks for it. :)

Too bad you already sent my package.. I would have taken some to try LOL.

I’m with you on this one…I don’t have a whole lot of use for chocolate teas. You’re not alone!

I sent your package today but if there is anything of mine you would like to sample just let me know!!! thank you!

I got a little sample of that too which I am terrified of, since I am not a chocolate in tea person either.

Kristen – thank you! :) And I’ll send this out tomorrow morning. (Seriously, the tin is beyond cute.)

This tea wasn’t for me. I bet other people would like it though. I like a darker chocolate, I think this is a milkier one.

Today was quite the adventurous tea day. Four new teas to sample (counting my early morning tea). This one is courtesy of QuiltGuppy! Thank you!

This was my late morning tea. I prepped this in a cup with my new bamboo strainer. 1 1/2 tsp tea, 6 oz cup, freshly boiled water, 4 minutes. Lightly sweetened.

This one has a rich chocolate taste. I could definitely get used to it. It is probably one of the best chocolate teas I have had to date. It is hard to compete with my favorite, though, on cost. If at some time I am planning an order from Joy’sTeaspoon, this will be on my order.

yummy! This tea was so good it made me get back on Steepster after a social networking vacation! I think the chocolate is rich but does not overpower the tea. I added a little vanilla sugar and a small splash of milk…oh my worth a few repeats! I tried this sans sweetner and milk and it is good but the creamy chocolate is helped by the milk.

Backlogging from yesterday. Received a sample of this From Naomi – thank ya!
And I have to say, this is the best chocolate tea I’ve had! I decided to try this right after I was disappointed by Read My Lips chocolate tea from Davids Tea. I have to say in comparison, this isn’t strange artificial chocolate tasting me to me at all, it’s more like fresh baked brownies! Scent and taste. And it still tastes like tea, it’s a great balance. I added brown sugar to really make it a decadent treat. I didn’t add cream because I was out but I’m sure that would be amazing!

Second steeping: not as chocolatey as the first, but that’s to be expected since there is chocolate in it. I was also afraid after overbrewing my black Cha Yen Thai Tea from Teavana that all blacks would oversteep as quickly so I don’t think I steeped as long as I should have and it ended up on the weaker side. I’ll have to smell the leaves when I get home to see if I think I can get a third.

My husband suggested adding chocolate chips to regain the chocolatey goodness but in my head I protested thinking, ‘if I add chocolate chips then I KNOW it’s not calorie free but if they add them I can pretend.’ I’m such a girl!

First I want to thank KeenTeaThyme for sending this for me to sample. She added two other goodies that I am anxious to sample but since I am a chocolate addict I decided on this one first. Next let me say I LOVE Joy’s Teaspoon!
The tea smelled like chocolate and made the kitchen smell lovely but the flavor was not what I was expecting. This was not my favorite chocolate tea…something seemed off with it to me. I can’t place it but I am glad I got to try it.

Guess you had a similar response like I did… now I don’t feel so bad. Maybe I’ll try to tweak it. I’m still a huge fan of that tin! I am currently storing some advil in the lavender one I had and makes the pills smell nice… great. now I sound like a drug addict! ;)

This tea smells fantastic. It reminds me of chocolate brownies. It is delicious, but add cream and sugar and it is sinful!