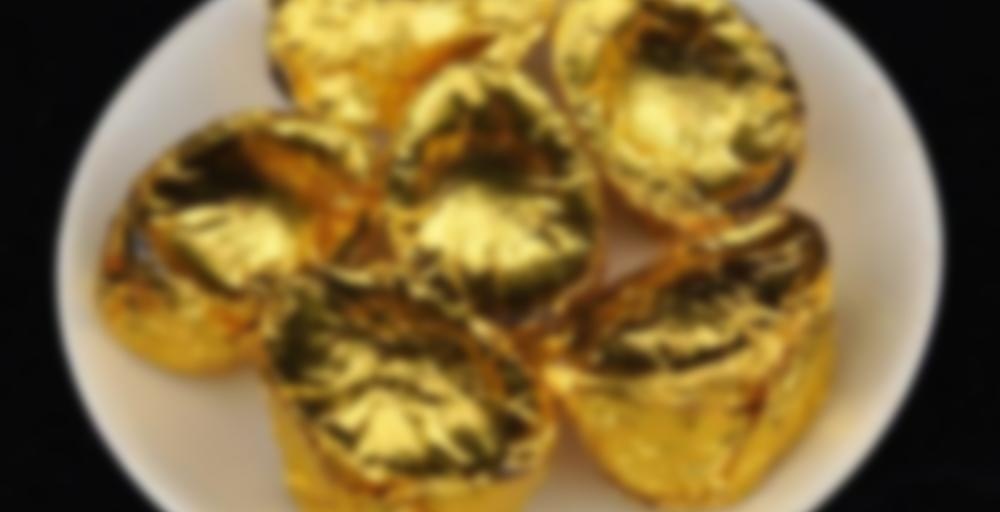 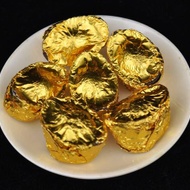 by Mandala Tea
80
You

Thank you mtchyg for this sample! I started a new page for this as it is from a Mandala mini tuo sampler pack and the only page for a similar tea on Steepster is from Yunnan Sourcing (I borrowed their picture for now as it looks just the same).

These little ingots are pretty cool looking, and I suppose they might bring you good fortune if you believe in luck. I could use some, so I’ll play along. :3

The scent of this little shou Puer ingot after a rinse reminds me of dew on tall grass and brush on a cool summer night. Pretty specific, I know, but it’s a similar scent, hints of mud and foliage. As the wet leaves cool, they smell like root beer. As for the taste, yes I’m also getting some subtle similarities with root beer, particularly I’m tasting burdock root. It’s light and rather sweet starting off, a hint of metallic flavor. Tastes a bit like dried medjool dates as well.

I have to tell you, I was somewhat expecting this to be a throw-away. I figured the ingot shape and gold foil were the selling point, since good Puer doesn’t need any such novelties to sell. Let me tell ya. I’m pretty impressed with this tea by the second infusion. It is still rather sweet, smooth, and full-flavored. Flavors are similar to the first infusion but more pronounced. There are some hints of mud and cocoa in the finish. The burdock note is still prominent.

Texturally, this tea seems a little… “gritty” which is a weird way to describe it since I’ve filtered it pretty fine so there isn’t any particulate floating around in it. It isn’t drying… it just seems a bit coarse in a way. However is more of an after-effect. It goes down smooth. The taste on the third infusion is still really nicely sweet and full-flavored. Similar flavors again.

Infusion four has a smoother texture, and the sweet flavor is more mellow now. The flavor profile really hasn’t changed much. It’s consistent and good. I’m getting more of the same on the fifth infusion. This tea is very, very tightly compressed and I think you could steep this thing probably 20 or 30 times before you’d lose flavor, to be honest. only about half of the ingot has broken apart by the fifth infusion. the center is still very solid.

I would rate this pretty highly where shou goes. It doesn’t have a very changing or complex flavor, but it’s a very good flavor, and on the sweet side. It’s not the cleanest tasting one out there, but way better than I expected it would be. As for the design, I suppose it could be festive for something like a Chinese New Year celebration?

Mandala probably sourced it from YS. They seem to have a few YS teas.

I’m glad you enjoyed it! I found it to be one of the more intriguing mini’s I have had.