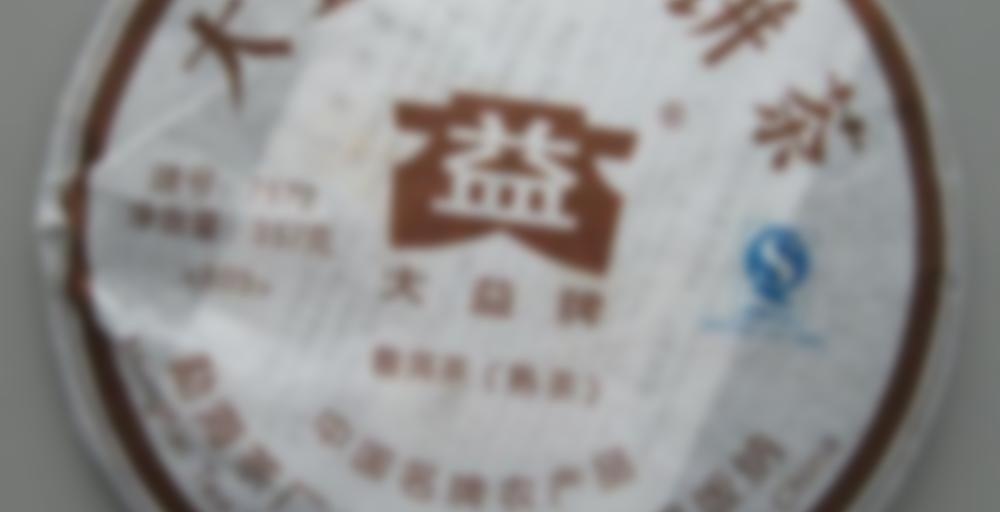 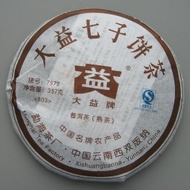 by Menghai Tea Factory
72
You

A proven product with constant quality, nice and tasty, a very unique ‘Menghai’ flavor, it’s very hard to find a competitor against this cake. This cake has the best investment value seen in the past, a 2005 vintage cake could be seen its original price doubled easily, fetching a 100% return.

This is the tea we admired the most and take it as the benchmark to judge other ripen teas, unfortunately few teas come close! It is a bit too young to drink right now, however after a year or two you would be very pleased.

This is a relatively nice tea but didn’t seem as good as other 7572s that I have drank. Perhaps that was because this was batch 807, the seventh batch of the year or perhaps it was because I was concentrating more on photographing my tea than tasting it and it had got rather cold by the time I finished it. Still it was a good tea with a lot of flavor.

I am brewing this in a pretty new zisha clay gongfu style pot. It’s a little pear-shaped one, and after a lot of internal debating, I decided I’d use it for Shu Puer. This Puer is pretty smooth, sweet, and creamy for a Shu Puer. It has a bit of the leathery aftertaste, but not too much. Of all types of tea, Shu Puer tastes the most consistent to me, so usually when I have it, it’s very subtle differences that make its character different from others of its type. Only a couple so far have had any significant stand-out qualities to me.

By the second infusion of this tea, I’m already getting an even smoother quality and none of the earthy aftertaste. It’s more mouth-coating and sweet this time, making me salivate more. Third and fourth infusions are similar, just not as sweet and a bit more dank and earthy. As for notes… musty, earthy, woody, and nutty all describe this tea. The usual shu Puer flavors. It’s a pretty clean one though overall, and mild.

Very good shu, prepared gongfu in a 6 oz. Yixing pot. Used 6g of leaf and rinsed once for about 10s with about a minute rest. Used short steeps at around 15s increasing the time slightly after the second infusion.

These Dayi shu cakes are really good, and I don’t even see the need to let this one age for a year or two like the description says. It brews up clear and tastes clean and malty with some caramel and pipe tobacco notes.