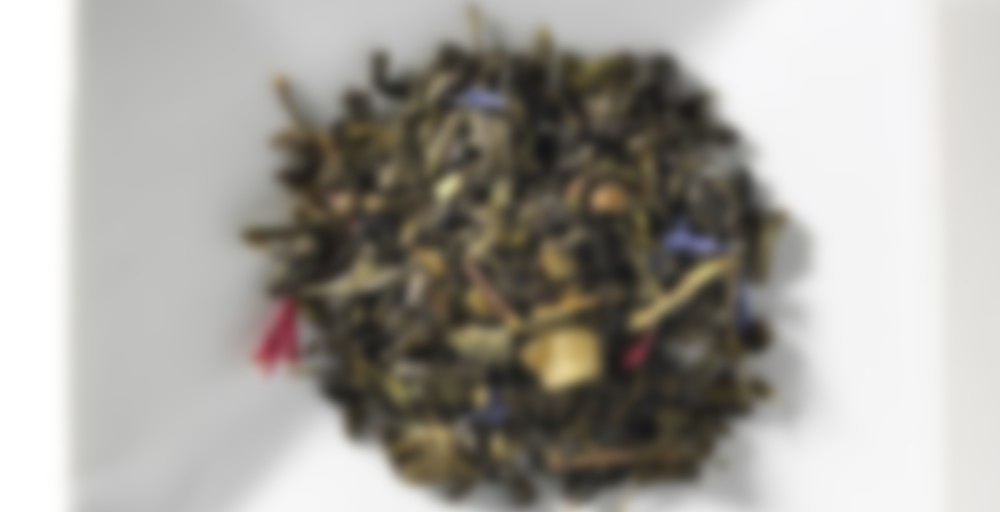 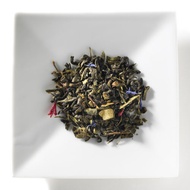 by Mighty Leaf Tea
66
You

with 104 Ratings Rate this tea Rate This Tea

Green Tea Tropical green tea boasts smooth green tea leaves that harmoniously blend with sweet tropical fruits to create a sensation as uplifting as a breeze of the isle of Papenoo. A healthy and refreshing blend rich in antioxidants, Green Tea Tropical makes an ideal introduction to green tea.

Having an afternoon tea here, this came for free at the office, I actually don’t mind this one. I brewed it and then poured it over ice and it’s pretty good that way. The sunny weather here is perfect for iced green tea, I somehow crave green tea more when the weather is warmer and go “back to black” when the fog returns. I guess it makes sense! This is lightly tropical and reminds me a bit of mango/papaya but still seems a bit more artificial than I would like.

Had this earlier while out with the kids, because it was the only tea on their roster that appealed to me. I doubt I got the full effect, as it came to me already immersed in boiling water; I took out the teabag immediately. I wish I’d let it steep a bit longer because the flavor was weak, however the water was just too hot, and I was too impatient. I wanted tea!

The tropical fruits (mostly mango from what I could tell) mingle nicely with the green. It’s okay, however I wouldn’t seek it out in the future.

Wow, alright. This appears to be a tea that Steepster either loves or hates. We’ll see how this goes.

The dry bag smells very appealing. Like a mix between sencha, pineapple, and mango. Heavy on the pineapple, but I guess that’s what they mean by “tropical”. I was hoping for some coconut, but oh well. But it also smells like there’s going to be some actual green tea flavor in this instead of a hint like what I’ve been drinking lately.

The tea brews up to a yellowy tan and… I oversweetened it. Why did I think I needed two packets of Abriva? Still, I can tell that even beneath the sweetener, this isn’t bad. It is mostly pineapple flavored but not sour. Very, very fruity! There is a wholesome but uncomplex green tea taste mixed in to back it up. I bet this would be very good iced. Sadly, I only had one bag to try, so I’ll probably never know.

It tastes like fake and overripe/almost rotten mango with a base of bitter, low quality green tea. If I felt like manning up, I could probably drink this cup, but I’d be making a face all the way through it so I’m gonna pass.

Sorry it was no good but your description of it truly gave me a bit of a chuckle. Hope you made something else to cleanse that palate after that cup.

Rotten mango, yum! Lol. Sorry it was so face making.

I suppose the nastiness just makes me appreciate the good flavored greens even more, right?

Got another one of these tea bags in a sample from a gift my sister sent me. Tastes richer than I remember. I’m currently waiting on an order I placed with Mighty Leaf that has a green tea assortment box. Can’t wait to try other types. Apparently my order is slowly crawling across the country from California to South Carolina. S-L-O-W UPS Ground service! Ugh!

I’ve had a similar problem with Mighty Leaf – their shipping times and delivery are slowww. Maybe I’ve just been spoiled by Adagio.

And it’s STILL not here! Was stalking the UPS driver yesterday. Supposed to be delivered today but I’m not counting on it:)

After the dryness and aftertaste of my last tea this one tastes extremely sweet and gently fruity. I have not noticed this before…but then again…I think teas take on a different taste just like wines – when you sample multiple…

I quite agree on the wine thing. I’ve noticed that since starting using Steepster this way and having it turn into a bit of a game to see which notes I can pick up, I do it when I have wine too. Try to see if I can find the notes they say on the label. Usually I can’t really. I don’t think I’m really experienced enough yet. Or I lack imagination.

This is the first Mighty Leaf tea I really loved, and it’s still delicious. The green tea is nice and smooth and light, and the unidentifiable tropical flavors linger in the background with a nice sweetness. There’s something in this that makes it almost taste lightly carbonated to me – I have no clue what it is, and I could be losing my mind, but it makes it all the better.

Yeah, it’s weird.. this stuff kind of dances on my tongue like a soda would.

My stomach was feeling a little unwell earlier, so I figured that I should skip the black tea I was craving and go for something a little lighter. So, I found this in my “drink these first” box. It smells a lot like the Tropical Getaway from Compass Teas I had earlier today. I don’t have a thermometer, unfortunately, so I have to guess at the water temperatures for anything less than boiling. I should probably pick one up soon. This tea keeps the delicious fruity smell during and after steeping. However, I’m guessing I didn’t get the temperature right, since I’m getting no fruitiness and instead a somewhat bitter green tea. There almost seems to be a soapy flavor. Definitely need to pick up a thermometer before I kill any more helpless teas.

i went to the post office to mail of some swaps and then on my way back to the office walked through the big ritzy Jefferson hotel that is a block wide. so when i say ‘walked through’ i mean took a short cut through the hotel to the next block over haha.
then decided to get a cup of tea.
they have a small to-go shop on the lower lever and i looked at their tea list and the special blends include ‘richmond blend’ from rostov’s coffee & tea. …. the only cup of tea i’ve ever paid for and then dumped out.
(rostov’s is a local business here and the first place i bought loose leaf tea. and they sell their tea in plasic ziplock bags and as i drank more tea as a newbie i eventually threw them all away and didn’t finish a single bag of their tea once i learned better.)
this does not bode well for my chocolate high tea reservation at The Jefferson in a few weeks.

this green tea is NOT from rostov’s. but the notes and ratings on this tea from Mighty Leaf are not so great either. however, personally, i think this tea is fine.
i did understeep it, cuz i was walking with the paper to-go cup and understeeped is WAY less annoying than over-steeped. the green tea is fine and the fruit is just a nudge.

The hotel I stayed in a couple weeks ago provided us with this tea, so I took it home to try. After my first sip, I thought to myself that there wasn’t any flavour at all. Just tasted like hot water.

After a few more sips, the tropical flavours come out a bit more. I can now taste the mango, but it tastes a little off. The tea smells alright though, like a tropical fruit gum. But as this is cooling, it’s getting more bitter. I did steep it a little longer than I should have since I was preoccupied washing blueberries, but it’s still all wrong, and a disappointment. It’s not terrible, but it could have been better.

This was one of my first introductions to flavored green tea (and maybe green tea in general). I think I’d have a hard time going back now… :)

Haha yeah, you’ve moved onto better things. I actually really like their teabags, the material they’re made out of, but it’s too bad the tea inside wasn’t better.