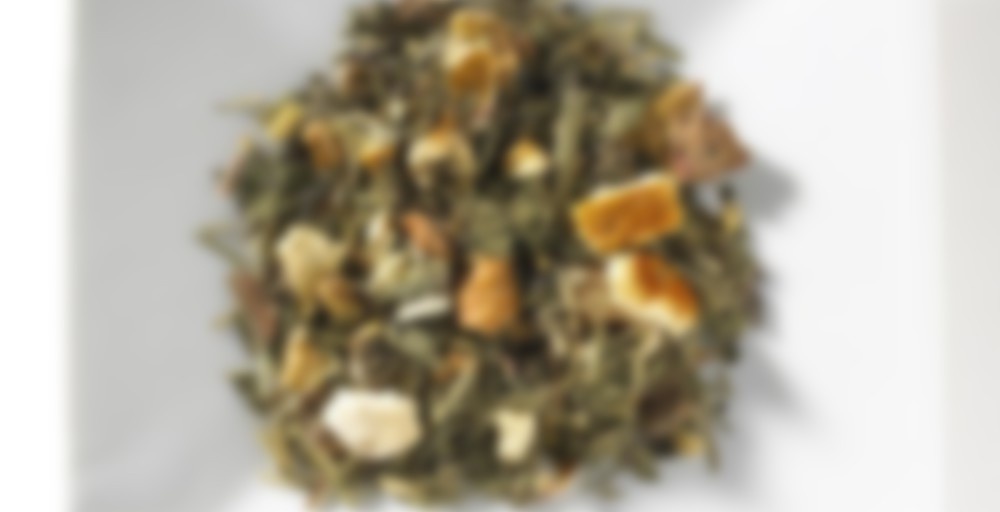 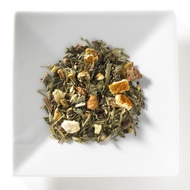 by Mighty Leaf Tea
72
You

After reading so many tasting notes about so many fellow steepsterites getting colds, and stuffy heads, I figured this tea sounded like a good clear my head tea for this afternoon. Mighty Leaf claims this has a high dose of antioxidants and that is just what my body needs right now. I hope to make it at least through Christmas without getting sick. Only a few more days to make it.

About this tea, it certainly smells of lemongrass. The taste is sweet and grassy lemon grass with warm ginger running through it. I’m not getting much of the tropical fruits, but there is more to the tea, something that gives it a fullness on the tongue. I wish there was more of a tart citrus lemon to this, it is quite medicinal with just the lemongrass and ginger coming through.

I bought this tea for someone who then gave it back to me. I needed more herbals in my life anyways. The name of this tea is kind of misleading. You’d think there should be a stronger ginger flavor but it’s really mainly lemongrass and citrus with a coolness from the mint. There’s also a sweetness that I’m thinking is the licorice and fruit. I don’t taste the fruit flavors though. The ginger is just barely there. I probably couldn’t pick it out if I didn’t expect it. And I’m actually a huge fan of mint, but I’m not sure how it works in this tea. It doesn’t mesh with the other flavors.
I think I’ll be saving this one for colds and sore throats. The soothing mint and ginger should be great for that. And the cold weather season is upon us so it’s perfect.

Mighty Leaf teas always look so pretty and I like that the sachets are transparent enough to see the ingredients inside. This particular tea smelled a bit like pungent, musky, mint when it was dry, but when it’s steeping the lemongrass took its turn on the stage leaving me wondering if there was any actual ginger in the Ginger Twist!

The flavour is almost a mish-mash and I’m not sure if I like the way the various elements have blended together. There is ginger but it’s actual quite weak-tasting – of course I’m used to drinking pure gingerroot tea as a medicinal tisane so maybe I’m biased.

81
Anthony Bazic
81 tasting notes
A choice of tea over the standard Chamomile or Lavender, kick it up a bit with some herbs, some good fruits to give of notes and what did I got? A fruity-herbal aromatic, light tasting of a fruit cocktail with assertive but moderating touch of ginger on the first sip. The second time around I actually slurped the tea to make out the missing herbal components, its quite a tangled mess of flavors that tends to be mute on the first and second intake. I decided to give it some time to cool down and what do you know? The herbal component shown itself and I quite pleased of it but it needs to be a little assertive with the herbs. A choice drink over the standard chamomile and Lavender, its quite a tea I should say!

slurping is a good thing when you want to really go all the way into the tea inkwell!

Agreed, though an “un-cooperative” tea may need some “exploration” to really find its profile. I was really looking for the herbal-ness to shine out a bit more than stay back. The only tastes that was assertive was ginger( not surprisingly), it just needs to assert a little more but not all the way where it starts conflicting sorta like hibiscus tea. Its still quite a drink in my opinion.

Backlogging I tasted the fruit with abit of lemongrass and ginger this herbal was fairly good.

There were popping noise while steeping! It was surprising.

This was a sample pack I choose when I placed my last order online.

I believe it may have done better with a bit of honey, it wasn’t as gingery as I was expecting from the name and was a nice tea to keep me on my toes as it cycled through various pleasant flavors.

Well, it’s officially too late to drink an actual tea, so I spent some time leafing through my tisanes and decided to try another of the ones Jillian sent me. I wasn’t really in the mood for ginger, but the tasting notes for this all seem to agree that the ginger’s quite weak.

The bag looks… ehr. Weird. Bread-like pieces and leaf shreds, and it smells dusty but herbal. Brewed this in my little teapot, but decided to test out the beautiful handmade mug (and matching tiny dish which I now designate as my teabag/teaball holder) that I got from a nice lady vender from the setup on-campus today. She sold her own-made clayware (and some pieces from friends with permission) as well as her knitwear (and again, a few pieces made by friends with permission). When I walked over there, she was seated and knitting another scarf. All organic wools.

Brewed light. A pale gold colour. It looks like just plain water in my mug, because it’s such a deep maroon colour.

…Ehr… Smells… I think there’s some ginger in there. Smells hot and sour and musty to me, though. Like… one of those ‘wellness herbal potions’. I’m afraid. There’s smells I recognize, but I don’t know from what. Sour smells, though.

It… pretty much tastes like it smells. A bready mustyness, with slight ginger… And lemon. Lemon without the tart, actually, which I assume must be the lemongrass (I’ve never really tasted lemongrass by itself, so I don’t have the experience to pinpoint it exactly).

It’s not BAD, at least. It’s actually quite calming to sip. Although the taste and smell are pretty much identical, it’s better as a taste than as a smell. I don’t like the whiffs I get before I take a sip. I’m not getting the tart and pucker mentioned. It tastes like it’s ALMOST sour—or at least trying to BE sour—but doesn’t quite make it. Also, I taste the mint as an aftertaste. Well, really more of a coolness on my tongue. But I definitely BURPED mint there.

Otherwise, I don’t know. It’s not… bad, but in personal opinion, it’s not really for me. Hurray for my first experience with Might Leaf, though! I’ll finish this pot, but after that, it was only a single teabag, so it’s gone from my cupboard. I don’t think I’ll attempt a second steep. I’m not sure yet. Get back to me when I finish this one.

I like this tea. I’ve been making it lately at night. It only really tastes good when the water is super hot. Not so great lukewarm or iced. This is what I call a “digesting tea”—as in, why did I eat all that Chinese food so quickly? sips Ahh, now I feel much better!

What do you do the first time you encounter a new tea? Look at it, then smell it. I was intrigued by the variety of ingredients. There’s a lot going on in that little silken pouch. Bonus points for that. But then I sniffed it — and it smelled like cleaning fluids!

Somewhat put off by that, but adventurous nonetheless, I brewed a cup. I’m happy to report that the industrial chemical scent was significantly abated by the hot water bath. Then the taste test: Not bad. A little medicinal, but not bad at all. Then it occurred to me — the “medicinal” comment was more of an emotional reaction than a taste sensation. As I pondered this, it seemed to lead me to an innate sense that this tea was good for me, that it would be a go-to when I’m fighting a cold or sinus problems.

I shared it with my wife. She drank three cups of it the next day. Her stand-by for years when fighting allergies or cold symptoms has been Lipton Honey Lemon black tea. She’s not a tea snob (yet), but since I’ve been buying and trying good teas from Mighty Leaf and Adagio, it’s gotten so that she wouldn’t wash her feet in Lipton, much less gravitate toward the stuff. This one will definitely go on our re-order list. Try it with clover honey.

I’m editing my note and rating for this one. I had a cup of this last night and it fell into the amazing category. Steeped with .5 teaspoons of raw rose honey – which is a rare treat for me. Usually I take my tea straight up. The honey did something to this tea. The ginger wasn’t as overpowering. It was actually rather soothing – even on my wisdom tooth coming in! Pretty surprising. The taste of this tea is absolutely delightful. A+