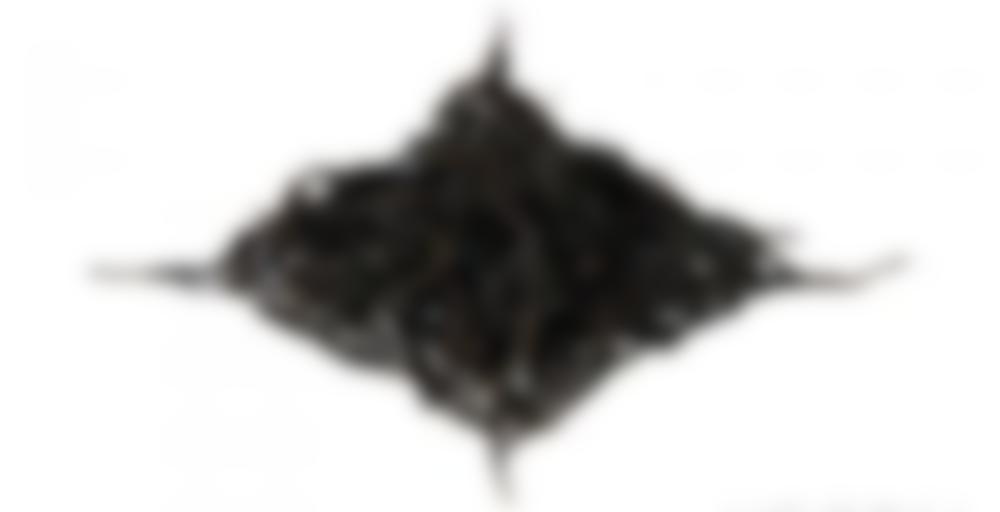 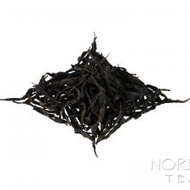 “Song Zhong” is an oolong tea produced from a group of aged tea trees growing in the Fenghuang (Phoenix) mountains of Chaozhou Prefecture in Guangdong Province. This batch of Song Zhong was picked on April 1-4 (the three days before the Qing Ming festival), 2011 from older growth trees that are somewhere between 200 and 300 years old. It was harvested on the mid-elevation slopes of the hills outside Wudong village on the northeast side of Wudong Mountain, where the altitude is approximately 900 meters (2,950 ft) above sea level.

The term “Song Zhong” can be quite confusing if you get down to the specific implications the name carries. According to one viewpoint, the name “Song Zhong” can only refer to tea produced from a particular tree on Wudong mountain that has been alive and producing tea since the Song Dynasty, sometime between 960 and 1279 CE (AD). In another, more common use of the term, Song Zhong refers to the “Song Zhong” we are offering here, which is produced from aged Fenghuang area Shui Xian varietal trees. I have also read that some people refer to the entire family of Fenghuang oolong as Song Zhong, since the style of tea produced here originated during the Song Dynasty. Confused? Me too. There really isn’t a “correct” use of the term, but it is important to note that we are not claiming to sell tea from the original 900 year old Song Zhong tea tree on Wudong Mountain.

All the naming conventions & technicalities aside, this is an amazing tea to drink. When infused, this tea produces a beautifully clear amber cup with a sweet floral aroma, and the leaves don’t tend to unfurl very much, which I am told is an indication that they come from older trees. It has a very complex flavor profile fairly similar to a “Mi Lan Xiang” (Honey Orchid Fragrance) Fenghuang oolong. The most striking difference between this Song Zhong and a more commercial Mi Lan is the awesomely penetrating, lingering aftertaste and its lack of the bitterness and astringency usually present in the teas produced from lower elevation, younger trees. Like a good Mi Lan, it definitely has sweet, woody, honey, floral and fruit flavors and aromas, but they are balanced beautifully against a background of greenish, old tree tea taste. The resulting infusion is a beautifully balanced cup with low astringency, high complexity, and an aftertaste that doesn’t seem to quit.

To steep this tea, I would really only recommend steeping it Gong Fu style using a gaiwan or Yixing type teapot. When steeped in a more Western manner, this tea’s subtleties tend to be overshadowed by the more assertive flavors that are in the leaves, although the aroma is still pretty awesome. My preference is to use 6-7 grams of leaf in a 75-100 ml gaiwan, water at about 200 F or a little lower, a flash rinse, and a 15 second first steep. Gradually increase the steeping time in subsequent infusions. If the infusion is too strong, decrease the steeping time and temperature, or if the infusion is too mild, try increasing the steeping time by a few seconds or upping the steeping temperature.

“Dan Cong” Terminology Explanation and Disclaimer:
Fenghuang/Phoenix mountain oolongs are generally marketed as Dan Cong oolongs both in China and in the West, although “Dan Cong” is somewhat of a loaded term in the Chinese tea industry. Dan Cong means “single bush” or “single tree” and refers to the ideal that true “Dan Cong” should only come from a single bush/tree. A common misconception is that these trees actually have a single tree trunk, but, in reality, they usually have the multiple trunk structure of a more standard tea bush. Most tea sold in the West as “Dan Cong” is probably (but not always) blended from many different bushes, so the term causes a lot of debate and disagreement among purists. Realistically, most truly single bush Dan Cong oolongs are not going to be available in any quantity that justifies the effort and expense of commercial marketing outside of their home area or village, so more commercial mass productions are generally sold as “Dan Cong” both in China and in the West.

Unless otherwise specified, the “Dan Cong” teas sold on this site are not single bush productions, so, when I elect to use the term “Dan Cong” in a product description, I am technically using it incorrectly to refer to teas from the Fenghuang/Phoenix Mountain region in general. I realize this is a very specific distinction to draw, but I feel that it is very important to be completely transparent about the tea we deal with.

It’s a night to yang my yixing teapots. I just brewed up this Song Zhong to feed my huangni yixing dedicated to Fenghuang oolongs. It’s really good tea, which I found more interesting and flavorful this session than the first time I brewed it. The first session was in my gaiwan, and I brewed it at the start of a gathering with tea friends the day I received the 10g sample of this from Norbu.

Honestly, that first time my friends and I all thought it was a pleasant and enjoyable tea, but nothing particularly captivating. This time, however, I found the tea substantially better. I’m not quite sure what the difference comes down to, but there are a number of possibilities that come to mind. Could it be that my young Fenghuang yixing pot is already giving back some of the flavor I’ve been feeding it? Could it be that the water I used that first time had been boiled even once before I heated it up (again) to brew the tea? Could it be that this time I was more attentive to preparing the tea along suggested guidelines for Fenghuang oolong? Perhaps all of these factors could have contributed something to the results.

The things I definitely did differently this time are the use of my yixing, the certainty of freshly drawn and freshly boiled water, and my following Imen Shan’s suggestions for brewing Dancong oolong. Her guidelines were pretty rigorous and I tried to meet them as closely as possible. With new (current year) teas, her suggestions were as follows. . . . 3-5g of leaf for no more than 120ml of water per infusion. Use water at rolling boil for immediate rinse and first infusion, specifying that the water should be poured from low to high to make sure that the leaves tumble around (I did this style of pour for every infusion). Quoting her instructions, “Force plus temperature will open up the leaves from aroma to taste.” For the next three infusions, she suggests using water at “crab eye” boil, which I assume is comparable to 190 to 200F. Then when the leaves have opened up entirely use water at “fish eye” boil, which I guess is like 180 to 190F. I don’t use a thermometer, so I’m just following my intuition with a boil-hot-warm progression in mind. For infusion time she provides a string of numbers that seems a bit overly-exacting:

I have to admit I’m somewhat incredulous at the thought that Fenghuang oolongs are really so sensitive that 2-3 seconds of steep time can make a significant difference, but I recognize that Imen truly lives for (and by means of) these oolongs, so I’m willing to suspend disbelief to some degree. I thought it couldn’t hurt to at least try taking this seriously; if it might yield a better cup of tea, I’ll try it. Though for those first 7 infusions I basically figured approximately 10-15 seconds each time was acceptable.

As for the results, I must say that I found them to be deeply pleasing with this tea. As I said, my experience of it is noticeably better this time around. I think I’ll have to experiment with this approach further on other Fenghuang Dancong oolongs, such as the Huang Zhi Xiang I just wrote of.

But coming back to the Song Zhong… this tea really started to get under my skin around infusion #3. I think Norbu is accurate in saying this tea has a profile similar to Mi Lan Xiang. This session I found zero bitterness or astringency in the liquor. It was always a heady combination of woody, sweet, and smooth throughout the 20-something infusions I drank. Fragrance to match comes out heavily when you breathe in and out while appreciating the aftertaste. Whereas in the first session my friends and I thought the profile of this tea was a little disjointed, this time I found the profile fully integrated and delicious. Strangely, there was a significant citrus note that didn’t seem to mesh well with the woody base through the beginning of that first session, but I found that whole dynamic completely absent this time. It definitely has me wondering if the lackluster quality of that first encounter could really have just been an issue of fumbled preparation. Maybe those seemingly negligible seconds do make a difference?

In any case, this time around like last time, I thought at first that the tea lacked the complexity I appreciate in Verdant’s Huang Zhi Xiang, but the tea proved me wrong. It doesn’t lack complexity, it just takes longer than the Huang Zhi Xiang to reveal its complexity. The session was getting really heady around infusion #10, when I went to refill the kettle and wait for fresh water to boil. The aftertaste grew a lovely peachy quality given the time to unfold, then later it entered a very tasty lime-like territory. That’s when I started huffing “Woah…” This Song Zhong proceeded to go the distance for another 10 infusions, and when I thought I was done I filled my pot once more for a long steep. Forgot about the steeping tea for maybe ten minutes, and came back to give my pot its final coats. I decided to try a sip of this tail end 10-minute infusion out of curiosity, and to my very pleasant surprise it was really tasty with zero bitterness. That’s got to tell you something about quality here.

And in the end, I think my teapot was very pleased with the tea as well. I gave it two coats per infusion, and five or six coats on that last long one. It looks all fat and happy now. Nice find, Norbu! Wish I had more to try it again. Now my dilemma is what to drink next… Da Hong Pao or Shu Pu’er? Hmmm……

I remember that disconnect in flavor with this tea that you mention. Interesting that you were able to get so much more out of it this second time.

I love watching and learning from your Dancong adventures!