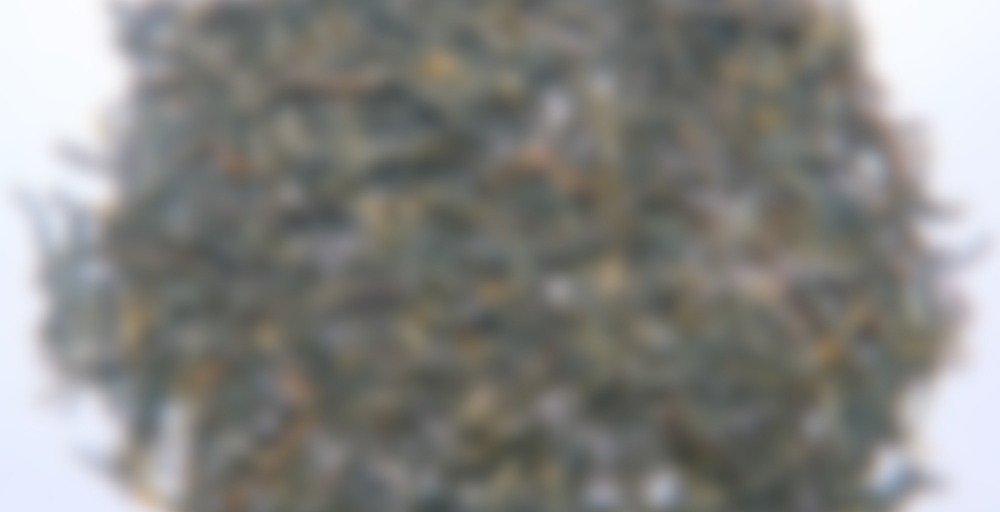 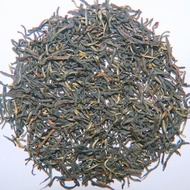 Kandy is one of the oldest growing regions in Sri Lanka. This tea is full of silver tips, has a dark almost red infusion, with strong, malty and well rounded taste.

Back on track. Nearly. I’m actually writing this based on notes I made yesterday. Writing backlogs like this usually ends up in a big past tense/present tense messy muddle, but I’ll try and control myself. Pick a tense already and stick to it! Bear with me if I can’t.

This one was initially quite confusing to me. Usually the word ‘silver’ gets attached to white teas, so I had to check several times before my brain would accept that it really was a black one we had here. No clue where they get the silver from. It didn’t even taste silver. If anything it tasted more yellow. Bright sun-yellow.

But synesthesia aside, this tea took us into the mid-elevation part of the scale, grown at 600-1200 meters above the surface of the sea. It’s also the one grown furthest to the North of all my Ceylons so far. I wonder if that makes a difference?

The dry leaves didn’t have much in the way of aroma on their own. I had to try and breathe on them a bit before anything would come out, and then it was a sweet note of honey and a little bit floral as well. Nectar is really the first word that pops into my head with that combination.

After steeping there was much more aroma and the honey note was very strong, but I didn’t get so much of that floralness that I caught on the dry. Instead I got the impression that there might be a note of grain hiding under all this bee stuff.

At this point I can’t say I was particularly surprised to find a load of honey in the flavour. Actually, if I hadn’t known better I would have thought that this had actually been flavoured with honey. That’s how strong it was and how close to actual real honey I thought it was.

Here, we also got the floral notes and the grainy notes back again. At first I thought that it might have been two sides of the same coin, but I definitely thought I noticed both in the flavour, so I decided it was more likely that they were both there independently. Which sounds ridiculous, I know. Like the flavour is made up of random coincidences and various flavour molecules meeting up randomly. Anyway, there was definitely a bit of something floral under the honey and a smidge of grain under that as well.

Primarily, though, it was just very strongly honey. I had an Assam once which would do this when brewed Just So. It was highly enjoyable, but totally unreliable. It seemed like a complete stroke of luck when it went honey-y and I never could figure out what it was that made the difference, because I thought I made it in the exact same way every time. This Ceylon came out even more strongly honey than I remember that Assam doing and two steeps of it, both heavily honeyed, implies that it does so with much more consistency.

I found this one greatly enjoyable, although at this point in Project Ceylon I will have to say that Ceylon blacks generally don’t really seem to resteep well. That’s a shame, I think, now that Husband and I, in the Age of Frugality, have become so good at always steeping a tea twice before tossing the leaves. There is a great deal of guilt involved when not doing it with these… (I’ve been spoiled by Chinese blacks, haven’t I?)

I’ve never had this one before either, so I can’t tell if I agree with myself or not.

I always write from notes – male – can’t multi-task – can’t concentrate on the tea and write proper sentences at the same time. And, yes, writing from notes does play hell with my tenses – I always struggle to keep them straight.

I often write while I’m having the cup. It just means I have to be careful to start with the middle, and then fill in any intro-y bits afterwards. Otherwise I forget about the tea and it starts cooling. :)

I like the map you have going. I put a regions map together once, going back and forth with a guy through emails from the Ceylon Tea Board but I always wound up with a few gaps in conflict with where the boundaries ought to be.

great map Thomas! Angriboda I also have a small booklet from the Colombo Tea Trader’s association kindly provided by Empire Tea Services owner Lalith (a former manager of several tea estates in Sri Lanka and now a guide, importer, and wholesale tea vendor)…let me know if you would like me to mail this to you and also check this out if you are on FB https://www.facebook.com/media/set/?set=a.436697746411386.1073741831.435275026553658&type=1
or look up Tea Around Town on FB

There was no brewing info on the website; but their code for this is ‘BS07’ and on their instruction sheet they give two to three minutes and boiling water for ‘BS0x’, which I assume is a ‘cover all’ for Ceylon teas, so I steeped it for two and a half minutes. I used a moderately-heaped teaspoon.

It made a medium-intensity, clear, slightly brownish, red brew.

I couldn’t get much in the way of nose from it.

In the mouth it was a pretty straightforward sort of tea. There was plenty of good basic tea and there was a touch of richness there which I struggled to describe, but which I eventually decided was nearest to a tiny hint of rum.

That was about it, really – it struck me as a good, basic cuppa, suitable for everyday drinking with meals.

I made a second infusion, brewed the same way.

This wasn’t any weaker in colour, and I did get an aroma this time. I can best describe it as a rusty sort of smell.

In the mouth, it seemed a little lighter but I don’t think it was a noticeably weaker tea. In fact, it struck me as more complex. I thought the basic tea and rum were a little less in evidence, but that may have been because there now seemed to be the tiniest hints of orange peel and chocolate.

I think this was a little superior to the first infusion. I wouldn’t go so far as to call it excellent, but it was good stuff.

I don’t really want another mug, but I’m curious to see what a third infusion will be like, so I’m going to make one – I’ll brew the same way.

Well, the colour’s barely weaker. I’m not so sure about the aroma, though; I can barely detect it.

In the mouth, there’s basic tea and the hint of rum – but the latter is barely there, now – and a touch of digestive biscuit, perhaps; but it’s definitely a a bit on the bland side – it’s a bit watery – and I don’t think it was really worth bothering.

So, to sum up, I think this is a really good ‘everyday cuppa’ – the sort to have with the toast and boiled egg at breakfast or similar.

ETA something I’d completely forgotten. When I was taking the infuser out of the third infusion, the brew was quite pale but I could see the rich colour draining out of the infuser – it was very noticeable – so I dipped it in and out a couple of times. So it’s just occurred to me that the third infusion might have been better if I’d steeped it for a while longer. I’ll experiment with that next time.

As far as I can tell you deciphered the instruction sheet correctly. I believe the code for the tea simply means ‘Black, Sri Lankan, number 7’

Yes. I’ve been buying from them for a couple of years, now, and it’s the first time it’s occurred to me to wonder what the occasional small ‘x’ on the sheet means. Doh!

Me too. I’ve always looked at that sheet and made a face like this O.o
It wasn’t until the last time that I finally worked out how to decipher it, in spite of the fact that I cottoned on to their coding system fairly quickly after the first time ordered. (But then I ordered sample sets then, so that made it a bit more obvious)