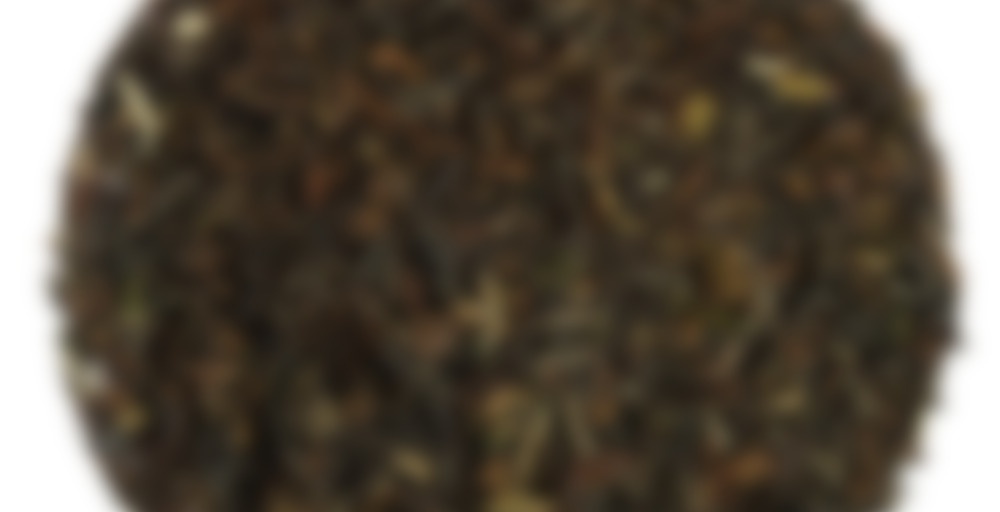 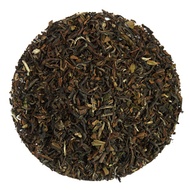 This tea is plucked after the rains in the Darjeeling Fourth Flush. This Darjeeling has more of the character that used to be imported into England 40 years ago, since when Darjeeling growers have favoured the very light processing that is preferred in Germany. Full flavoured and full coloured and if you prefer, unlike the rest of our Darjeelings, can be drunk with milk.

Don’t you just hate it when you’re carrying a full cup of tea and then you sneeze before there’s time to do anything else than just hold the cup away from your body and hope?

Anyway, I’m not really very much of a Darjeeling fan at all. I had a short period a few years ago where the thought of a first flush Darjeeling filled me with song and sunshine, but the infatuation ran out, to the point where these days I find that green grassy-spicy Darjeeling-ness a little bit unpleasant in a blend. It’s so spicy and it gets wickedly bitter on me at the drop of a hat.

How wonderful for me then, that the black sampler box from NBT had some 10-15 or so Darjeeling samples in it… Single estate, see. In many cases both first and second flushes, which I can’t really tell apart anyway. I have used some of them and I’ve given away a few and this one is, I hope, the last one of the Darjeelings. After this I should be completely unblended Darjeeling-less.

Obviously I’m not going at this as the most optimistic person in the world. But this one, being autumnal, I’m hoping should be sufficiently different from all the others. Already in the product description I’m learning something new which adds to my hopes. Supposedly the ‘make-up’ of Darjeeling has changed over the last forty years or so as the German market appears to have preferred the light, almost green, version we get today, while these darker leaves are more similar to what was exported to the UK some forty years ago. Interesting.

The aroma of it is sweet and very grain-y. It doesn’t really have much of that spicyness that I’ve come to avoid. It’s a slightly heavy sort of rounded aroma. Smooth and solid. The spicyness comes out if you concentrate and search for it, but it doesn’t assert itself front and center.

It is present in the flavour, however, and it does have a good deal of astringency and a slight bitterness. This is not a smooth tea. This is the sort of tea where you can almost imagine the brown miscoloration that you get on the inside of the cup cover your tongue.

And then that strong strong note of spice. The aroma was so promising on this one, but the flavour is all grassy-spice. It’s not quite as offensive here as in the spring flushes, but it’s still there and it’s still dominant. Unfortunately the sweetness and grainyness that was in the aroma and sort of gave me vague hopes that there might be a Keemunesque edge to it were nothing but trickery.

I don’t care if Darjeeling is supposed to be ‘the Champagne of Tea’. I would prefer a Chinese, any Chinese to a Darjeeling any day. I think I might even prefer a Ceylon…

I read that last sentence and my brain substituted “I think I might even prefer a cylon” and thought – DARN, she really doesn’t like Darjeeling. :)

Cylon… :p None of those for me, thank you.